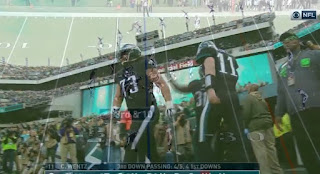 Last week, a group of Eagles players, including Malcolm Jenkins, Carson Wentz, and Brandon Graham, turned to team head coach Doug Pederson to notify him of their intention to hold a player meeting without the participation of coaching staff.

Information about the problems within the team began to appear between matches with Minnesota and Dallas. Unnamed players criticized some of the decisions made by Ventz and the club’s management. Pederson confirmed that such rumors prevented the Eagles from preparing for the away game with the cowboys.

“There was a pretty tough conversation inside the team,” Jenkins said. In the six years of his career in Philadelphia, this was the first such meeting.

Judging by the result of the last match with Buffalo, the conversation had a certain effect.

Jenkins also expressed appreciation to Graham, Zack Ertz and Jalen Mills, who contributed to improving the atmosphere in the locker room. This became noticeable even in the pre-game workout.

“We need to stick together,” Wentz said this week. - “It’s easy after a defeat to poke a finger at someone and make him guilty. Whereas everyone should move forward together. I'm glad the guys responded well. ”

The main idea that Jenkins strove to convey to his partners: to avoid personality transitions and recriminations, and instead focus on improving his game.

“Everyone should do their job at a high level. The more we trust each other, fulfill our responsibilities on the field, the stronger we are as a team, ”Jenkins concluded.
Covers everything about NFL, NFL Draft, NFL News and Rumors, Super Bowl, best NFL players in history, best NFL players, NFL Mock draft and more. YouTube TV NFL.