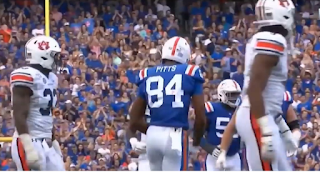 The dominant offense in the NFL today is impossible to imagine without a lot of talent in the tight end position. Kansas City, San Francisco, Baltimore — each of these teams have a great tight end on the roster that wins their micro-performances, provides an edge on the pitch and makes the quarterback's job easier. The 2021 Draft Class promises significant depth in this valuable position. Florida player Kyle Pitts already stands out among the league's future newcomers.

What we liked. Pitts is tall, very athletic, with long arms. Its versatility allows the Gators to engage the player in a variety of formations. He plays equally well in his usual tight end position, across the entire formation width, in the slot and at the edge of the field. With a long stride, Pitts escapes the defender on the scrimmage line and then picks up speed. Due to the movement, it perfectly stretches defensive formations. He also feels confident in tight cover and crowds of players. 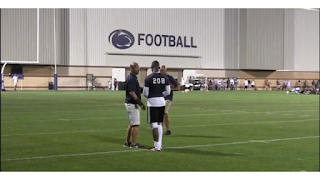 Separately, Pitts' work on the routes is impressive. He does not just run, but understands perfectly how opponents will act and due to this he breaks away from the guardian in time. He is mobile, has a large radius of catching the ball, which clearly demonstrates his touchdown in the game against Tennessee. The Pitts are the perfect Red Zone target for any quarterback.
Read Also : Scouting With Jeremiah : Patrick Surtain

What needs to be added? Right now, he lacks the mass and physical strength to play the blocks with confidence. Pitts is not afraid of contact and plays boldly, but often loses to larger defenders. This disadvantage reduces its usefulness in portable draws. The potential for growth in this aspect is obvious, it only takes time to work.

Another problem has to do with concentration. In some episodes, Pitts mentally runs with the ball, although he has not yet fixed it. Change in psychology will come with experience.
Read Also : Scouting With Jeremiah : Travis Etienne

The main conclusion. Pitts performed well against the strongest defenses in the NCAA. In the game against LSU, he beat corner back Derek Stingley and safety Grant Delpit, who had already become an NFL player. Kyle's athleticism is impressive, but even more intriguing is his trail performance, game reading skills and instincts. He easily finds free space when playing against zone defense, is able to oppose the best defense players. Pitts should have no problem adapting professionally.
Read Also : Scouting With Jeremiah :Trevor Lawrence 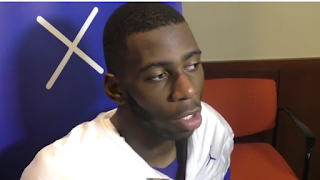 With whom can you compare? I saw a lot of similarities with Raiders tight-end Darren Waller, who played as a receiver in Georgia Tech. Florida coaches also frequently use Pitts at the headlands. Both of them perfectly stretch the defense in width and, due to the size, create problems for their opponents. In deep-field passes, they are able to catch the ball, beat the defender and gain a significant number of yards at the expense of speed. Waller continues to evolve in terms of endurance play, and Pitts will make similar progress as he builds up his physical strength. Overall, Waller can be classified as one of the best tight ends in the league at the moment, with Kyle Pitts potentially taking a place among them.