The Super Bowl 2023 will take place on the night of February 12-13 at State Farm Stadium in Glendale, Arizona. The game begins at 6:30 P.M. ET.
Home
Jacksonville Jaguars
NFL

A New Beginning by Jacksonville Jaguars

This offseason, the Jaguars, as they fashionably say now, decided to zero in. The quarterback situation is transparent. Trevor Lawrence is one of the 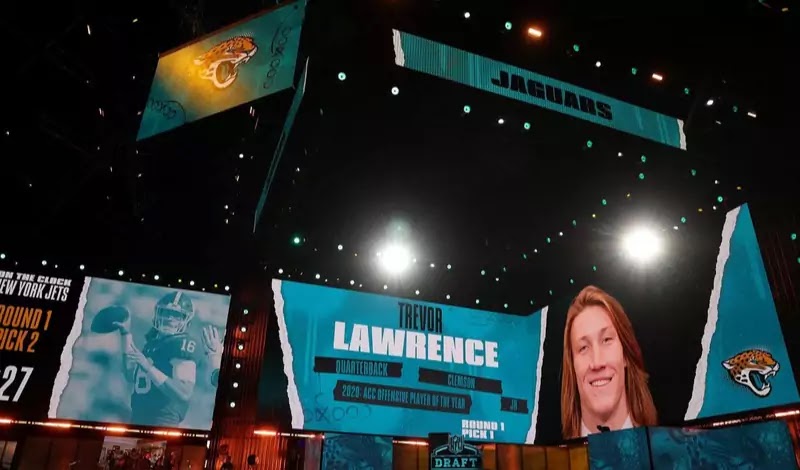 The success of any NFL team starts with the coach and the quarterback. People with other responsibilities in the organization can also be very valuable and important, but without competent figures in those two positions, success is out of the question.

This offseason, the Jaguars, as they fashionably say now, decided to zero in. The quarterback situation is transparent. Trevor Lawrence is one of the best young players in history, the club had the first pick in the draft, There was no doubt here.

When the head coaching job was being decided, Jacksonville was a pretty attractive place to work. The team had a very talented young passer. The organization had climbed out of the hole of the salary ceiling that had arisen because of poor decisions earlier. The beginning of this chain was the activation of a fifth-year option for Blake Bortles. There were plenty of interested professionals interested in the job. The Jaguars, on the other hand, made a choice that would prove to be either a triumph or a disaster. There will be no middle ground here.

Urban Meyer hasn't coached in the last two years. He hasn't worked a day in the NFL. Yes, he did perform at his best in college, but we know enough examples where outstanding gurus of college football have quickly fallen by the wayside professionally. One of the main reasons for this development is an arrogant attitude toward the new realities. During the first few months after his appointment, Meyer behaved in a similar way.

Appointed athletic performance director Chris Doyle was reminded of controversial remarks from his time at Iowa and immediately resigned. The college could have gotten away with a similar story. The club spent its second pick in the first round on early-round pick Travis Etienne. A questionable decision given the general devaluation of the running back position, the excellent season of rookie James Robinson and the signing of Carlos Hyde. The latter, by the way, played for Meyer at Ohio State. Afterward, the coach said he was considering Etienne as an early-round pick on third down, lamented the failure to take Florida receiver Kadarius Toney, and used Clemson alumnus as a receiver early in the offseason.

The final blow was the invitation of Tim Tebow to the tight-end position. It is hard to say anything about this decision other than that it caused bewilderment in the team's locker room. On Chris Collingsworth's podcast, Meyer said that Tebow would fight for a spot in the lineup like no one has ever fought before. Well, I don't think NFL players who plow like hell are going to like having a 33-year-old minor league baseball player as an example to them. How would Meyer know that, though?

However, despite some bad first impressions, Meyer knows how to coach. His overall college record is 187 wins with 32 losses. He will have Trevor Lawrence, whose ceiling is rated at the level of Joe Namath, John Elway, and Andrew Luck. The Jaguars have lost fifteen straight games, and have lost at least ten games in nine of the last ten seasons. For the next year or two, Meyer's bar will be low. The team has a good salary cap situation and it gives a chance to quickly renew a roster not currently spoiled with an abundance of talent. All in all, Urban Meyer has time and opportunity to prove that his appointment was the right move.

The highlight of the offseason was Trevor Lawrence. The decision to select him at No. 1 overall in the draft can by no means be called a difficult one. His appearance on the team should pay off the season with a 1-15 record. The Jaguars spent a decent amount on the free agent market, in some cases overpaying. Cornerback Shaquille Griffin (three years, $40 million), safety Rayshawn Jenkins (four years, $35 million), D-tackle Roy Robertson-Harris (three years, $23.4 million), receivers Jamal Agnew (three years, $14.25 million) and Marvin Jones (two years, $12.5 million), tight end Chris Manhertz (two years, $6.65 million) and running back Carlos Hyde (two years, $4.5 million) joined the team. Jacksonville needed talented players, but it doesn't look like the club benefited much from these deals. Another overpayment is the franchise tag of left tackle Cam Robinson, valued at $14 million. The roster only got better at the expense of Lawrence. Overall, you can give the club an "A" for their offseason performance.

A star is born?

The odds of Trevor Lawrence turning out to be a buster are pretty low. Mel Kiper has been analyzing draft picks on ESPN for quite some time and here is his version of the top ten prospect quarterbacks in descending order: John Elway, Andrew Luck, Peyton Manning, Trevor Lawrence, Jim Kelly, Andre Ware, Drew Bledsoe, Ryan Leaf, Troy Aikman, Josh Allen. Sure, Lawrence could be the new Ware or Leaf, but the other players on this list have accomplished a lot in the NFL. Not all players selected at No. 1 succeed, but they're not all the same either. Lawrence is not David Carr or Jameis Winston. He is one of the best young players in history. Prospects who deserve such grades usually have at least a good career. If Trevor Lawrence produces something like Bledsoe, that would be a good result for Jaguars. And he has the potential to repeat Manning's, Elway's, or Kelly's path. In short, it's going to be very interesting to watch.

Who to draft for your team? 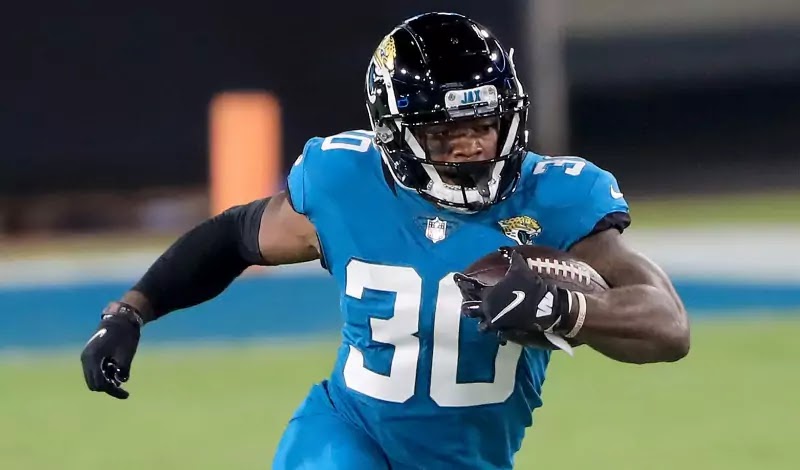 James Robinson was a real hit with fantasy players last year. The undrafted running back dragged the Jaguars' offense, eventually becoming the seventh running back of the season. But Robinson did all that with a different coaching staff and other quarterbacks. Now the competition in the backfield has grown and things could end up like the Cinderella tale for the player - a pumpkin in his second season. Robinson is still in demand on Yahoo's platform, but he shouldn't be considered a priority target. Most likely, Urban Meyer will go sailing with the players he brought in himself.

Receiver Laviska Shenault is a potential breakout candidate in Jacksonville's ranks. Meyer had quite a few schemes set up for Percy Harvin during his time in Florida, and his and Shenault's skill sets have a lot in common.

Last season, the running back gained 1,414 yards from the line of scrimmage, breaking Dominique Rhodes' record for undrafted rookies. That's exactly the kind of score team bosses dream of when picking up free agents after the draft. However, that didn't stop the Jaguars from bringing in Carlos Hyde and selecting Travis Etienne in the first round of the draft. James' story is a beautiful one, but he will see the ball far less often this year.

What will the change in the defense's scheme of play lead to?

The Jaguars' two most important defensive players are edge rushers Josh Allen and K'Lavon Chaisson. Both were selected in the first round. Allen made a great debut in 2019, but only made 2.5 sacks last season. Chesson distinguished himself with one in his first season.

In the 2020 championship, both played in a 4-3 scheme. So far, it's looking like we'll be seeing this tandem as outside linebackers in a 3-4 formation more often this season. Perhaps that will be the key to their continued progress.

Josh Allen, in an interview, was optimistic about the changes in the system of the game. If the ideas work, so will Chaisson be the necessary foundation to build the team's new defense.

Best Scenario of the Season

Let's try to dream of a repeat of the Miami Dolphins' 2008 scenario. Trevor Lawrence will immediately break into the ranks of the NFL's best quarterbacks, working with a group of receivers led by D.J. Chark. The change in scheme and fresh blood will improve the game on defense. Urban Meyer will bring with him a winning spirit. It's not the most likely outcome, but the Jaguars could fight for a playoff spot if the odds are right.

Last season, the Jaguars were lucky to finish the championship 1-15. Their only win was one of the most unfair outcomes, as the Colts outgained them in that game by 445 yards gained to 241. The change in the offseason won't be the deciding factor in claiming at least half of the games. A huge disappointment for everyone will be a two or three-win season with a slow-adapting quarterback and a vain head coach.

The range of predictions regarding the Jaguars is very wide, and many of them look quite reasonable. Urban Meyer is a great coach, unlike Doug Marrone. Maybe he'll start winning from day one. Maybe Trevor Lawrence will rewrite all the league records for rookies. If everything works out, Jacksonville will be a playoff contender. On the other side of the scales is failure on all fronts and status as the worst team in the league for the second year in a row. Most likely we'll see something in between - four or five wins, lots of close losses. Either way, watching the new Jaguars will be interesting.