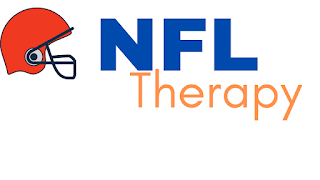 NFL Therapy is a Sport Blog about American National football league “NFL” news and information. The Blog has been created during the NFL 2019 Regular Season by a blogger free domain nfl-american-football-2019.blogspot*com/. In 2020, we moved to blogger custom Domain https://www.nfl-therapy.com/, to give our visitors an easy domain name to remember.


-We are not here to favor any team, but rather we write about all the teams in American football. If you encourage another team and read an article about your opponent's team, we ask that you do not curse the comments and respect all the teams.


I'm jimmy the Owner of NFL Therapy site, iam 27 years old, i've been a fan of american football & college football in 2010, when i was browsing youtube videos and seen NFL Highlights video & NFL Hits, i have fall in love with this game.
Authors :
Jack Sparrow
Jack has long been a professional football Writer, the voice of the San Diego Chargers and Seattle Seahawks. An NFL expert and one of the most recognizable voices in the sports world in America.
Jack discusses Tampa Bay Buccaneers and Tom Brady's role in the Offense led by Bruce Arians. Explains the situation with Cam Newton in New England, discusses Philip Rivers and the unexpectedly formidable Indianapolis Colts, as well as young quarterbacks Tua Tagovailoa of the Miami Dolphins, Joe Burrow  QB of Cincinnati, Justin Herbert of the Los Angeles Chargers, and the Green Bay Packers first round draft pick - Jordan Love of the University of Utah; and the possible role of Jalen Hurts in the Offense of the Philadelphia Eagles. Jack also describes the turmoil and scandals surrounding the Washington-based franchise owner and possible NFL penalties against Daniel Snyder.

We have interesting topics about your favorite teams and players.