Tom Brady super bowl rings are the most valuable rings in the world. He won 6 rings with Patriots and one with Buccaneers. He has 7 SB rings in total. 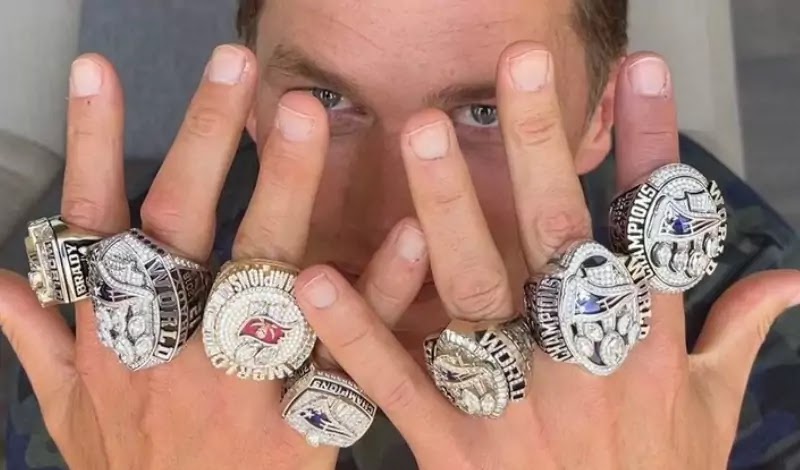 Despite all odds, Tom Brady, quarterback of the Tampa Bay Buccaneers and New England Patriots, has seven powerful reasons to be considered "the greatest of all time" (GOAT). His story is unique in the NFL.

After graduating from the University of Michigan, he was selected in the sixth round of the 2000 Draft with pick 199. He got his first chance as a starter in 2001, starting in Week 2, following an injury to Drew Bledsoe. And since then Brady, along with coach Bill Belichick, have controlled the Patriots' destiny.

Tom Brady has been appeared in 9 Super Bowls with New England Patriots and one appearance with Tampa Bay Buccaneers.

Brady had his first Playoff game against the Raiders. New England won due to an NFL rule that is known as the "tuck rule", ie:

In the AFC championship game they faced the Steelers. Brady injured his knee and was replaced by Bledsoe. New England won 24-17 and faced the Rams in Super Bowl XXXVI. Brady started, threw for 145 yards, one touchdown, no interceptions, and the Patriots won 20-17. Tom won his first Super Bowl ring and was named MVP.

After eliminating Tennessee and Indianapolis, in the divisional round and AFC championship, respectively, on February 1, 2004, Brady led the Patriots to a 32-29 victory over the Carolina Panthers in Super Bowl XXXVIII. He threw for 354 yards and three touchdowns. With the score tied 29-29 and 1:08 minutes on the clock, Brady commanded an offense in which he completed five passes and set up Adam Vinatieri for a 41-yard field goal for the win. He was named MVP for the second time and won his second ring. 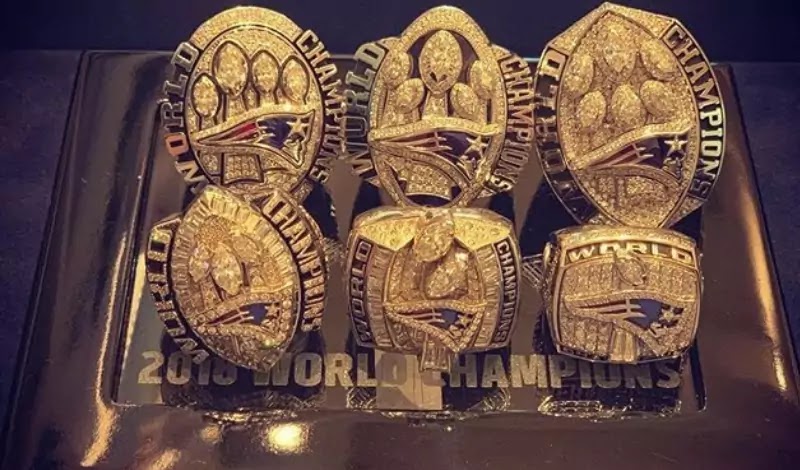 Brady already had the prestige of being one of the best passers in the league, but he was not afraid to prove it once again. In the Playoffs of the 2004 season, New England crushed the Colts 20-3 in the Divisional Game and in the AFC Championship Game, they beat the Steelers 41-27. In Super Bowl XXXIX, at Alltel Stadium in Jacksonville, Florida, the Patriots won their third championship in four years with a 24-21 victory over Philadelphia Eagles. Brady threw for 236 yards and two touchdowns. They were confirmed as the new NFL dynasty.

Ten years after their third ring, the Patriots returned to the Super Bowl. In the Divisional round, they beat the Ravens 35-31. In the AFC Championship Game, they again beat Indianapolis 45-7 to reach Super Bowl XLIX at the University of Phoenix Stadium. The opponent: Seattle Seahawks.

Tom Brady was named MVP of the game for the third time in his career after completing 37 of his 50 passes for 328 yards, four touchdowns and two interceptions in the 28-24 victory.

One more wild ride for the Patriots in the postseason. The Houston Texans put up no resistance in the Divisional game, where they fell 34-16. In the showdown for the AFC crown, the Steelers went to Foxborough, where they were buried 36-17.

Tom Brady was back on the big stage: Super Bowl LI at NRG Stadium in Houston, Texas. He completed 43 of 62 passes for 466 yards and two touchdowns. After being down 28-3 midway through the third quarter, the Patriots came from behind to tie the game and become the first overtime Super Bowl in history. Once in overtime, the Patriots put the nail in the Falcons' coffin by winning 34-28, the biggest comeback in Super Bowl history.

That was Brady's fifth ring, a record number of championships for a quarterback, although he equaled Charles Haley's five. In addition, the New England quarterback won his fourth Super Bowl MVP, also an NFL record.

After the game, Tom Brady's jersey was discovered missing from the Patriots' locker room at NRG Stadium. An investigation by the FBI and Mexican authorities led to its whereabouts in Mexico City.

Good old Tom and his troops defeated the Los Angeles Chargers 41-28 and advanced for the eighth consecutive year to the AFC Championship Game against the Chiefs and the surprising Patrick Mahomes, who evened the score 31-31 to go to overtime, where New England killed them with a touchdown by running back Rex Burkhead.

In Super Bowl LIII, at the Mercedes-Benz Stadium in Atlanta, Georgia, Brady completed 21 of 35 passes for 262 yards and one interception. It was not 'TB12's' most brilliant game, but he did enough to support his defense and beat the Los Angeles Rams 13-3 in what was the lowest scoring Super Bowl in history.

With this win, the Patriots tied with the Steelers as the only teams to have won six Super Bowls, but Brady became the only player in history with six Super Bowl rings, surpassing former Dallas and San Francisco linebacker Charles Haley. To top it off, Tom, at 41 years of age, became the oldest quarterback to win the Super Bowl. Brady is the true "Lord of the Rings". 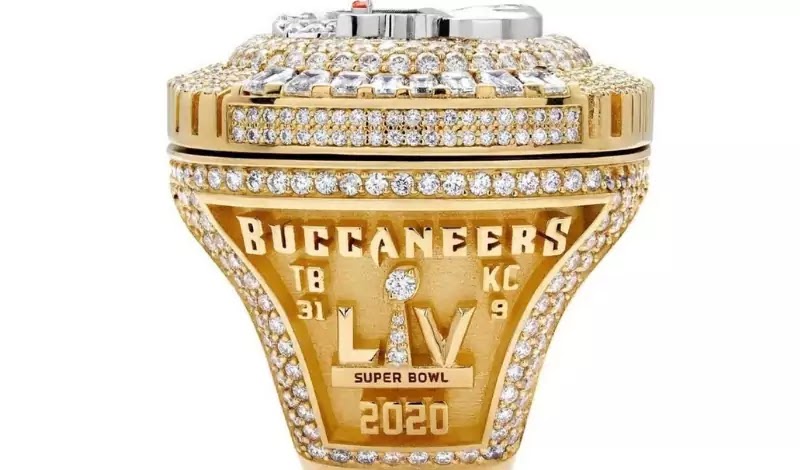 Fine. A year ago, the most decorated quarterback in league history left the New England Patriots, the team he had spent his entire career with. The two bears - him and head coach Bill Belichick - were getting crowded in the same den, and the Patriots offense was clearly lacking in strong players. Brady decided that after forty years he should live in comfort and moved to Florida, becoming a player for the Tampa Bay Buccaneers, a provincial team with a good selection of players on both sides of the ball.

On Sunday, 7 feb, 2021 at Raymond James superdome, Brady won the Super Bowl in his first season with his new team and won his seventh Super Bowl Ring. The Super Bowl ring for the winning team of the Super Bowl in the year 2021 had 15 carats of white diamonds and 14 karat of yellow and white gold.

Tom Brady celebrates after the victory over the Kansas City Chiefs with his kids and teammates in the Buccaneers' ship, He threw the Vince Lombardi Trophy to his teammates on the ship, it flew through the air and landed in the hands of a teammate.

Brady had surgery in the offseason (he played last season with partially torn collateral ligaments in his knee) and now feels physically better than he has in 10 years. He's even considering staying in the game after next season. All opponents are horrified by such admissions.