Jalen Hurts is a professional American football player who plays for the Philadelphia Eagles of the National Football League. He played college football for the University of Alabama, where he was a two-time SEC Offensive Player of the Year and a two-time national champion. He was drafted by the Eagles in the second round of the 2020 NFL Draft. Here's the 10 Facts You Didn't Know About Jalen Hurts! 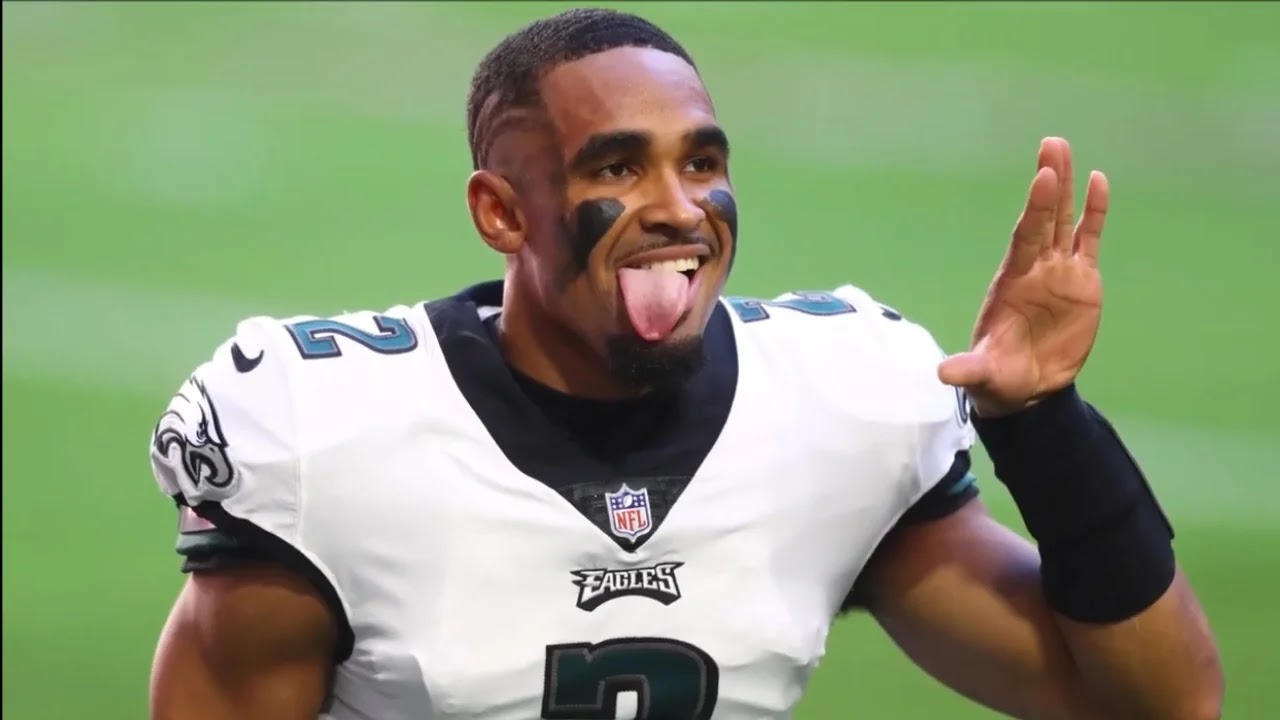 1. The Alabama Crimson Tide made Hurts the first true-freshman quarterback to lead the team in 32 years.

Hurts debuted for the Tide in 2016 and played as the team’s starting QB for two seasons. Hurts lost the starting quarterback role in his third season to Tua Tagovailoa.

Hurts could have backed up Tagovailoa, but if he did this, it is likely that he would not be as successful as he is today. Instead, Hurts decided to leave Tuscaloosa to seek a new opportunity in the American Midwest.

Hurts announced his transfer via the Players’ Tribune in an essay he wrote. He decided to leave Alabama after losing the starting quarterback position to Tagovailoa. Some Crimson Tide fans were surprised to see Hurts lose the starting job to Tagovailoa.

Hurts amassed a record of 26 and 2 as the Alabama starting quarterback. He chose OU due to then-head coach Lincoln Riley’s versatile offense.

Riley’s work with Baker Mayfield was a key reason for picking the Sooners as well.

Although the quarterback denied he had dropped weight, he admitted to changing his eating habits, which made him look and feel healthier.

Hurts told journalists he was limiting the sugary drinks he consumed and was drinking more water. Along with  drinking plenty of water, Hurts said he added more green vegetables and protein to his diet.

7. Hurts may look leaner, but he is still strong when it comes to lifting weights.

The 220-pound QB has always been known for his strength and loves the weight room. The quarterback can deadlift 656 pounds, an incredible amount of weight for a quarterback.

Hurts isn’t just a strong dead lifter. He squats an incredible amount of weight as well. Hurts was videoed during his time at OU squatting 585-pounds.

Before Hurts ever stepped onto a college campus he could bench press 275 pounds. Not many quarterbacks in college or the NFL can put up numbers like Hurts in the weight room.

6. Hurts has become well-known for his philanthropy work.

The Eagles quarterback has donated time and money to several charities since joining the NFL in 2020.

Hurts was inspired to meet Erick after finding out that Erick, his four siblings, and his parents all lived in a trailer.

After learning that Erick and his family lived in such a small home, the quarterback jumped into action.

Hurts surprised Erick’s family with a check for $30,000 to put towards buying a new home.

The Eagles quarterback Jalen Hurts continues to surprise many people with his generosity.

5. QB Jalen Hurts showed off his softball playing ability in June of 2022 during a charity game in Pennsylvania.

The charity game was held at the home stadium  of the Lehigh Valley IronPigs’ Triple-A team. The money raised from the charity game went to St. Luke's University Health Charities and the IronPigs Charities.

The left-handed hitting Hurts won the game by sending a pitch over the right-field fence for a walk-off win.

However, he was in a romantic relationship with Bry Burrows for several years.

Burrows works as a software financing leader for the IBM corporation. The couple met at the University of Alabama.

While Hurts is a sports star in the world  of football, Burrows is an IT expert with many credentials to her name.

Burrows was born on December 10, 1996. Burrows and Hurts were together for around three years up until the quarterback’s transfer to Oklahoma.

The pair are still on good terms, and Burrows has  been seen cheering Hurts on during the NFL season.

3. Quarterback Jalen Hurts made a name for himself in high school at Channelview in Harris County, Texas.

The quarterback played under his father,  Averion Sr., who is the Channelview High School head football coach. His father has  coached over nine years at Channelview after graduating from the high school in 1986.

Jalen Hurts’ father decided to pursue football coaching as a career and went to Howard Payne University to get his degree. His father played football and ran track while attending the university.

2. Jalen Hurts wasn’t the only son his father coached on the high school football field.

1. In 2018, Hurts’ mother, Pamela, made headlines after claiming her son was “controlled” during his time at Alabama.

His mother made the statement in a Facebook post in August of 2018 just before Tagovailoa was named the starting QB.

His mother posted some of her thoughts on Jalen’s treatment by the Crimson Tide coaching staff. She wrote: “Wow ignorance is blissed. When has Jalen ever spoken to the media about anything  other than the team? When has he ever whined, pouted or talked about what 'y’all' don’t  know takes place behind the scenes? There’s a reason why players aren’t allowed to speak to the media. Jalen spoke his truth, finally, after three years of being compliant and controlled. You have no idea what is and has been going on—and most likely, never will. Folks quick  to speak highly on his character and demeanor, but know he is completely opposite of those accolades today. If you can turn on this young man today and not your president for any of his  rhetoric, you were never with him to begin with."

That’s all 10 Facts You Didn't Know About Jalen Hurts, tell us if you think Jalen Hurts will win the MVP award for this season!