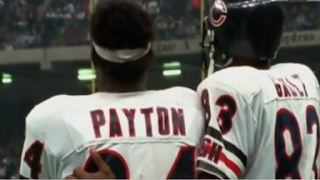 In his hometown, Payton spent his entire childhood. He was an active member of the Boy Scout Club, played in a children's baseball league, sang in a choir and played drums in an orchestra and an amateur band with friends. For a long time, sports for him were limited to baseball and athletics. His older brother Eddie played on the school football team and Walter did not want to compete with him. The coach managed to persuade him to come to training only after Eddie graduated. With the first tab, Payton had a 65-yard touchdown. He did not differ in size, but outplayed his opponents due to his high speed and physical strength. For two seasons, Walter dominated the conference, was the highest scoring player and was part of the state's national team of stars.

At the time, leading football programs rarely invited black players to their home, and Payton was no exception. In his brother's footsteps, he went to Jackson State College, which has historically been an educational institution for African Americans. Later, Walter himself wrote in his autobiography that he first wanted to go to the University of Kansas, but this information was denied by the head coach of his team, Don Fambrough. In four seasons with Jackson State, Payton scored 3,600 stem yards, scored 63 touchdowns. Twice he was named Black Player of the Year.

In the 1975 NFL Draft, Walter was chosen as the fourth overall pick by the Chicago Bears. As part of the team, he became the successor to another legend — Gayle Sayers, who retired three years earlier. The first season was not easy for Payton. He only averaged 679 yards with seven touchdowns. He began his rise to superstar status in 1976, having already scored 1,390 yards with thirteen touchdowns. It was then that Walter was first invited to Pro Bowl and became his most valuable player. A year later, he became the best in the league for the number of rushing yards and touchdowns, received awards for the Player of the Year in attack, MVP of the league and the Man of the Year award, which later received his name. Over the course of that season, Payton broke OJ Simpson's record for rushing yards per game, reaching 275 yards for nearly a quarter century.

In the early 1980s, the Bears weren't very strong, but Payton remained one of the league's brightest offensive players. Except the 1982 season, which was cut short by a player strike, he consistently averaged over 1,000 yards in the regular season. In October 1984, Walter broke Jim Brown's career yards record. Among other things, as part of the team, he managed to play in the places of the receiver, quarterback and even a panther. In the 1985 season, the Bears suffered only one defeat and reached Super Bowl XX, where they confidently dealt with the Patriots 46-10. Payton himself only scored 61 yards in that game. Chicago quarterback Jim McMahon later recalled that Walter had two or even three defenders in every rally, and club head coach Mike Ditka said he was very upset that Payton failed to score a touchdown in the Super Bowl. 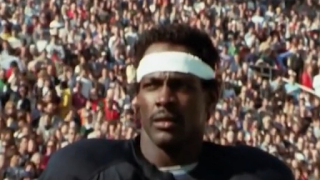 After this triumph, Walter spent two more seasons with the team. Both times, Bears made the playoffs and lost to Washington in the divisional round. During the 1987 season, he was replaced by Neil Anderson on the team. In thirteen years in the league, Payton has conceded only one game in his first season. With a score of 16,726 yards, he is second in NFL history, with only Emmit Smith ahead of Walter. Nine times in his career, he was among the participants in Pro Bowl, seven times included in the first All-Pro team. The NFL included Payton on the All-Star Teams of the 1970s and 1980s, 75th and 100th Anniversary teams. Number 34, under which he played, is withdrawn from circulation in Chicago. Walter is also one of the club's 100 greatest players in history. In 1993, he was elected to the Professional Football Hall of Fame, and in 1996 to the Student Football Hall.

After the end of his career, Payton and his family settled in the suburbs of Chicago. He was in business, in particular, owned a nightclub and restaurant. In the mid-1990s, Walter was part of a group of investors seeking the rights to a new NFL franchise in St. Louis, but the league then opted for Jacksonville and Charlotte. He was also a co-owner of one of the Indy car teams, himself raced the Trans-Am series and once nearly died in an accident. Payton's son, Jarrett, tried to follow in his father's footsteps. He began his career in Europe at the Amsterdam Admirals, where he won World Bowl XIII. However, his further career did not work out: after an unsuccessful attempt to gain a foothold in Tennessee, Jarrett left for Canada, where he spent a season for Montreal and Toronto. He now works in television in Chicago.
Not the best but still good.