The Super Bowl 2023 will take place on the night of February 12-13 at State Farm Stadium in Glendale, Arizona. The game begins at 6:30 P.M. ET.
Home
Facts
Kansas City Chiefs

Patrick Mahomes is an American football quarterback for the Kansas City Chiefs. His playmaking skills are second to none, and he is one of the best young quarterbacks in the NFL. Here's the Top 10 Facts You Didn't Know About Patrick Mahomes. 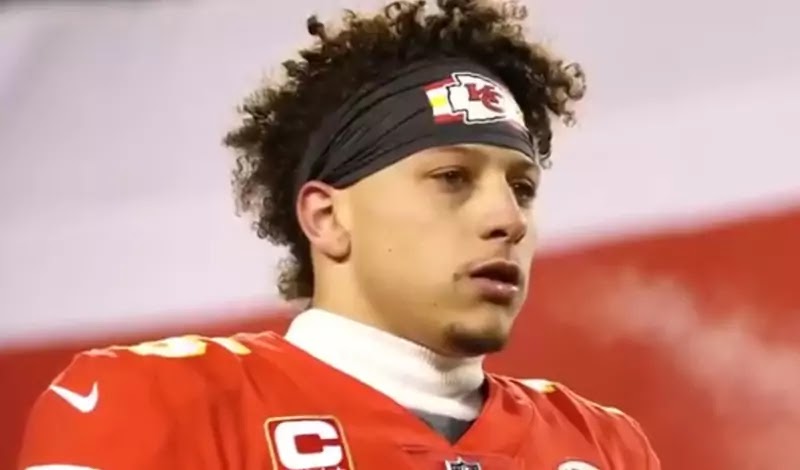 It may be forgotten now that Mahomes has won an NFL MVP award and Super Bowl, but when he started his freshman year at Texas Tech University, he was the Red Raiders’ back-up quarterback.

Mahomes was Davis Webb’s understudy when he arrived on campus in Lubbock. After Webb suffered a season-ending ankle injury, Mahomes took over the quarterback position in the team’s ninth game of the 2014 season. In 2019, Webb was on the Buffalo Bills practice squad while Mahomes was the league’s star quarterback.

9. Mahomes is the first Kansas City Chiefs player to Cover grace the cover of Madden NFL

Mahomes followed up winning the 2018 NFL MVP award by becoming the first Kansas City Chiefs player to grace the cover of a Madden video game.

Madden 20 featured Mahomes on the cover after his brilliant MVP season. Madden covers are believed to be cursed as players who appear on the game’s cover tend to struggle in the next season. Mahomes did suffer a knee injury in 2019, but recovered and led the Chiefs to a Super Bowl win. The curse must have missed Mahomes after he had another excellent season in 2020, winning the AFC West.

In those three seasons as a Red Raider, Mahomes tossed 93 touchdowns. He averaged 31 touchdown passes a season while playing at the school. Mahomes was the architect to 50 passing and rushing touchdowns combined during his senior year.

When Mahomes won the Super Bowl MVP award after leading the Chiefs past the San Francisco 49ers, he was just 24 years and 138 days old. Mahomes was the third youngest Super Bowl MVP in NFL history after Marcus Allen and Lynn Swann.

6. Mahomes holds the record for the most-double digit comeback wins by any quarterback in a season in NFL history

During the 2019-2020 NFL season, Mahomes was 5-0 in games when the Chiefs were trailing by 10 or more points. He now holds the record for the most-double digit comeback wins by any quarterback in a season in NFL history. Three of those comebacks came in the NFL Playoffs in 2020 against the Houston Texans, the Tennessee Titans, and the San Francisco 49ers. The Chiefs were forced to come from behind in each game of the playoffs in 2020 to win the Super Bowl.

All three times they were considered down and out. In the Super Bowl alone, Mahomes led the Chiefs back from 10 points down with just over eight minutes to go, to claim the win.

5. It seems many of the people connected to Mahomes get abuse from football fans.

The college student has been the victim of hate messages and gay bashing online. Jackson has a lot of fame on TikTok, but posting content has made him a target for even more hate. Jackson has threatened to out individuals who send hate messages in hopes of ending issues in the future.

Jackson has recently been at the center of several social media and internet feuds. He is apparently feuding with TikTok couple Josh Richards and Nessa Barrett. Barstool Sports founder Dave Portnoy is also at odds with Jackson. Barstool Sports has previously posted articles on their website taking jabs at Jackson for being so different to his NFL star brother.

Not long after Mahomes signed the richest contract in sports history, the Kansas City Chiefs invested in an insurance policy to cover the quarterback’s contract. The insurance policy protects the Chiefs in the event that an injury prevents Mahomes from being able to play.

Although insurance policies on contracts are not common in the NFL, with $140 million guaranteed, it makes sense that Kansas City purchased one.

3. Mahomes has been with his fiancée Brittany Matthews since high school.

They began dating at Whitehouse High School in Texas. Their relationship should make sports fans happy that Mahomes hasn’t let fame go to his head nor has Matthews dated him for his fame. Yet, that isn’t the case. Matthews has been the victim of online bullying from football fans claiming she isn’t pretty enough to be the girlfriend of an NFL quarterback. She has also been called a gold digger despite being with Mahomes since their teens. Matthews has been labeled as a fitness guru and she spent a brief time playing professional soccer in Iceland.

Despite her looks, she is ridiculed by haters on social media. The hate has led Matthews to shoot back at social media users. Of course, most of the haters are non-Chiefs fans and individuals jealous of her fiancé's success.

2. Mahomes proposed to Matthews after receiving his Super Bowl ring at Arrowhead Stadium.

Mahomes “pulled off a Super Bowl ring surprise” by pulling out a large diamond ring to put on Matthews’ finger after he got his own ring. After getting his ring at Arrowhead, Mahomes took Matthews up to the Executive Suite where he surprised her with a fully decorated room.

Mahomes had decorated the Executive Suite with around 1,000 red roses. After saying ‘yes’, the duo had dinner at home in their backyard. In late September of 2020, Matthews announced on social media that she was pregnant. A month later, the couple announced that their first child will be a girl. Matthews is expected to give birth in March or April of this year.

1. Mahomes Contract is the biggest in NFL History

In July of 2020, the Kansas City Chiefs handed Patrick Mahomes a $450 million contract extension for the next 10 years. The contract is the highest paying deal in NFL history, at least for now it is. Mahomes’ contract isn’t just the biggest in NFL history. It is the biggest in all of sports history. The quarterback is tied to the Chiefs until 2031. Although the contract seems massive on paper, because it is, critics of the deal have pointed out that it is not all guaranteed money.

According to pundit David Samson, the deal isn’t as spectacular as it seems on paper as only $140 million is guaranteed. There is also a no-trade clause. There is every chance that being a mobile quarterback could see Mahomes suffer a significant injury preventing him from receiving the full $450 million. Still, $140 million is a lot of money that most people only dream of.