The Super Bowl 2023 will take place on the night of February 12-13 at State Farm Stadium in Glendale, Arizona. The game begins at 6:30 P.M. ET.
Home
NFL
Philadelphia Eagles 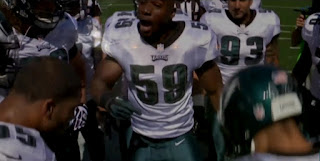 DeMeco Ryans was born on July 28, 1984, in Bessemer, Alabama. At school, he established himself as one of the most talented young players and after graduation went to the University of Alabama. Coach of the Crimson Tide during his performances was Mike Shula, the son of the most winning coach in NFL history. Having started as a special team player, by 2005 Ryans had grown into one of the best defenders of the SEC conference. DeMeco ended his final college season with Defensive Player of the Year and winner of the Lott Trophy, an award given to defensive players for a combination of achievements on and off the pitch, as well as an athlete's personality. The last match of Ryans' student career was the Cotton Bowl 2006, where he was named Defense MVP.

In 2006, Texans picked him in the second round with a total number of 33. Despite the fact that he played on the edge in college, in Houston DeMeco was put in the place of a middle linebacker. In his first game at the professional level, he made 12 solo tackles, then for almost the entire season he was the leader of the team by this indicator. At the end of the year, he was recognized as the Rookie of the Year in Defense. In his second season, Ryans entered Pro Bowl for the first time in his career, and was also selected to the All-Pro first team. He earned his second Pro Bowl in 2009. As part of Texans DeMeco played for six years, after which he was traded to Philadelphia. Four seasons at the Eagles have not turned out so bright, although he has always been a first-team player and in 2013 set a personal record for the most sacks in the championship. After the 2015 season, in which its performance dropped dramatically,

After spending a year on the sidelines, DeMeco decided to end his playing career and start coaching. In February 2017, he took over as Quality Assurance Officer at San Francisco 49ers. His work in this position was well appreciated by the club's management and a year later Ryans was promoted to coach of internal linebackers.
Not the best but still good.