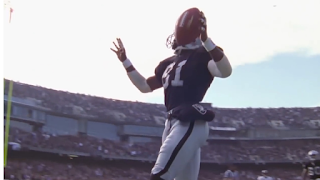 Timothy Donell Brown was born on July 22, 1966, in Dallas. He also graduated from the President Woodrow Wilson School there. It later went down in history as the first school to graduate two Heisman Prize winners. In 1938, forty years before Brown, Davey O'Brien received the award. Tim started playing for the school team only in the second year of school, carefully hiding it from his mother. For three years he was the best player in Woodrow Wilson Wildcats, who during this time won only four wins and twenty-five defeats. However, the team's poor performance did not affect his future. Many NCAA presenters have shown interest in Brown, among which he chose Notre Dame.

He played for Fighting Irish from 1984 to 1987, earning himself the nickname “Timmy-touchdown”. During this time, Brown set several university records with a total of 5,024 yards (4.59 km). In 1987, he became the first Heisman Trophy holder to play as a receiver. Ironically, Notre Dame won the championship title a year after Tim left for the NFL. 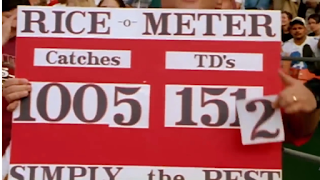 In the 1988 Draft, the Raiders picked Brown as the sixth overall pick. In his first season, he was the best in the league in terms of kickoff returns, return yards, and average per attempt. He had to fight for the place of the leading receiving team — in the first five seasons of his career, Tim made only 147 receptions, and played only eleven matches in the starting lineup. In 1993, he cemented this status and for nine seasons in a row scored over 1,000 yards (0.91 km) in the regular season. Seven times during this period he was among the participants of Pro Bowl, two more times he was invited to the All-Star Game as a returns specialist.

He left the Raiders after the 2003 season ended, unwilling to play a less prominent role in the team's offense. Tim still holds the club records for the number of moves, gained yards, passing touchdowns and the total number of touchdowns. In 2004, he signed with Tampa, but did not play the season well, although it was with the Buccaneers that he made his 100th touchdown on reception. It was his only touchdown in that championship and it happened in an away match against Oakland. 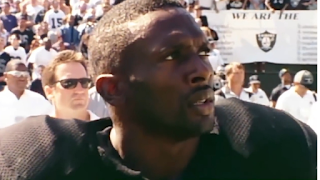 In July 2005, Brown signed a one-day contract with the Raiders and officially retired. In seventeen seasons, he has amassed 14,934 reception yards and is now the seventh largest in league history. In 2009, he was elected to the Student Football Hall of Fame, and in 2015 to Professional Football.

After finishing acting, Tim worked in television, starred in the comedy “Little Giants”. In 2013, he planned to create his own racing team in the NASCAR series, but later abandoned the idea. During the same period, Brown became the co-owner and general manager of the Texas Revolution indoor soccer team, which ceased to exist last May.