Cortez Kennedy, One of the best Defensive players in Seattle Seahawks History 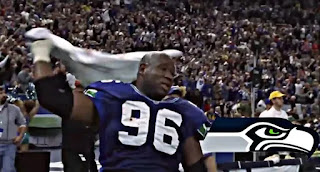 Cortez Kennedy was born on August 23, 1968 in Osceola, Arkansas. He spent his childhood in another equally modest town of Wilson. There he graduated from high school, after which he entered the Northwest Mississippi Community College. Only after that Kennedy managed to get a sports scholarship at the University of Miami.

Cortez played in the Hurricanes from 1987 to 1989. Twice he, together with the team, became the winner of the national championship, won the prestigious Sugar and Orange bowls. In 1989, Kennedy was recruited into the NCAA All-Star Team. Later, for his services, he was elected to the Sports Hall of Fame at the University of Miami.

Immediately after the end of his career, Kennedy was appointed advisor to the general manager of the New Orleans Saints Mickey Loomis, who knew well from his days in Seattle. After several years in New Orleans, Cortez retired from football and focused on raising his daughter. Their family first lived in Arkansas, then in Orlando.

On May 23, 2017, Cortez Kennedy died suddenly. A few days earlier, he had been hospitalized with heart failure. In memory of him, the main street of Wilson, the city in Arkansas where he grew up, was renamed.