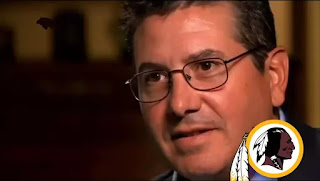 On Wednesday, WashingtonPost published an article in which 25 more women have come forward with accusations of sexual harassment in the workplace against Redskins owner Dan Snyder and the front office. Some of the allegations are very graphic and relate to the fact that Larry Michael allegedly tried to get a video of nude cheerleading women, filmed for the calendar, especially for Snyder. This came after the WashingtonPost newspaper published another article with similar accusations. Several women decided to speak this time because of Snyder's comments after the previous article was published. This article is especially damaging and disturbing.

- The behavior described in the last WashingtonPost article has no place in our franchise or in our society. While I knew nothing about the allegations until they surfaced in the press, I take full responsibility for the culture of our organization. Even before this article was published, I started to implement everything necessary for WashingtonFootballTeam to be a diverse organization where everyone is respected.
Admittedly, I was too gullible the owner, to the detriment of the team, gave others the ability to control all the processes every day. From now on I will be more involved in club affairs. We've already made major changes in our approach to corporate leadership and transformation, both on and off the pitch. We are building a world-class team, following a plan to change our culture. #WashingtonPost

articlelooks like an attack based on unnamed sources and allegations that are five to ten years old. We tried to contact this publication in order to obtain information about the facts stated, but this did not make them clearer. The recordings feature former employees making many complaints, with new details still appearing in print. Obviously, these materials also contain another negative agenda.
We are disappointed that Ms. Scourby spoke to the newspaper, but has never brought anything to the attention of management about what she claims. What is especially offensive - she is still part of our organization, helping cheerleading. I want to state unequivocally that nothing like this has ever happened. Tiffany did not report the alleged incident to any of the team in 2004, did not say anything in her eight-year cheerleader period, nor did she say anything in her 16 years as a cheerleader.

I have no information about the video from ten years ago, which the authors of the article refer to. I did not initiate their creation and did not know anything about them. Among the former employees, there are those who also deny their existence. Unnamed sources, according to which this did happen, rely on rumors. After fully examining our own video archives, we believe that these materials are illegal, they were obtained by fraudulent means. We asked WashingtonPost to review these videos in order to give them an appropriate rating, but the publication denied us this.
This article is riddled with questionable and unnamed sources of information.

The old statements have nothing to do with what the team is today. I intend to work tirelessly to improve the club in all aspects, to become an organization that sets a positive example, a team that everyone can be proud of.