The Super Bowl 2023 will take place on the night of February 12-13 at State Farm Stadium in Glendale, Arizona. The game begins at 6:30 P.M. ET.
Home
Las Vegas Raiders
NFL

George Blanda, quarterback who has played football for 26 seasons and left his mark in NFL history and Raiders

George Blanda, an outstanding quarterback who has played professional football for 26 seasons and left his mark on the history of the Chicago Bears, Houston Oilers and Las Vegas Raiders. 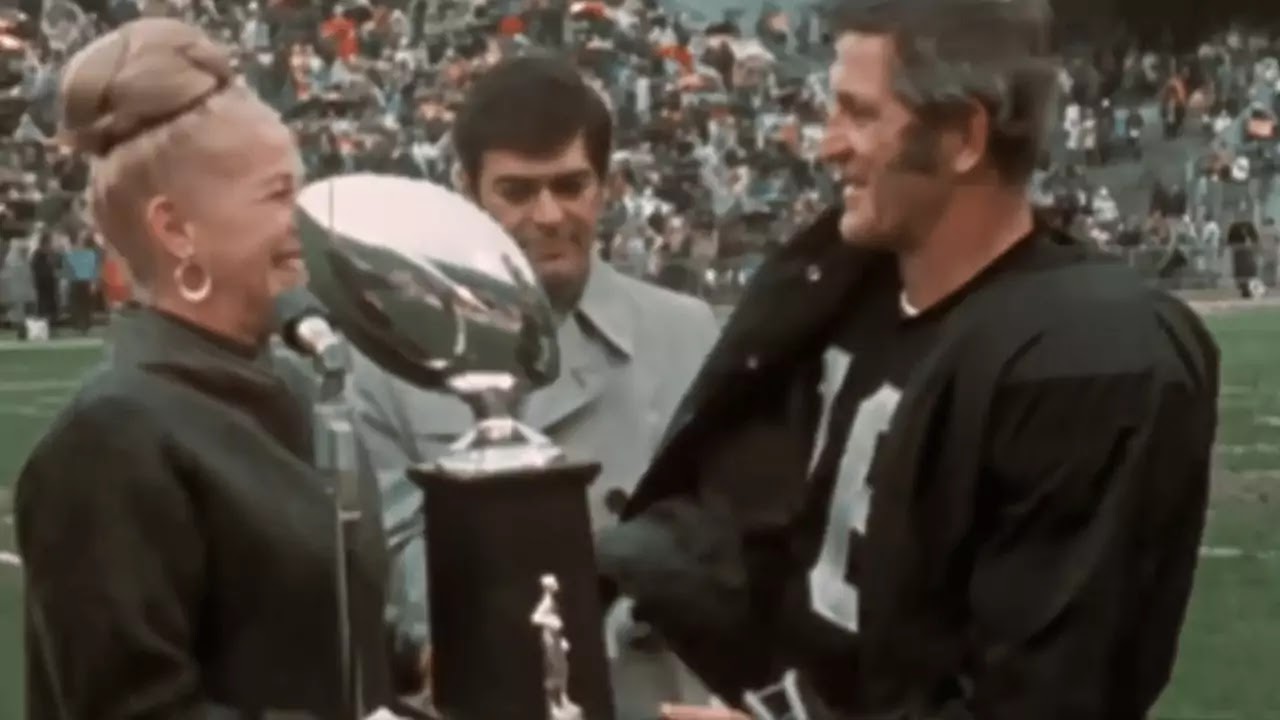 In 1922, the second meeting of representatives of the clubs belonging to the American Professional Football Association, now the NFL, took place. The organization then included teams from four states: Ohio (Akron Wolff Bros, Canton Bulldogs, Cleveland Indians and Dayton Triangles), Indiana (Hammond Pros and Muncie Flyers), New York (Rochester Jeffersons) and Illinois (Rock Island Independents and Racine Cardinals). Only the last two franchises have survived to this day, known as the Chicago Bears and Arizona Cardinals.

In 1961, the Minnesota Vikings played the NFL regular season game 1 in its history. At home, the team beat the Chicago Bears 37-13. The first team points were scored by kicker Mike Mercer, and the first touchdown was issued by receiver Bob Schnelker and quarterback Fran Tarkenton.

Six years later, the New Orleans Saints made their NFL debut. For the team, the first-ever game was a 13-27 defeat to the Los Angeles Rams. The Saints' first touchdown in the league was receiver John Gilliam, who made a 94-yard kick-off return.

George Frederick Blanda was born on September 17 in Youngwood, western Pennsylvania. After leaving school, he entered the University of Kentucky, for whose team he played as a quarterback and kicker. In his sophomore year, Kentucky Wildcats was led by Paul Bryant, the future legendary coach of Alabama and one of three distinguished professionals Blanda has worked with.

In 1949, George signed with George Halas Chicago Bears, starting his career as a professional for a quarter of a century. In the first four seasons of his career, he rarely played a quarterback, but regularly hit field goals and also entered the field as a linebacker. Only an injury in 1953 forced him to give up playing defense. Halas believed that Blanda should play exclusively as a kicker and this eventually led the player to decide to end football in 1958. Fortunately, just a year later, the American Football League was on the horizon and George resumed his performances by signing with the Houston Oilers. The newspapers ridiculed him, believing that an unnecessary player in the NFL was useless. Blanda responded to critics by leading Houston to a victory in the AFL twice in a row. In 1961, he was voted MVP of the league, and the following season set a "record" throwing 42 interceptions. Jameis Winston had something to strive for. In just seven years at the Oilers, George averaged 19,149 yards and 165 touchdowns on 189 interceptions.

In 1967, Blanda moved to Raiders, where his path crossed with John Madden. Already forty, he became the most productive kicker of the season in the first year and won the AFL championship for the third time in his career. In Super Bowl II, the Raiders lost to Green Bay Packers. However, in Las Vegas he had occasion to take the ball in his hands, replacing injured quarterbacks. So, in November 1970, in a match with Cleveland, he came on as a substitute, 1:43 before the end of the match he made a touchdown pass, leveling the score, and 0:03 before the whistle he scored the winning field goal from 53 yards. At the same time, Blanda became the first-ever professional footballer to receive the Associated Press Athlete of the Year award. George played his last game with the Raiders and in his career in general on January 4, 1976 at the age of 48.

In 1981, Blanda was inducted into the Professional Football Hall of Fame. He took part in the AFL All-Star Game four times, and is part of the league's symbolic national team in its entire history. He is on the Tennessee Titans Circle of Honor and a list of the 100 Greatest Players in Chicago Bears history. He is the oldest player to enter the field in an NFL game. Over twenty-six seasons of his career, George has converted a record 943 extrapoints and scored 335 field goals. Finally, he is one of eight quarterbacks to make seven passing touchdowns in a single match. He is also known as the first player selected in the very first fantasy league, created in 1962.

George Blanda passed away on September 27, 2010. In memory of him, the regular season game between Bears and Packers began with a moment of silence.