Aqib talib have been retired from NFL, leaving behind a great career history in nfl with 5 teams, New England Patriots, Tampa Bay Buccaneers and Super Bowl Winner with denver broncos. 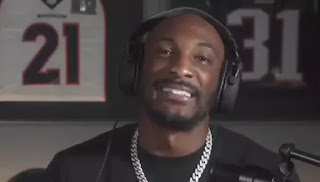 Aqib taleb announced today his retirement from NFL after 12 season and refused an offer from Patriots to play 2020 season.

Our old friend Aqib Talib announced his retirement, and at the same time admitted that coach Bill Belichick almost persuaded him to return to the Patriots this offseason:

“My bro, my homey, Bill Belichick called me. I play against tight ends for 5.5-6 million a year. I was already half way from home. I started looking for air tickets, looking for an apartment, and then looked at their schedule ... Kittle is there ("49ers" ), Kelce (Chiefs), Waller (Raiders) ... No, I'm done. "

Aqib Talib was Drafted by tampa bay buccaneers in the first Round of 2008 NFL Draft, Talib started his first career during the winning of buccaneers 30 - 27 at Kansas City Chiefs and finished his rookie season with 23 tackles, 9 pass deflections and 4 interceptions in 15 games and two starts. due to a recurring hamstring injury, Tampa Bay Buccaneers placed Talib and in 2012, Tampa traded him to New England Patriots.

Talib performance was good with the New England Patriots, he had selected to 2013 Pro Bowl and 2013 Second-team All-Pro Bowl, at the end of his career with patriots they offered him a new contract but he preferred to move to Broncos for business decisions, he is
Super Bowl 50 with denver.

Much love to everybody who played a part in my career. Sorry I couldn’t join you in New England Bill! You’re welcome to come on the show! ⁣
⁣
Get the full details with the link in my bio and follow @calltothebooth for more. pic.twitter.com/cuUuQVkzQm
— AqibTalib21 (@AqibTalib21) September 9, 2020