Brandon McManus is the most accurate kicker in the NFL

Brandon McManus is the most accurate kicker in the NFL up to 50 yards in the past 2 seasons, including one-point shots: 103 hits out of 106 attempts.
It's probably worth telling the story of Broncos 29 years old kicker. In 2013, Brandon McManus, as andrafted from the Temple program, was taken by the Colts, however, at the end of the summer camp, he was expelled. A season skip, McManus found himself on the extended roster of the Giants, playing for them in four preseason games, in which he hit goal from 46 and 47 yards, and at the same time, in one of the training sessions, sent the ball to the goal from 75 yards. 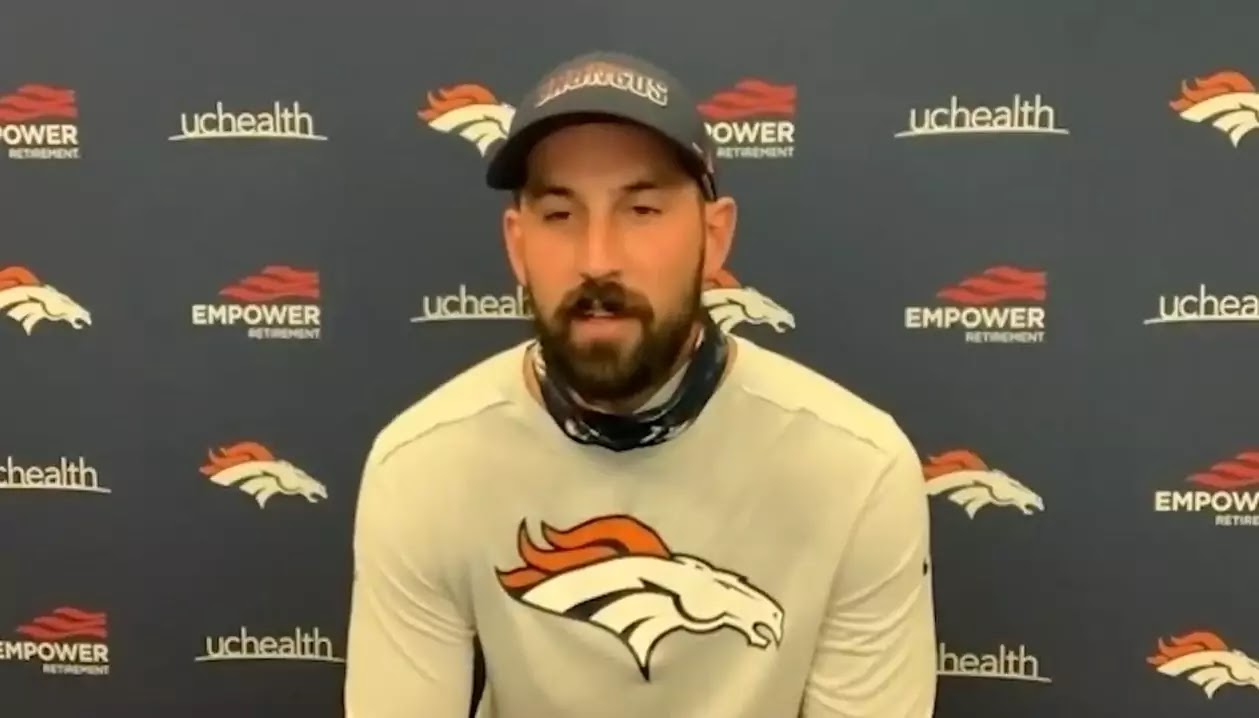 Denver signed a 4-year contract with kicker Brandon McManus, who became a free agent after that season. A deal for a total of $ 17.3M with guarantees of $ 9.5M. An average salary of $ 4.3M per year makes McManus the fifth highest paid NFL kicker right now. The contract will come into effect in 2021 - this season the player will finish playing under the old agreement with a salary of $ 3M.

However, McManus was not considered the main kicker in New York Giants, which was the highly experienced Josh Brown. By that time, the Broncos had already learned about the 4-match suspension of Matt Prater, a kicker who had played for Denver since 2007 and was caught using illegal substances. The preseason successes impressed the coaching staff. Soon, the Denver office traded McManus for the pick of the 7th round (245 overroll) in the 2015 draft (the fate of this pick is also not simple: during the draft, the Giants traded him in Tennessee, who took on him receiver Tre McBride, who did not differ in anything in the NFL and replaced 7 teams, including one each from the Alliance and the XFL).

The thorny path did not end there. McManus did not manage to immediately stake out a place in the start. The expelled Prater seemed to have cleared the way for him, but poor play (only 9 out of 13 accurate field goals) forced Denver to sign experienced Connor Barth to the start, sending McManus to the waver to reset his contract obligations. A day later, already on new, penny conditions, he was returned to the role of a kick-off specialist. And only at the end of the 2015 summer camp McManus gnawed out a job from Barth, earning the final recognition of the coaches. Since the 2015 season, he has consistently entered the field as a starter, without missing a single match.

Brandon McManus is the most accurate kicker in the NFL up to 50 yards in the past 2 seasons, including one-point shots: 103 hits out of 106 attempts (97.2%).
Covers everything about NFL, NFL Draft, NFL News and Rumors, Super Bowl, best NFL players in history, best NFL players, NFL Mock draft and more. YouTube TV NFL.