Patriots, under the direction of Bill Belichick, are going to visit Chiefs. The last time they met at Arrowhead Stadium was in 2018 AFC Championship. 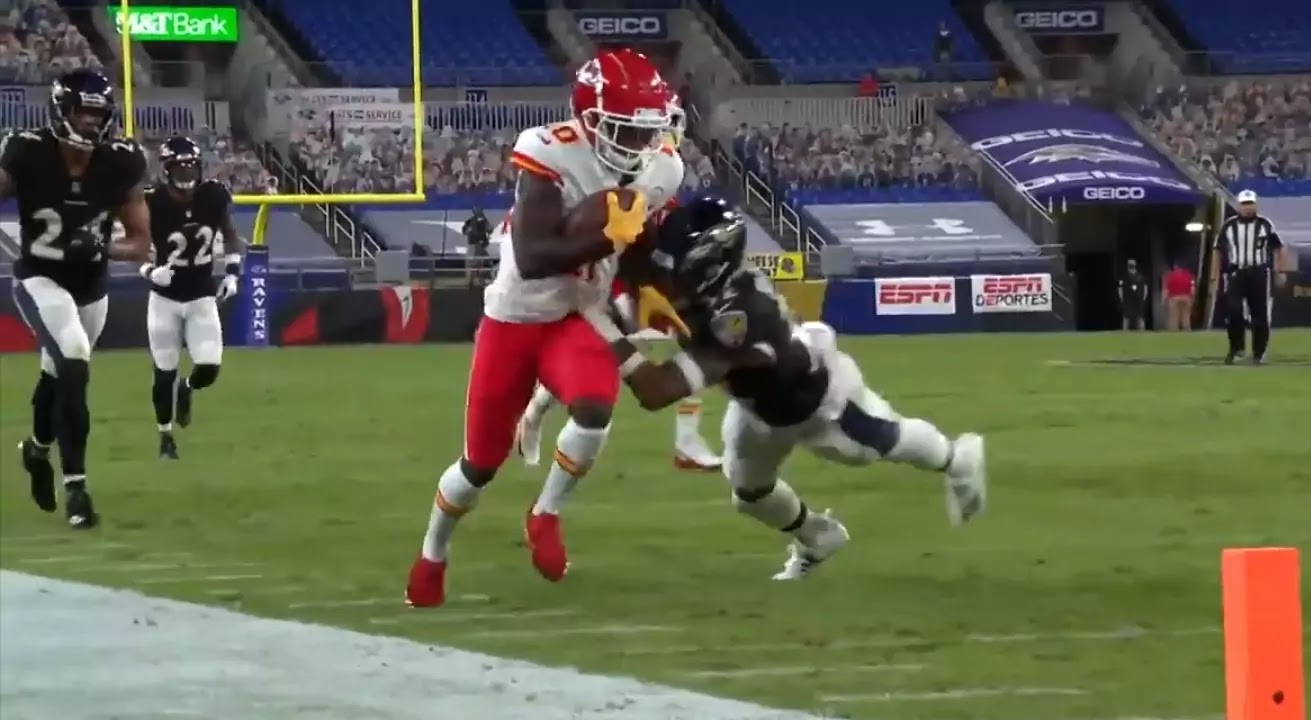 Preview of the main game of the week in the NFL: Chiefs vs. Patriots.

The fourth week of the NFL will delight football fans with another confrontation that has become a classic in recent years - the New England Patriots, under the direction of Bill Belichick, are going to visit the Kansas City Chiefs. The last time the two teams met at Arrowhead Stadium was in the 2018 AFC Conference Championship, where the Patriots upset Patrick Mahomes and Andy Reed 37-31 in overtime. The paradox of the upcoming match is that if for many years the Patriots were the yardstick of every NFL team, now they themselves have to pass the test for professionalism and consistency.

During the three weeks of the new championship, Bill Belichick and Josh McDaniels showed that they intend to bet on takeaway: if in the games of the first and third weeks it showed its effectiveness, then in the game of the second week against Seattle Seahawks it did not work, and they had to get involved into a pass shootout with Russell Wilson. In the current game, and it shouldn't come as a surprise to anyone, Bill will again bet on the same card! The effective Kansas formula we talked about last time is to give Patrick Mahomes as little time on the pitch as possible, while keeping your defense close enough to the Chiefs. This will allow you to clearly follow the game plan otherwise, if you go against it, it can play a cruel joke. We saw this very well with the example of Baltimore. The first drive of "Monday Night Football" in their performance was almost perfect, but then, as soon as the "Leaders" took the lead, the "Ravens" for a long time forgot about their strongest weapon in the form of a carry-over and got too carried away with a pass. We saw what all this led to. 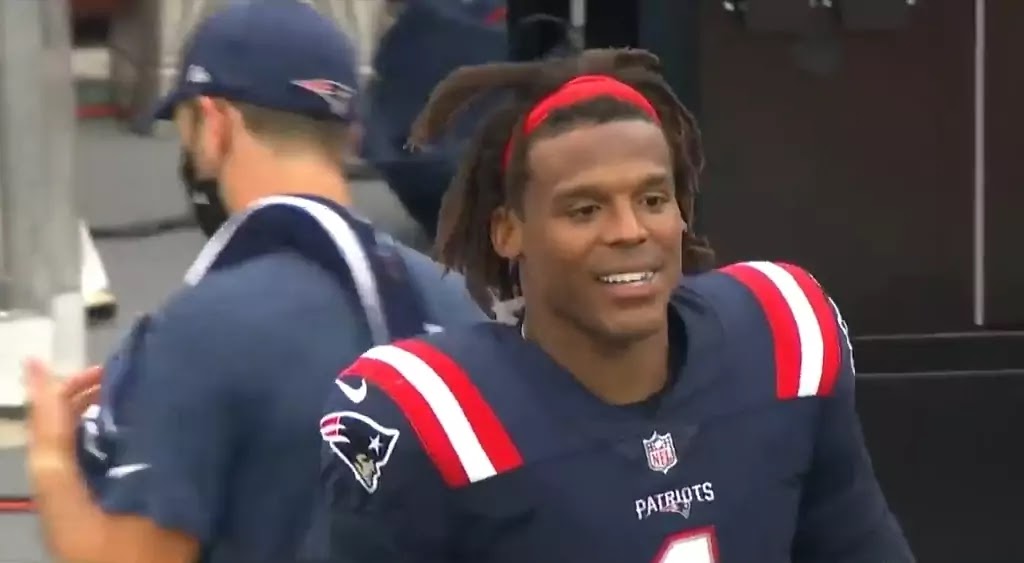 And after all, at the end of three weeks it seemed that maybe it was the Patriots who could become the stumbling block that would stop Kansas. It was they who, at the end of three weeks, were the most enduring team (534 yards). This is largely due to the great and terrible Cam Newton, who can easily keep all the opponent's defenses in suspense, which allows running backs to work more efficiently. However, COVID-19 is beginning to have a direct impact on the NFL. Cam tested positive on Saturday and was hastily placed on the reservist list. Brian Hoyer, who returned to the Pats for the third time this offseason, will likely be the first to play in his stead. This is the exact opposite of Cam, since even in his best years (2015-2017) he was ready to do anything in the "envelope" so long as he did not have to endure. In view of this, now the takeaway will completely fall on the shoulders of the runners: the third season of Sony Michel, who is the leader of the team and has already managed to take out 176 yards, and also James White, who is returning to service after not very pleasant events. Behind them, too, there is ample depth in the form of "flying" Rex Burkhead, who made most of his yards against the Raiders, and first-year JJ Taylor, who can be used effectively on wide stems. Most importantly, the gameplay should be more inventive, and not as straightforward as at the end of the second week match against Seattle.

The Patriots' pass offense is still being debugged. Yes, Cam had a pretty good game in Seattle, but otherwise there was little confidence that this particular component would be the driving force behind the team. The division of roles by the receiver is very clear. The center of the field is  Julian Edelman (who has already scored 259 yards on the reception), on the flank, often on the left side, is Damiere Byrd, who, due to his speed, tries to cause problems for the cornerbacks. N'Keal Harry and the aforementioned Rex Burkhead help to receive balls on flat routes. Tight ends: almost unidentified on the pass. But here again, as with takeaway, variation is important. If it begins to be absent, it easily leads to interceptions (this is what led to the second interception in the match against Seahawks.

Kansas can counter this with its secondary corps, which is fifth in the league in defense against passing. Judging by the information, newcomer L'Jarius Sneed, who has shown himself well, will be forced to miss the game due to injury and Charvarius Ward will play in his place. It will be especially interesting to watch the battle between Tyrann Matthieu and Julian Edelman's safe in the center of the field.

The defensive plan for the Patriots' game should be simple:

close and minimize damage from a passing offense. You can skip yards on the ground, but under no circumstances give the opportunity to do big plays to Patrick Mahomes with his receivers, who give an unrealistic boost to the whole team. Here, the primary task will fall on the shoulders of cornerback Stephon Gilmore, who has already shown what can be a problem for the "Leaders". He has already played 4 times against them in the Patriots jersey and allowed only 5 tricks for 84 yards! But while Gilmore is not playing at the level that he showed in 2019; perhaps this match should be a turning point for him this season. Maybe, another motivating factor for him will be the desire to pay back Sammy Watkins for bullying in the aforementioned 2018 match (Watkins then earned 114 yards in 4 receptions). Also, JC Jackson and Joejuan Williams will have a lot of responsibility to hold back Travis Kelce's tight end.

If the Patriots manage to cope with the receivers, then the main load of the Chiefs will fall on the running back Clyde Edwards-Helaire, who has already shown that he is ready to play at the NFL level. He is great at earning yards from both a clean run and a backfield hit (leading the team in average yards after a 7.9 yard reception).

Closing the stem will be even more challenging for New England, as the only light (and not only in terms of skin and hair color) spot right now is Defensive end Chase Winovich, who seems to have finally got used to the NFL in his second year and begins to really be the driving force behind this line of defense. His prudence and understanding of the game draws attention to himself, he does not always go ahead, but often he is ready to pause to read the quarterback's intentions and in time to close the runner or the receiver to whom a pass can go. More such remarkable personalities have not yet been observed in the Patriots' line of defense.

Summing up, I would still bet on a more well-played team in the person of Kansas, since in the Patriots game there are still a lot of zones where it is necessary to refine and put the game in order.