The Super Bowl 2023 will take place on the night of February 12-13 at State Farm Stadium in Glendale, Arizona. The game begins at 6:30 P.M. ET.
Home
New England Patriots
NFL

Willie McGinest, one of the Patriots' best linebackers of the second half of the 1990s and early 2000s

Willie McGinest, one of the Patriots' best linebackers of the second half of the 1990s and early 2000s, three-time Super Bowl winner and NFL record.

On December 11, 1938, the New York Giants beat the Green Bay Packers 23-17 to win the third-highest championship title in their history. 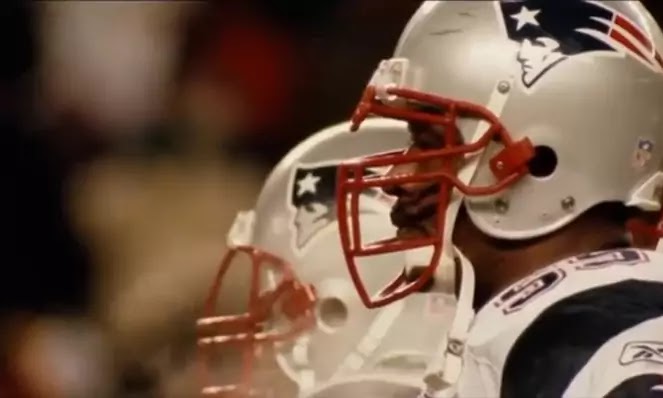 Willie McGinest, one of the Patriots' best linebackers of the second half of the 1990s and early 2000s, three-time Super Bowl winner and NFL record holder for the most playoff sacks.

William Lee McGinest was born on December 11, 1971, in Long Beach, California. Already in his school years, he became a real star not only of the city, but of the entire state. In 1990, he entered the University of Southern California. As part of his team, he played four seasons in the defensive end position, making 193 captures and 29 sacks. Several times he was included in the team of the stars of the season. In his senior year, he became a semi-finalist for the Lombardi Eward, Student Football Player of the Year award.

In the 1994 Draft, McGinest was selected under the overall 4th pick. The Patriots became the main team in his career, and Willie became one of the cornerstones of their defense at the very beginning of the team's Golden Age. He played as an external linebacker in a 3-4 scheme, if necessary he could play the role of a defensive end. Three times together with the team he became the winner of the Super Bowl — XXXVI, XXXVIII and XXXIX. Twice, in 1996 and 2003, he was one of the Pro Bowl members. In the 2005 season, McGinest set two league records at once, making 4.5 sacks in one playoff match and bringing their total in the playoffs to 16. In total, he made 78 sacks with the Patriots and this is one of the best results in franchise history. Willie left the New England Patriots in the spring of 2006, after which he played three more seasons for Cleveland with the well-known Romeo Crennel. At the Browns, he had slightly different tasks and no longer showed such high productivity in defense. In the summer of 2009, he retired. By the league, he is included in the national teams of stars of the 1990s and 2000s. Since 2015 McGinest has been inducted into the New England Patriots Hall of Fame.

After retiring, Willie worked as an analyst for Fox and ESPN, then moved to the NFL Network. He is engaged in charity work. Los Angeles is the home of a company he created and operates, producing a variety of entertainment programs.