The Super Bowl 2023 will take place on the night of February 12-13 at State Farm Stadium in Glendale, Arizona. The game begins at 6:30 P.M. ET.
Home
NFL
Washington Football Team 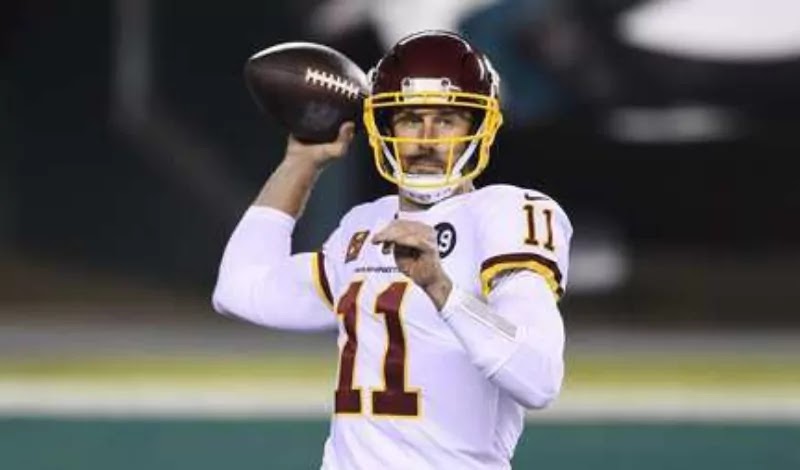 NFL television reporters Ian Rapoport and Kimberly Jones reported according to sources familiar with the matter that the Washington team is expected to part ways with Smith in the next few days.

Smith suffered a serious leg injury during the 2018 season, and then he underwent 17 operations, first to treat the operation and then to avoid amputation. He missed the entire 2019 season, but unexpectedly returned to the game in the 2020 season. In the starting game last season, Smith led his team to 5 wins and 1 loss, helping Washington enter the playoffs and become the best comeback player of the year.

But in a recent interview, Smith stated that his unexpected return "definitely disrupted" Washington's plans for the quarterback position. Although he proved that he is the most suitable option for the team in this position, when the new coaching staff and management decide to turn the team in a new direction, Smith's days may be numbered.

Now, Smith’s days in Washington are finally coming to an end. The 36-year-old still seems to be able to dedicate his outstanding performance and he has already proven this when he started. Last season, a leg injury unrelated to a serious injury in the past prevented him from playing in the playoffs. However, when healthy, Smith can at least lead the offensive team steadily, and at least some teams in the league need a quarterback like him.

The Chicago Bears are thought to be interested in Smith. Team coach Matt Nagy used to serve as Smith's offensive coordinator for the Kansas City Chiefs. In addition, there may be some teams interested in Smith. Smith has made it clear during the offseason that he intends to continue his career, but obviously it will not be in Washington.