Kelvin Benjamin was fixed and signed with New York Giants, where he will transition to now play tight end. 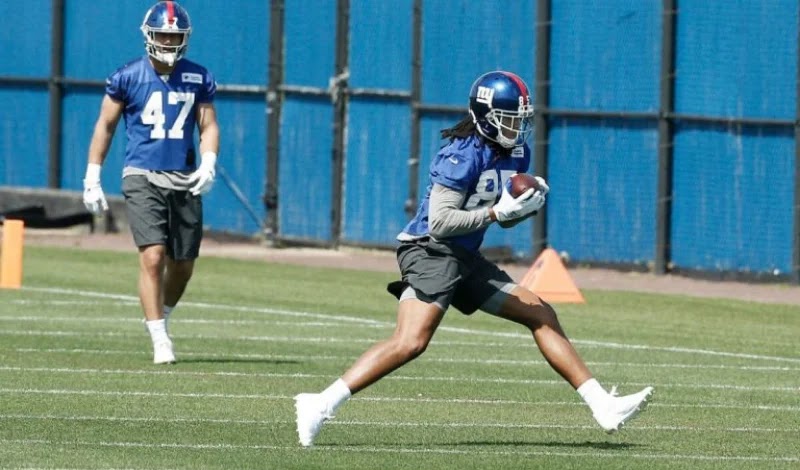 Kelvin Benjamin was fixed and signed with New York Giants, where he will transition to now play tight end.

Benjamin has not played in an official NFL regular-season game since Week 16 of the 2018 campaign, when he did so with the Kansas City Chiefs, the third team he played for in his career.

Originally selected in the first round of the 2014 NFL Draft by the Carolina Panthers when Dave Gettleman was general manager, Benjamin will try his luck with the Giants behind Evan Engram and Kyle Rudolph, the two primary tight ends on the team, plus Kaden Smith and Levine Toilolo, who complement the position on the roster.

"He's a big guy. He's always been a tall receiver. He'll work as a receiver. He's been working as a flex and tight end. At this point I wouldn't label him any position," Giants head coach Joe Judge said Friday.

In his NFL career, Benjamin accumulated 209 receptions for 3,021 yards with 20 touchdowns and played with Carolina, Buffalo Bills, returned to Carolina and then spent time with the Kansas City Chiefs.

Now that Benjamin has settled with the Giants, it will be the second recent case of a player seeking to return to action after a prolonged absence by trying his luck as a tight end, as will Tim Tebow, who is about to be officially hired by the Jacksonville Jaguars to meet with Urban Meyer, his coach at the University of Florida.

Another move on the Giants roster was the hiring of running back Corey Clement, who played with the Philadelphia Eagles, where he averaged 4.0 yards per carry and scored 9 touchdowns in four seasons with the team.

To make room for Benjamin and Clement, the Giants cut Jordan Chunn and Nate Wieting.