Elijah Moore does what is expected by his team and a little more, which is why the Jets are excited about him. 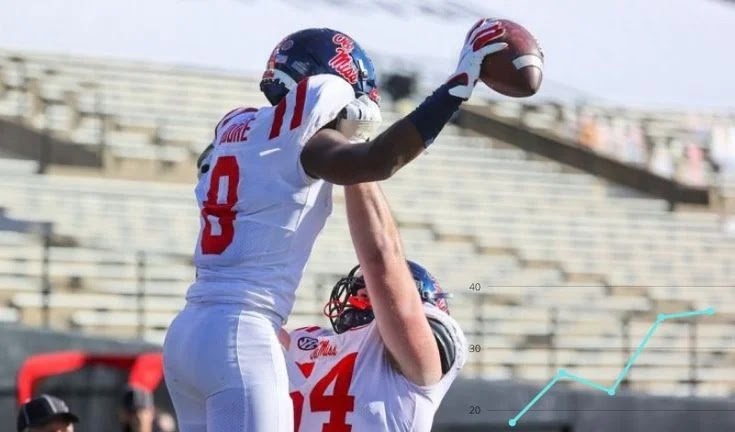 Elijah Moore and Michael Carter arrive at 6:30 a.m. to get some extra work in before the team's general practice, a rarity for rookies.

Elijah Moore does what is expected by his team and a little more, which is why the Jets are excited about him.

The wide receiver from Ole Miss has stood out above the rest of his teammates in organized activities and also has a work routine that a rookie in the NFL doesn't usually have.

Moore and rookie running back Michael Carter arrive early at the Jets' facility (6:30 a.m.) for additional work in addition to the team's scheduled work.

"His work ethic is off the charts. His mental state is above standard," acknowledges Robert Saleh, head coach of the Jets, who has a major challenge with the Jets after shining as defensive coordinator of the San Francisco 49ers.

Once he gets on the field for practice, he proves everyone who decided to select Elijah Moore at 34th overall right, as he makes spectacular receptions.

Moore has the Jets excited because he breaks out of the mold of the team's historically poor decisions at the position.

No receiver selected by the Jets has reached the Pro Bowl since the 2001 edition, in fact, those they have selected have usually turned out to be a disappointment.

That's Elijah Moore. That's the kind of work you're going to get from him every year. It's not a front, he's not doing it just to get attention from the coaches.TEVIN ALLEN, SPECIALIST

The names of receivers who simply did not stand out, ArDarius Stewart, Devin Smith, Stephen Hill and the one who finally came into his own as a Pro Bowler was Santana Moss, selected in 2001, although he was selected when he was a member of Washington, not New York.

While it's still too early to say Moore will be a star in the NFL, his work ethic and on-field performance come as no surprise to anyone who knows him.

"He's not looking for a trophy to recognition or participation. He's going to do whatever it takes to earn being No. 1," Tevin Allen, who has worked with Moore for the past seven years, told ESPN's Rich Cimini.