The Super Bowl 2023 will take place on the night of February 12-13 at State Farm Stadium in Glendale, Arizona. The game begins at 6:30 P.M. ET.
Home
best NFL players in history
History

History of Larry Csonka at NFL and College Football

Larry Csonka, early 1970s Miami Dolphins running back, one of the players on the 1972 undefeated team, two-time Super Bowl winner, and a member of the 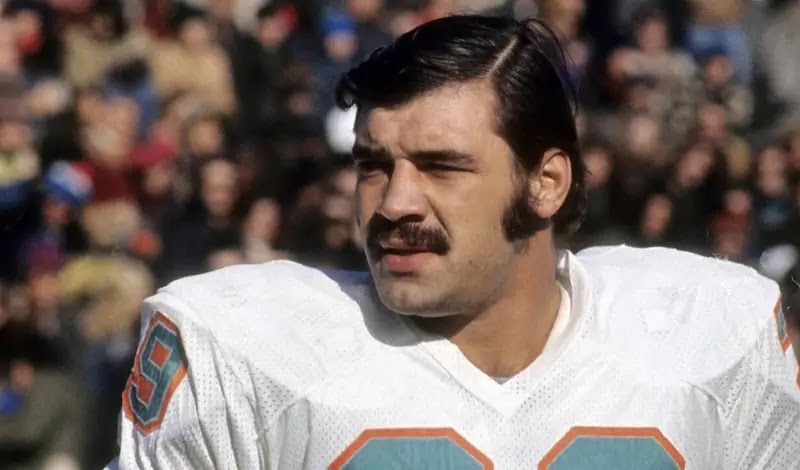 Larry Csonka, early 1970s Miami Dolphins running back, one of the players on the 1972 undefeated team, two-time Super Bowl winner, and a member of the College and Pro Football Hall of Fame.

Larry Richard Csonka was born Dec. 25, 1946, in Stowe, Ohio. He was one of six children in a family of Hungarian immigrants. He began his football career as a fullback. In one game he had to replace an injured partner on a return, the ball accidentally bounced to Larry. He didn't score a touchdown, but dropped a couple of tackles along the way and, in his own words, fell in love with the feeling of running with the ball and dodging opponents. In 1964, Csonka enrolled at Syracuse University, played a season at center linebacker for the team before finally converting to fullback. Larry set several records for a program known for its runners: notably, Jim Brown and Heisman Trophy winner Ernie Davis played for Syracuse before him. Twice he was named to the all-star team for the season. Game No. 39, by which Csonka played, is out of college circulation. He has been a member of the College Football Hall of Fame since 1989.

In the 1968 draft, the Dolphins selected him in the first round at No. 8 overall. The start of Larry's NFL career was very difficult. He suffered a concussion in his fifth game and spent some time in the hospital. Three weeks later, Csonka suffered a second concussion, a ruptured eardrum and a broken nose. He overcame those problems, however, and for the next five years he was the main impact force in Miami's offense. In four seasons from 1970 to 1974, he did not miss a game. Larry was compared to 1930s star Bronco Nagurski for his power running style and ability to gain yards with the quarterback hanging on his shoulders. In one game, while carrying the ball, he even managed to get flagged for roughness. He broke his nose at least ten times during his athletic career, and Dolphins linebackers coach Monte Clark figuratively said, "When Csonka goes on safari, the lions cover the windows in the houses."

In addition to the Dolphins, Larry had time to play for the New York Giants and the Memphis Southman World Football League team. With Miami, he won Super Bowls VII and VIII. In eleven years in the NFL, Csonka gained 8,081 yards on the ground and scored 64 touchdowns. He was named to the Pro Bowl five times and was named to the All-Pro first team three times. The Dolphins took his No. 39 out of circulation. He was elected to the Pro Football Hall of Fame in 1987.

After his career, Larry was a motivational speaker, hosted a TV show about hunting and fishing, and starred in several movies. He was a scout and general manager for the Jacksonville Bulls of the United States Football League club and worked as a commentator for NBC. In the latter half of the 1980s, Csonka moved to Anchorage, Alaska, participating in dog-sled races and boating trips. He has a farm in Ohio and a restaurant in Florida. Larry also supports the Spine Research Institute and its established rehabilitation center.