Manning, the only monarch in two kingdoms

From 1998 to 2015, the NFL enjoyed the play of one of the best quarterbacks ever: Peyton Manning. 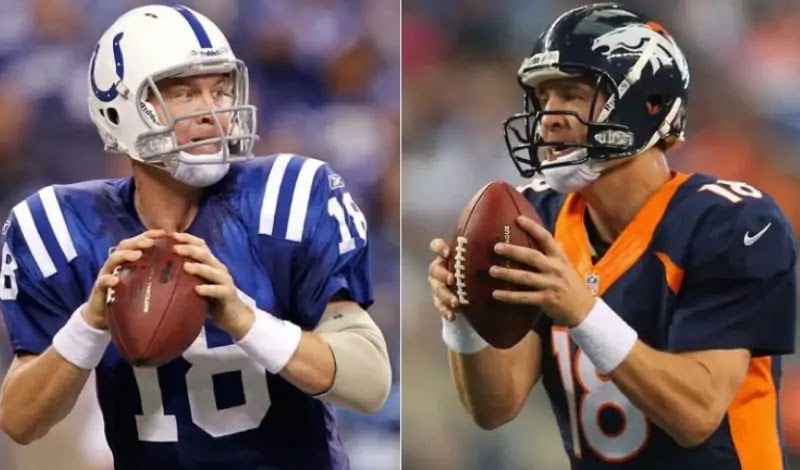 From 1998 to 2015, the NFL enjoyed the play of one of the best quarterbacks ever: Peyton Manning. No matter who you think, there will never be another like him. It is something very difficult to assimilate. Whether you were a Colts or Broncos fan or not, old Manning was a delight on the field. He dominated his position during an 18-year career in which his name represented excellence par excellence.

At the end of the 2006 season, the Indianapolis Colts, with a full-fledged and experienced Manning, qualified for Super Bowl XLI, which was played at Dolphin Stadium in Miami. They faced the Chicago Bears, who came into the game with the best defense in the NFL. However, Manning and company won 29-17. The Sheriff completed 25 of 38 passes for 247 yards, one touchdown, one interception and was voted MVP of the game. It was the first championship ring for Peyton, at the age of 30.

Years went by. Manning was simply dominant, a brilliant mind on the field that unhinged defenses at will by cheating, changing plays, he was simply 'The Master'. But another Super Bowl victory was not to come.

In 2010, he suffered a violent injury that resulted in cracked vertebrae. Manning ended his time with the Colts. He missed the entire 2011 season to heal and rehabilitate. Much was said about a possible retirement, but at 36 years of age, it was announced that starting in 2012 he would be part of the Denver Broncos.

Six years later, in the 2015 season, Peyton made history. At 39 years of age and with a severe neck injury on his back, he qualified the Broncos to Super Bowl 50. The opponent was the Carolina Panthers, led by quarterback Cam Newton, a young man with a lot of energy, but lacking experience in this type of game.

Manning, without a spectacular game and backed by a voracious defense, as well as a sharp ground attack, simply dedicated himself to not making mistakes and doing enough to move the chains without risking the ball. He completed 23 of 23 passes for 141 yards and one interception, and was caught five times. In spite of everything, Broncos defeated Panthers 24-10 in Super Bowl 50 and in this way, Manning became the only player in history with two Vince Lombardi Trophies with two different teams.

Peyton Manning's career, a five-time NFL MVP and 14 Pro Bowl selections, speaks for itself and a place in the Pro Football Hall of Fame already awaits him. Here are some of his accomplishments: