Here's the 5 Best Super Bowl Commercials Of All Time, We all know several non-football loving folk who only watch the Super Bowl for its commercials. 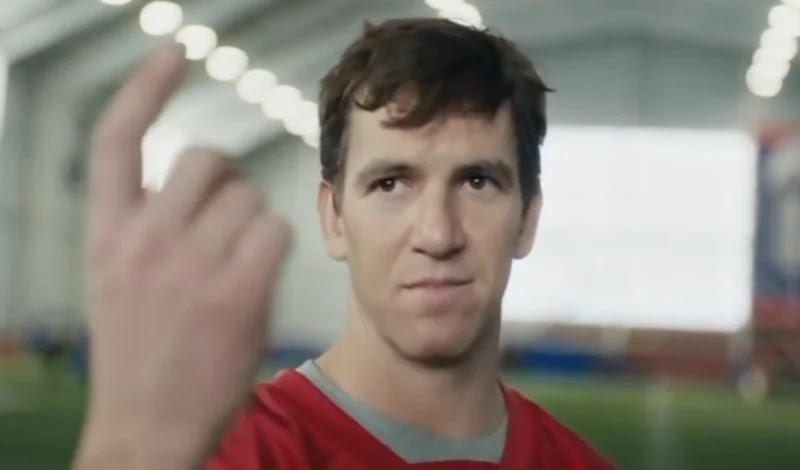 The Super Bowl attracts over a hundred million viewers every single year, but not every viewer is strictly tuning in for the football. We all know several non-football loving folk who only watch the Super Bowl for its timeless commercials, every year for better or for worse we are treated to some over the top ads from the world's biggest companies and businesses. So today we're taking a look at five of the best Super Bowl commercials of all time.

Joe Greene 1979 Coca-Cola commercial set the golden standard for what a Super Bowl ad is all about.

This remains the crown jewel of NFL advertisements more than four decades later, short, simple to the point and heartwarming.

The Pittsburgh Steelers icon suffers an injury during a game and is shown limping through the tunnel. A young boy tries cheering Greene up by telling him he's the best ever while offering his bottle of coke. After multiple please, Greene reluctantly accepts the drink. He then returns the favor by throwing the kid his game worn jersey and uttering the most memorable line in Super Bowl commercial history.

The commercial was also parodied 30 years later for another Super Bowl ad, this time for Coca-Cola zero calories.

A commercial did pretty well when it's still making its mark over 40 years later.

The universally beloved and adored Betty White passed away on december 31, 2021, just 18 days before what would have been her milestone 100th birthday. Gone but never forgotten, White's contributions to the film industry cannot be emphasized enough, she never lost her sense of humor, and she never got tired of working. Then 88 years of age, White starred in a 30 second snickers commercial for Super Bowl 44 between the Indianapolis Colts and New Orleans saints. White single-handedly made this commercial a timeless classic.

Snickers satisfies after White's passing, the Snickers commercial resurfaced and continued to go viral around the internet and social media. The success and popularity of the commercial led to plenty of calls for white to host Saturday night live, and the calls were answered, as she did just that later on in the year.

Eli Manning and Odell Beckham Jr were one of the NFL's most dynamic duos of the 2010s. They spent five seasons together with the New York Giants from 2014 to 2018, but the entertainment of these two went far beyond just the gridiron. For Super Bowl 52 between the Philadelphia Eagles and New England Patriots in 2018, OBJ and the younger Manning brother starred in a hilarious 60-second dirty dancing inspired commercial.

Looking back now, the commercial is even greater considering the apparent drama that was going on behind the scenes. You've probably heard all the reports about OBJ being difficult to work with and clashing with teammates and coaches in the meadowlands. Even if the relationship between Eli and Beckham soured over time, we ought to thank them for at least getting along in this Super Bowl ad.

This was a game-changing time for humanity and technology. Super Bowl 18 between Washington and the Los Angeles Raiders was far from thrilling, but millions of viewers were treated to something even more important than a football game. The introduction of the new Apple Macintosh personal computer.

All those viewers were brought to a whole new world that would change technology forever. Back in the 80s, commercials like this were never seen.

This ad was subsequently named to the Clio's Hall Of Fame. In 1999 TV guide named it the greatest commercial of all time. Much like the aforementioned mean Joe Greene commercial, Apple's 1984 advertisement has been frequently spoofed. Perhaps the best and most well-known parody was done by epic games, the developer of the Fortnite series. Related: Can you watch all NFL Games on YouTube TV?

1. McDonald's “The Showdown” with Michael Jordan and Larry Bird

The Goat and Bird has so many unforgettable on-court showdowns throughout their Hall Of Fame careers, but there is a case to be made that their McDonald's Super Bowl ad was by far the most entertaining moment of their rivalry.