The Super Bowl 2023 will take place on the night of February 12-13 at State Farm Stadium in Glendale, Arizona. The game begins at 6:30 P.M. ET.
Home
NFL
Tennessee Titans 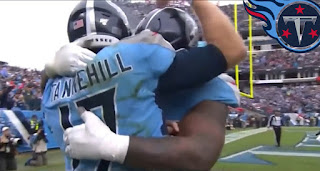 Ryan Timothy Tannehill III was born on July 27, 1988, in Lubbock, Texas. While at school, he played as quarterback, receiver, d-back, and was one of the best players in the division. Ryan also played basketball and performed well in athletics. After graduation, he had offers from most of the Texas NCAA Division 1 programs, among which Tannehill chose Texas A&M.

He spent his first year in college as a redshirt, and in the second he was only the third quarterback of the team, losing the fight to Stephen McGee and Jerrod Johnson. Team head coach Mike Sherman decided to use his other skills and Ryan was the host again. In his fifth match, he set a rookie varsity record with 210 yards, up from 844 yards in total in 2008. A similar scenario developed the next season: Johnson became the starting quarterback, and Tannehill caught his passes, scored 609 yards with four touchdowns on the reception, and as a passer received only eight snaps. That changed over the course of the third season of Ryan's student career. In the second part, he entered the field for the first time as a starting quarterback and immediately set a program record with 449 passing yards. His only full season as a quarterback was his last in college. However, Texas A&M Tannehill left with 5,450 passing yards and 42 touchdowns, and he earned 1,596 yards on reception with ten touchdowns.

In the 2012 NFL Draft, the Dolphins picked him overall in eighth. Ryan was only the third quarterback in team history to be selected in the first round. Before him, only Bob Griese and Dan Marino took so high in Miami, after — Tua Tagovailoa. In his debut season, Tannehill played all sixteen regular season games, becoming the fifth quarterback in franchise history to score over 3,000 yards. He also set the Dolphins rookie records for passing attempts, completes and yards. Ryan just fell short of 4,000 yards in season two and threw twice as many touchdowns as in season one. Seventeen interceptions became a minus achievement. In addition, Tannehill's problems regularly created their own linear ones: 58 sacks were required for 16 regular season matches.

Before the start of the 2014 season, the offensive coordinator changed in the Dolphins. The sacking situation improved slightly, but Ryan's interceptions decreased. For two years in a row, he gained over 4,000 yards. In 2016, that figure fell to 2,995 yards, but Miami managed to break into the playoffs for the first time in several years. Tannehill missed the 2017 season entirely, tearing knee ligaments in a pre-season workout. This was followed by a shoulder injury, playing problems and the worst 1,979 yards in 2018. This season was his last with the Dolphins, who traded Ryan in Tennessee.

Tannehill began his career at Titans as an understudy for Marcus Mariota, entering the field for the first time in the sixth week of the 2019 championship. He then pushed his rival out of the lineup and managed to score 2,742 yards with 22 touchdowns and just 6 interceptions by the end of the season. Ryan's passing rating for the season was 117.5, the best in the league and a record for the franchise. He also set the Tennessee record for average yards per pass attempt — 9.6. In the playoffs, where Titans went two rounds, beating the favorites from the Patriots and Ravens, the main role was assigned to the offensive. Ryan scored 72 yards with a touchdown in the first game, and 88 with two in the second. In the Super Bowl era, winning two playoff games with less than a hundred yards and at least one touchdown was won by Terry Bradshaw. Tannehill's season ended with his first career in Pro Bowl,

Ryan has big plans for his future career. In 2011, he received his BA in Biology. In an interview, Tannehill said that he wants to become an orthopedic surgeon.
Not the best but still good.