The Super Bowl 2023 will take place on the night of February 12-13 at State Farm Stadium in Glendale, Arizona. The game begins at 6:30 P.M. ET.
Home
Jacksonville Jaguars
Miami Dolphins 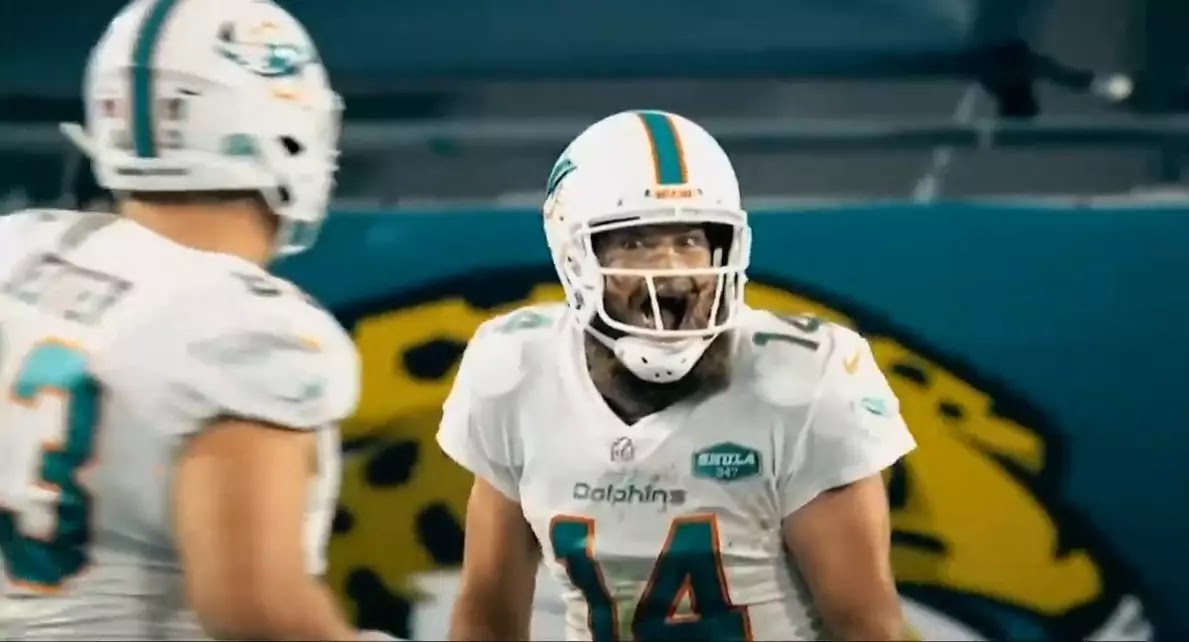 Ryan Fitzpatrick was the hero today in TNF match passing 3 Touchdowns that changed the whole game to became in Dolphins hand and reflected negative in Jacksonville Jaguars players by losing their ability to play especially Minshew.
The Miami Dolphins did not shy away from playing away from home and secured their first victory in 2020 in the NFL. In a great presentation at the start time, Brian Flores' team had the defense on a big day to narrow down the options of the home team and win by 31 to 13.
If Ryan Fitzpatrick was not in a big game, the Miami defense knew how to close all the spaces in the first half and increase the pressure even more in the second. With crucial mistakes by Jacksonville, Miami had tranquility throughout the confrontation to manage mainly in the last 12 minutes when the duel was practically decided.

Even playing away from home, the Miami Dolphins was great in three of the four campaigns in the first half. Strong in both offense and defense, the team started the game by scoring in a long campaign, quickly removed the Jaguars from the field and opened 14-0 before the end of the first quarter.

The Jaguars managed to reduce the loss at the beginning of the 12 minutes before the break and in a good campaign Gardner Minshew managed to take the ground game to the first seven points. However, the Dolphins continued to score with the various options of the offense and Jacksonville continued to miss in many easy moves and ended up missing a fourth drop in the midfield. Less badly for coach Doug Marrone's team that the rivals did not score for the first time that night and the score ended up at the break in 21 to 7.

Preston Williams opened the game with touchdown to Philadelphia Dolphins

Fitzpatrick passed the ball to Preston Williams in the first minutes in the Match, scored a touchdown against Jacksonville Jaguars.

Jordan Howard scored the 2nd touchdown in the 1st quarter in the game with score 14-0 to Dolphins vs Jaguars.

This TNF is a game that is going wrong but some things are working and by magic Dolphins is taking 28-7.

Defense of the Jaguars begins to fulfill its role. The Dolphins will return the ball.

The OL is unfortunate, there have been several snaps where several Dolphins defenders like Pedro have entered through his house.

Minshew gets the pass with Robinson, but after the review they don't get the first down

0 blitz. It was obvious, the Jauguars lined up empty, the Dolphins had to show their play (if they were trying to hide it). Typical call of Flores in gotta have it plays. Minshew had the ball long. For 0 blitz

The first time in the game the Dolphins used 0 blitz. With his check against empty that Belichick / Saban call Rain. And since Flores worked with Belichick I imagine he calls him the same.

At the end, Dolphins vs Jaguars score was impressive and unexpected lead Miami Dolphins to achieve first win in the 2020 season.