The Super Bowl 2023 will take place on the night of February 12-13 at State Farm Stadium in Glendale, Arizona. The game begins at 6:30 P.M. ET.
Home
best NFL players in history
Chicago Bears

A Day in History - Alonzo Spellman

A Day in NFL history, Alonzo Spell man, professional football player and one of the strogest defense players in NFL and Chicago Bears. 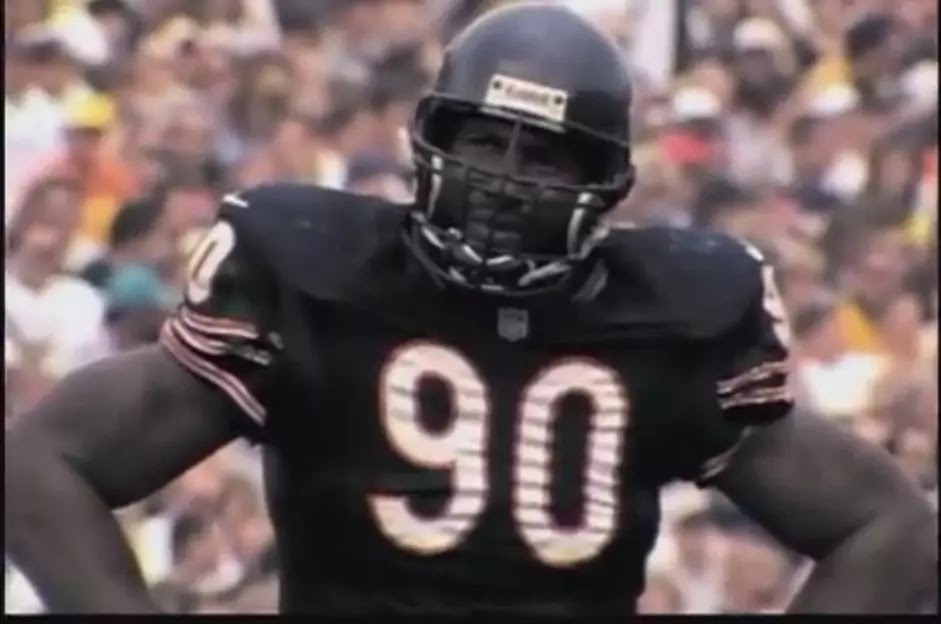 Alonzo Spellman, who was one of the leading defenders of the Chicago Bears in the mid-1990s.

Alonzo Robert Spellman was born on September 27, 1971 in Mount Holly, New Jersey. As a child, he stood out from his peers for his size and physical strength. On the school football team, Spellman played as a linebacker, was considered one of the best in the state, and received the Player of the Year award. The basketball coach saw him as a future NBA player. Alonzo himself made a choice in favor of football and after school went to the Ohio State program.

His first season  was also his brightest. The rookie took to the pitch as an outside linebacker and became the team leader in sacks and tackles with a loss of yards. Then the coaches transferred Spellman to the place of the d-end, where his productivity declined slightly, although this did not prevent Alonzo from getting into the Big-10 All-Star team at the end of the 1991 season. Studies, on the contrary, were given to him with great difficulty. In the second year of study, he sent another person to the exam in his place. The deception was revealed and Spellman was suspended from the bowling game.

He entered the NFL draft in 1992. In the first round, Alonzo was selected with a total of 22 in Chicago Bears. For the first two years of his career, he sat behind the back of future Hall of Fame member Richard Dent, but consistently appeared on the field in almost every match.

Spellman joined the starting lineup in 1994 with the arrival of Dave Wannstedt as head coach. Over the course of three seasons, he made at least seven sacks, becoming the main threat to quarterbacks in the Bears ranks.

Alonzo's problems began in 1997. First, he injured his shoulder and missed five regular season games, then got a three-game suspension for inappropriate behavior off the field.

When the season ended, Spellman's career went downhill. In March 1998, an outbreak of rage over a late doctor's appointment ended with threats of suicide from the player. Only after persuasion from former Bears partner Mike Singletary did he agree to hospitalization, but left the hospital the next day.

Alonzo was diagnosed with bipolar disorder, but instead of drugs, he decided to save himself with alcohol and drugs. In June, he effectively took his agent hostage, whose home was under police siege for eight hours.

Spellman was arrested and sent to the clinic, but he escaped again, this time without shoes or clothes. Only after this incident did the Chicago office decide to expel him. whose house was under police siege for eight hours.

In July 1999, after a year's absence, Spellman signed with Dallas Cowboys. In Texas, they were not afraid to take a risk and to some extent the rate worked.

Alonzo spent two full seasons in the defensive tackle position, making ten sacks, but never returned to the form he had in Bears. The last team of his career was Detroit Lions, for which he played five matches in 2001. After being expelled, Spellman broke down again and stopped taking medication. In the summer of 2002, he made a riot aboard a plane that made an emergency landing. First, Alonzo was placed in a psychiatric clinic, but then arrested and, despite the diagnosis, sentenced to 18 months in prison.

After his retirement, he took up mixed martial arts (MMA) , and spent the season with the Las Vegas Gladiators arena football league. Alas, attempts to return to sports have failed, and the problems with the law only multiplied. He was last arrested in 2015 after being charged with drug possession.