Littlefacts before Start of New York Jets vs Bills match, in week 1 of the 2020 season. 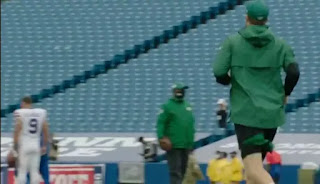 Littlefacts before Start of New York Jets vs Bills match, in week 1 of the 2020 season.

Also, it is worth noting that Chris Herndon will be the top target for Darnold, but keep in mind that the Bills have a strong safety tandem. So Chris will have a hard time.

Of the 9 draft picks this year, 5 miss their first leg of the season due to injury:

Two will miss at least three weeks as they are included in the injured reserve. According to Gaze, Denzel Mims may go there too.

The Jets defense must be careful about Josh Allen's scrambles. Last season, in his first game with us, he ran 38 yards on 1 touchdown. In general, over the past year, the Jets have had trouble with running quarterbacks, allowing them to kick 268 yards. This is the 10th highest in the NFL.

The Bills have the highest percentage of eligibility in the League. They managed to keep their roster on both sides of the ball at 88%. In a shortened / virtual off-season without pre-season games, the squad played is key.

This will be the 4th meeting between Sam Darnold and Josh Allen, while the score in Sam's favor is 2-1. In Buffalo, Darnold remains undefeated 2-0 away.