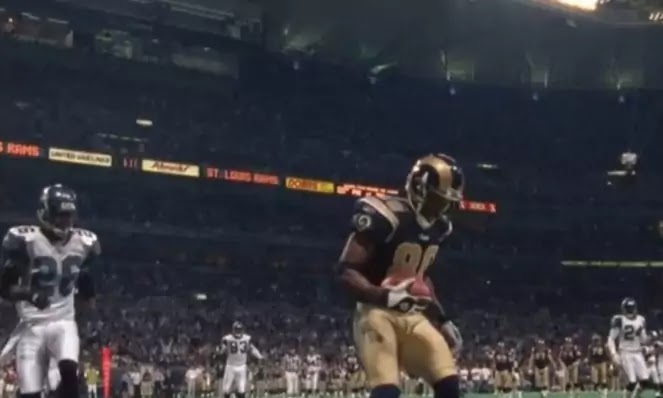 Issac Bruce Stats and History in NFL and College football

Isaac Isidore Bruce was born on November 10, 1972, in Fort Lauderdale, Florida. He attended James Dillard High School and won the State Championship with his team in 1989. After graduation, Bruce intended to go to Purdue University, but was unable to do so due to insufficient academic performance. The future star had to first go to West Los Angeles College, and then Santa Monica College. Only two years later, Isaac was able to get into the NCAA, and even then into the not most prestigious program of the University of Memphis. There, he played only two seasons and became the first receiver in his history to score over 1,000 yards in a season.

In 1994, Bruce entered the NFL Draft and the Los Angeles Rams were selected in the 2nd round. He converted his first move in the league into a 34-yard touchdown, and at the end of the season was recognized as the team's best rookie. In the second year, after the Rams moved to St. Louis, Isaac had already scored 1,781 yards on reception, behind only Jerry Rice, who stopped at 1848 yards. In 1996, he managed to become the best in the league with a more modest 1,338 yards. Then he was invited to Pro Bowl for the first time in his career.

The 1997 and 1998 seasons turned out to be crumpled due to injuries, but immediately after returning, Isaac again closed the 1000 yard bar. The 1999 season ended for the Rams with a triumph at Super Bowl XXXIV, where Bruce landed a winning 73-yard touchdown at the end of the fourth quarter. After that, he signed a new seven-year contract with the team and went on to rewrite the history of the franchise. In 2000, their duet with Torry Holt was only the second in history to have both receivers hit over 1,400 yards in a season. 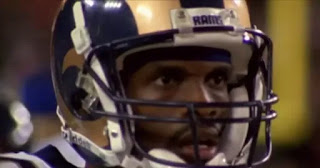 In the 2001 season, Isaac once again played for the team in the Super Bowl, and during the next he came out on top in Rams history in terms of the number of moves made. He played for St. Louis until the end of the 2007 season and left the team as the leader in receiving yards among active players. The last two seasons of his career, Bruce spent in San Francisco, crossing the milestone of 1000 ball receptions. He finished third in the NFL in the number of receiving yards in his career, and Bruce is now fifth on that list. Number 80, under which he played, was taken out of circulation by the Rams. In 2020, he was elected to the Professional Football Hall of Fame.

After finishing playing, Bruce focused entirely on charity work, in which he participated throughout his career. He provided tickets for NFL games to various children's and youth organizations, helped them with paraphernalia and transportation. He was also an ambassador for the United Way organization, and later participated in the campaign against domestic violence. Isaac Bruce now lives in Florida and works as the sports director of the University of Fort Lauderdale.