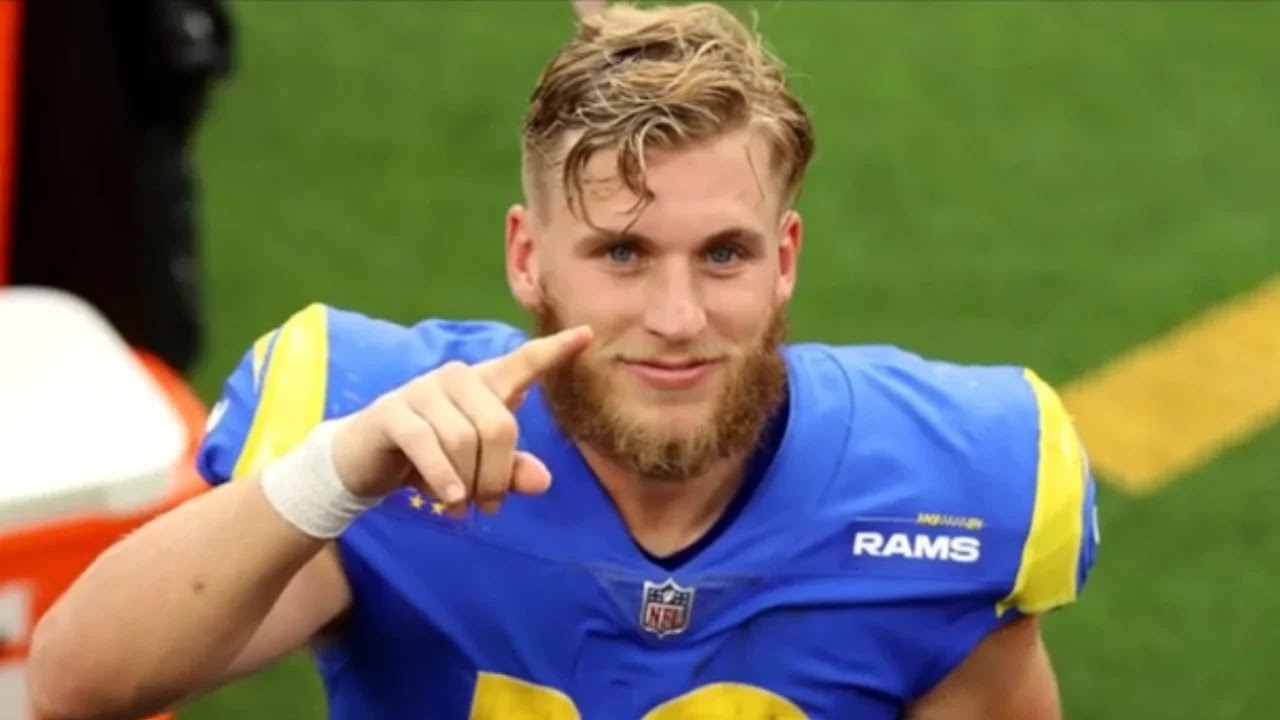 Kupp is in the second year of a $47 million contract with the LA Rams.

Despite the large contract, his base salary is a mere $1.5 million. It won’t be until next season when Kupp receives the bulk of his contract when he earns over $14 million in base salary.

Ahead of the 2023 season, the Rams can payout Kupp’s contract which would cost them around $35 million.

In June of 2015, Kupp married his college sweetheart, Anna Croskrey.

The wide receiver’s shout-out to the school was well-received among the wedding’s attendees.

Croskrey was an athlete at Eastern Washington as well. She was on the school’s track and field team, and competed in the heptathlon.

Prior to the 2020 NFL season, Kupp switched numbers. He had worn the number 18 jersey since being drafted by the Rams in 2017.

However, he decided to switch to number 10, his number at Eastern Washington University.

Understanding that a number of fans had already bought his number 18 jersey, Kupp encouraged fans who had bought the jersey from NFL Shop  and Rams Shop to send in a proof of purchase.

Fans were then sent a mailing address to send in their old Kupp jerseys. After receiving the old jersey, the material was upcycled via the clothing company “Refried Apparel” into custom-made garments that were  designed by Kupp and his wife, Anna.

Kupp has been relatively durable during his LA Rams career.

The wide receiver’s biggest layoff due to injury was during the 2018 season. He suffered an ACL Grade 3 tear in November forcing him to miss the Rams’ final six games of the season. The ACL was surgically repaired forcing Kupp into a grueling four-month rehab.

Much of Kupp’s time out was spent in the weight room trying to rebuild strength in the leg. According to Kupp, the ACL injury taught him patience as it wasn’t an injury he could bounce back from the following week.

His times in the 20-yard shuttle of 4.08 seconds and the three-cone drill of 6.75 were at the elite level, however. When the LA Rams coaching staff sat down with Kupp at the Combine interview, they were blown away by him. He spoke to them in ways other players didn’t. Head coach Sean McVay claimed it was like he was speaking to a wide receivers coach and not a football player.

He had tried to market himself on football recruiting websites and through services. Despite sending game tapes to a long list of college coaches, no one replied to him. Three weeks after Kupp’s senior year of football, Eastern Washington offered him a scholarship, just before Idaho State did. Most top high school players get offers well before their senior high school seasons, but Kupp had to wait until after his senior year was finished.

4. Kupp’s grandfather and father both played in the NFL.

His father, Craig Kupp, was a quarterback for the New York Giants, Arizona Cardinals, and Dallas Cowboys.

Craig Kupp was drafted by the Giants in 1990 where  he played on the practice squad. He then played for the Cardinals and Cowboys in 1991 before moving to the World League of American Football, playing for the San Antonio Riders and Montreal Machine in 1992.

Cooper Kupp’s grandfather, Jake Kupp, played for the Cowboys, Washington Redskins, New Orleans Saints, and Atlanta Falcons from 1964 to 1975. He was an offensive lineman and was elected to the Saints Hall of Fame in 1991.

3. Kupp ended up at Eastern Washington due to a lack of eye-popping high school stats.

The coach was shocked by the wide receiver’s work ethic and desire to improve.

Kupp began training for the new college football  season in February before spring practices. He was typically the only Eastern Washington player training in the weight room. Along with lifting weights, he would spend time indoors catching  tennis balls thrown to him by a ball machine.

It helped Kupp work on his timing and hands. If he could catch a tennis ball shot at him at high speed, then the football would look like a beach ball when thrown to him on the football field.

According to Baldwin, he would often find Kupp alone in the film room watching game and practice film over and over again. The wide receiver didn’t just watch himself on film. He also watched the other players, so he could understand what they did on every play.

1. By the time Kupp left Eastern Washington, he had racked up 6,464 receiving yards, which was more than any college receiver at any level.

Kupp set Football Championship Subdivision records in receptions with 428 and receiving touchdowns with 73. Remarkably, Kupp caught at least two passes in each of the 52 games he played at Eastern Washington.

That’s all 10 Facts You Didn't Know About Cooper Kupp, tell who is the best wide receiver this season, Cooper Kupp or Robert Woods!