A Day in History in NFL : Raiders quarterback Rich Gannon

Rich Gannon, best known for playing for a number of NFL clubs, Most Valuable Player in the League of 2002 and holder of several Raiders club records.

Rich Gannon, best known for playing for a number of NFL clubs, Most Valuable Player in the League of 2002 and holder of several Raiders club records. 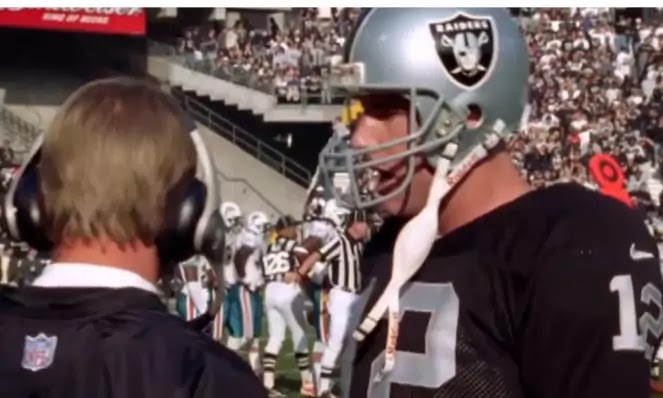 Richard Joseph Gannon was born on December 20, 1965, in Philadelphia. There he grew up and graduated from school, for which he played football and basketball, was engaged in rowing. In 1983, he entered the University of Delaware and began his student career as a punter. It wasn't until the second year that coaches began to use Rich as a quarterback. For the remaining three seasons, he managed to set two dozen records for the program and became the first quarterback in its history to gain at least 2,000 passing yards for three years in a row.

In 1987, Gannon entered the draft and was selected by the Patriots in the 4th round. The club planned to transfer him to running backs, but Rich refused and was quickly traded to Minnesota. He began his career as a backup for Wade Wilson, but in his debut season he managed to play in the playoffs. In the starting lineup, he first entered the field only in 1990. It was a game against John Elway's Broncos, in which Gannon threw just 6 passes in 13 tries, was hit seven times by a sack, but ended up making the Vikings' 56-yard touchdown winning. Nevertheless, in Minnesota, Rich did not manage to really gain a foothold in the composition.

In August 1993, he was traded to the Washington Redskins. There he spent one season, playing in half of the championship matches and gaining only 704 yards. Then Rich had shoulder surgery and was out of the game for a year. He was given a chance to return to Kansas City. After spending three seasons as a backup, Gannon again became the starting quarterback in 1998, replacing the injured Elvis Grbac. After the end of the championship, the contract expired, and Rich became a player for the Oakland Raiders. This segment of his career was the final and, at the same time, the brightest. In the offense of Jon Gruden, Gannon revealed himself and was among the Pro Bowl participants for four seasons in a row. His best year came in 2002, when Rich scored 4,689 yards, was named NFL MVP and helped the Raiders advance to Super Bowl XXXVII. During that season he set several franchise records, but in the main game he distinguished himself with a minus sign: 272 passing yards, 2 touchdowns and 5 interceptions. Three interceptions by the Buccaneers players then returned to the home zone. After that, Gannon spent two more seasons with the team, but played little: first, the coach changed in the Las Vegas Raiders, and then the quarterback suffered a serious neck injury. In his seventeen years of his career, Rich has passed 28,743 yards, made 180 touchdowns and 104 interceptions. For a significant time, he held the NFL record for the most compliments per game without overtime, now held by Jared Goff.

After his retirement, Rich worked as a commentator for CBS, and acts as an analyst in print media. Together with his wife, he raised two daughters. The Gannon couple are involved in charity work and support the National Celiac Foundation.