A Day in History in NFL & D'Brickashaw Ferguson Career History

D'Brickashaw Ferguson, having played off Offensive tackle in the Jets for ten years and did not miss a single match during this time and spent 99.991%

On December 10, 1922, the Canton Bulldogs team beat Toledo Maroons with a score of 19-0 and won the championship for the first time in their history. 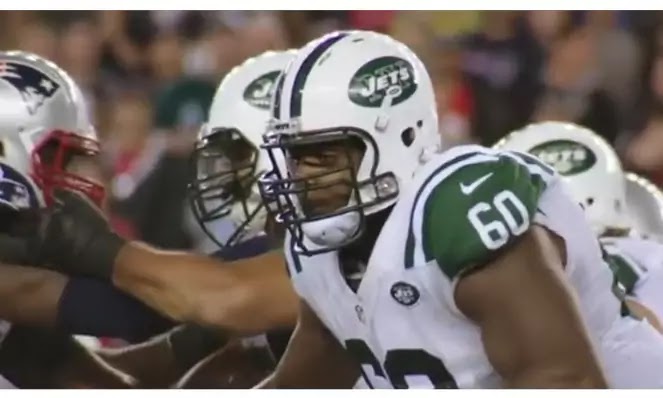 The 1939 NFL Championship Finals also took place on December 10. On the field of the Daire Bowl Stadium, now in its place is the racetrack, the Green Bay Packers beat the Giants 27-0, becoming the champion for the 5th time.

On December 10, 1940, another NFL draft took place in Washington. The Bears chose running back Tom Harmon of the University of Michigan under No. 1. Harmon refused the contract and decided to build a career as a film actor, which was later interrupted by the war. He graduated from flight school, piloted a P-38 fighter, took part in battles in North Africa and over China, and was awarded several medals. Tom returned to his football career after the war and played two seasons with the Rams.

D'Brickashaw Ferguson, having played off Offensive tackle in the Jets for ten years and did not miss a single match during this time and spent 99.991% of possible snaps on the field.

D'Brickashaw Montgomery Ferguson was born on December 10, 1983, in New York. His father gave him an unusual name in honor of one of the characters in the novel “The Thorn Birds”. After high school, Ferguson entered the University of Virginia. For the Cavaliers, he played 49 matches, twice in a row he was included in the national team of the ACC conference stars. For four seasons in a row, he was the team's starting left tackle in bowls. In addition to football, D'Brickashaw was engaged in martial arts, having received a black belt in shotokan karate.

In the 2006 Draft, Ferguson was selected by the Jets in 4th overall. In the team's starting lineup, he replaced the outgoing veteran Jason Fabini. At the end of his debut season, he joined the Football Journalists Association of America's Rookie Team of the Season. From 2009 to 2011, D'Brickashaw was one of the Pro Bowl members. All in all, he spent ten years in the NFL, having played 160 games in the regular season and seven in the playoffs. In terms of snaps, Ferguson was on the field in 10,707 out of 10,708 Jets offense, rightfully earning the right to be called Iron Man. The only snap missed was in the final game of the 2008 season, when the team tried 96 yards with lateral passes in hopes of saving the game against the Miami Dolphins.

Ferguson now lives in New Jersey with his wife and two daughters. His charitable foundation provides scholarships to students at several New York universities, and also finances the restoration and renovation of churches.