A Day in History in NFL : Reggie White, Eagles Star and Super Bowl Winner with Packers

Reggie White, star of the Eagles and Super Bowl winner with the Packers, outstanding defender of the 1980s and 1990s, player of the NFL Century Team

On December 19, 1947, another NFL Draft took place in Pittsburgh. The Washington Redskins chose the University of Alabama midfielder Harry Gilmer as number one. In the league, he had a decent, if not as bright as in college, career. In addition to the Redskins, Gilmer played for Detroit, and in the mid-1960s was the head coach of the Lions. 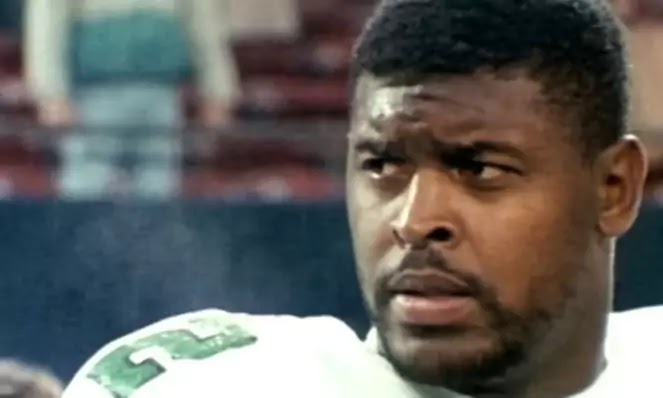 In 1948, on this day in Philadelphia, the Eagles and the Chicago Cardinals met in the final of the championship at PNC Park. The match took place in heavy snow conditions, by the time of the kick-off the snow thickness on the field was about 10 cm. Under such conditions, the teams implemented only 5 pass attempts out of 23 for two, and everything was decided by Steve van Buren's external touchdown in the 4th quarter. The final score is 7-0 in favor of the Eagles!

The same day in 2010 was again a happy one for the Philadelphia Eagles. The team created the “Miracle at the New Meadowlands”, scoring 28 points in a row in the fourth quarter and turning 10-31 into 38-31. The main hero of this battle was DeSean Jackson, who scored a 65-yard touchdown on a pant return after the match time expired. Let's not forget the other creators of this miracle: quarterback Michael Vick and head coach Andy Reid.

Reggie White, star of the Eagles and Super Bowl winner with the Packers, outstanding defender of the 1980s and 1990s, player of the NFL Century Team of the century, and member of the College and Professional Football Halls of Fame.

Reginald Howard White was born on December 19, 1961, in Chattanooga, Tennessee, famous for the battle during the American Civil War. Since childhood, Reggie dreamed of football and at the age of twelve he told his mother that he wanted to first become a professional player, and then a priest. After graduating from high school, in 1980, he entered the University of Tennessee. Here he became a star from the first days. White set records for the program for the number of sacks per game, season and career. He was recognized as the SEC's Player of the Year, and his # 92 was removed from circulation in the program. In 2002, Reggie was inducted into the College Football Hall of Fame.

White began his professional career in an unusual way: with two seasons in the United States Football League. He made 36 appearances with Memphis Showboats, enjoying the opportunity to play football in his home state. In the NFL, Philadelphia has had the rights to him since 1984. When the USFL closed its doors, Reggie signed with the Eagles. He joined the squad during the 1985 season, ending it as the NFC's best rookie in defense. With the Philadelphia Eagles, White played eight seasons, earning his status as one of the greatest players in franchise history. In 1987, he was named Defensive Player of the Year. His worst result in this segment was 11 sacks, and in 1987, when the regular season was reduced to 12 matches, he made 21 sacks.

In 1993 White signed a free-agent deal with the Packers. Here he played for another six years. The alliance earned Reggie the coveted Super Bowl XXXI championship ring and another Defensive Player of the Year title. He left Green Bay as the holder of the franchise record for the number of sacks made. White spent the final season of his career in Carolina. Here he made 5.5 sacks, the most modest result of his career. Their total number has reached 198. To this day, this remains the second result in the history of the league, and it is unlikely that in the foreseeable future there will be another player capable of reaching the heights of Reggie White and Bruce Smith. If we add here his statistics in the USFL, then in total at the professional level he will have 221.5 s. White has been a Pro Bowl member thirteen times in his career, his number retired from the Packers and Eagles. He is inducted into the Halls of Fame of both franchises. Reggie is also included in all kinds of symbolic teams of the decades and the NFL Centenary Team, since 2006 he has been a member of the Professional Football Hall of Fame. Reggie's second dream also came true — he became a Baptist minister. Throughout his career, he was actively involved in religious activities, helping to restore a burned down church in one of the cities in Tennessee.

Reggie White died in hospital on December 26, 2004, at the age of only 43. He was taken there with heart problems, and later the most likely cause of death was sarcoidosis, with which he lived for many years. In 2008, one of the streets in Chattanooga was renamed in memory of him. Another street named after him is located near Lambo Field in Green Bay.