How Good Was Michael Vick? He is insane

Michael Vick is one of the most well-known names and faces in NFL history. He played for Atlanta Falcons, Eagles and as a backup QB for Steelers, Jets

Michael Vick is one of the most well-known names and faces in NFL history. After his playing career finished, he made a nice little living working for FOX on a variety of different shows and of course everyone has their favorite Vick memories of playing with his absolutely unstoppable madden 2004 animation, but how much of his NFL lore stems from these momentary glimpses. 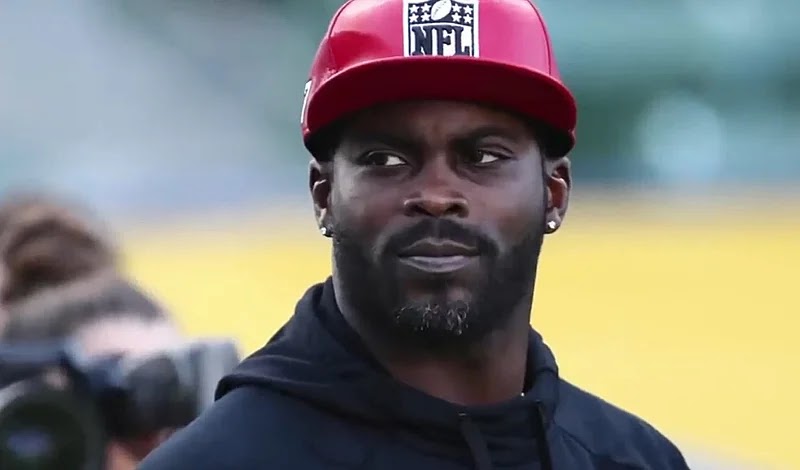 After becoming sort of a local legend in the Newport News area of Virginia, Vick went on to electrify college football fans during his time at Virginia Tech. Leading a football program that lacked any sort of tradition all the way to what many believe will be the school's only national title game appearance ever.

During the 1999 season, Vick led the NCAA in passing efficiency, posting a record for a freshman at 180.4. He threw for 1840 yards and 12 touchdowns and rushed for 580 yards and eight touchdowns. Earning him a third place finish in the Heisman trophy voting, which at the time had never been won by a freshman.

His sophomore season failed to live up to the sky-high expectations he established for himself as freshman, but that was mostly due to his struggles with the injury bug, but he was still a clear-cut top draft pick when he declared for the 2000 draft then going first overall in the NFL draft to the Atlanta Falcons. Vick took that same dual threat skill set he used in college to the pro level and did what many of his haters doubted he could, utilize that playing style effectively in the NFL.

In 2002 his first season as the full-time starter, he threw for just under 3,000 yards and added 777 rushing yards at an average of 9.3 yards of pop. Which is insane, but not all that surprising considering that he set the 40 yard dash record for a quarterback at a blazing 4.25 seconds.

He lost most of the following season to injury after suffering a fractured right fibula during the preseason. In 2004, he quickly returned to form passing for 2,313 yards with 14 touchdowns and 12 interceptions, and of course tacking on 902 rushing yards and three touchdowns leading the Falcons to an 11-5 record.

During that 2004 season, Vick took the Falcons as far as he could, facing off against the Eagles in the NFC championship game after a dominant performance in the divisional round during which he rushed for 119 yards against the St. Louis Rams, setting a quarterback rushing record. Although a thorough 27-10 loss to Philly was disheartening.

Michael Vick had firmly established himself as the man in Atlanta and was handed a massive 9-year, $130 million extension the following off-season.

In 2005, he would earn another trip to the Pro Bowl, marking the third time. He'd earned that distinction in Atlanta.

In 2006, he would amaze everyone, rushing for over 1,039 yards. Making him and Warrick Dunn the first quarterback running back duo to amass 1,000 yards on the ground.

Unfortunately despite all the individual success that Vick was having, the Falcons had leveled out finishing eight and eight and seven and nine in each of those two seasons. That wasn't the last of troubles for Vick either, as he famously pled guilty to federal charges in the bad newz kennels dog fighting investigation the following summer.

This cost the Pro Bowler three years of his prime as he served two years in a federal prison before serving as a backup in Philadelphia in 2009. Thanks to Andy Reid taking a chance on him as a reclamation project.

Amazingly in 2010 after replacing injured starter Kevin Kolb. QB Michael Vick had the best year of his career, throwing for 21 touchdowns to just six picks and rushing for 676 yards and nine touchdowns. Earning another trip to the pro bowl and helping the Eagles qualify for the playoffs.

He'd put together a couple more solid seasons in Philadelphia before finishing his career as a backup for the Jets and Steelers.

The fact of the matter is when Vick was on his game, there were a few players more unstoppable than he was, but between the injuries inconsistent play and of course the lengthy suspension and jail time his total resume is somewhat limited for a person with his talent.

Michael Vick has overcome a lot in his life, from the death of his father when he was young to his arrest for dog fighting. But he has gotten back on his feet and is a great football player. What's your favorite Michael Vick memory?