The Super Bowl 2023 will take place on the night of February 12-13 at State Farm Stadium in Glendale, Arizona. The game begins at 6:30 P.M. ET.
Home
Kansas City Chiefs
NFL

A Day in History in NFL : fullback Tony Richardson

On December 17, 1933, the first-ever NFL final match was played. The Bears and Giants met at Wrigley Field in Chicago. The Bears won with a score of 23-21, the winning touchdown was brought by Bill Carr two minutes before the end. 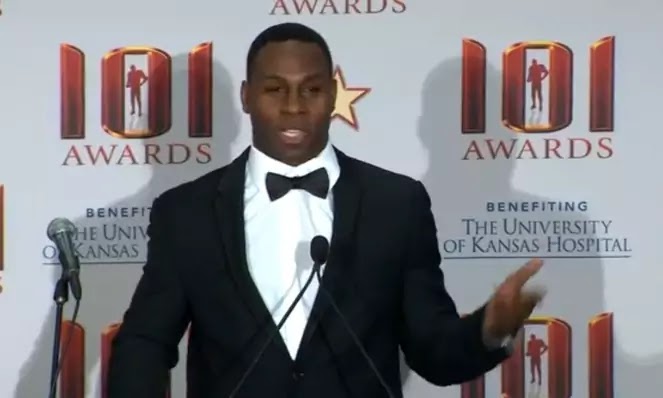 On the same day, the 1944 season final was played. The New York Giants lost 7-14 to the Green Bay Packers at home. This title was the 6th and last for the Packers under the direction of Curly Lambeau. In the final, the team played the next time only sixteen years later, and another legendary coach, Vince Lombardi, brought it there.

Antonio Richardson was born on December 17, 1971, in Frankfurt, where his father, a sergeant in the US Army, served in the military. In Germany, he spent the first eight years of his life. Then their family returned to their homeland and settled in Alabama. There, Tony graduated from high school, started playing football and received a scholarship at Auburn University. For three years he played for the Tigers, becoming one of the few rookies who, under coach Pat Dye, got a spot on the base from the early days. In 1993, Richardson contributed 11-0 to the season when Auburn finished fourth in the rankings and won the SEC Western Division.

In the 1994 draft, Tony was not selected and was signed as a free agent with Dallas. He was expelled twice, but in the end he was left in a practice squad, where he spent his first season of his career, watching the game of stars — Emmitt Smith and Daryl Johnston. In February 1995, Richardson moved to the Kansas City Chiefs. He spent four seasons in backup status and only in 1999 became the starting fullback of the team. Tony blocked Bam Morris, helped Priest Holmes play his two best seasons with 1500+ yards, and Larry Johnson, with the help of Tony, made 1700+ yards out twice in a row. In the 2003 and 2004 seasons, he was included in the Pro Bowl list. In 2002, he was nominated for the Walter Payton Man of the Year Award. Richardson spent the 2006 and 2007 seasons in Minnesota, where he received more treatment, but still got to his 3rd Pro Bowl. Adrian Peterson began his career in the NFL under him, having gained 1,314 yards in his first season. The last team in Tony's career was the Jets, for which he played from 2008 to 2010. At the same time, he worked for two years on the executive committee of the players' union. The league included him in the star squad of the 2000s. Since 2016, Richardson has been inducted into the Kansas City Chiefs Hall of Fame.