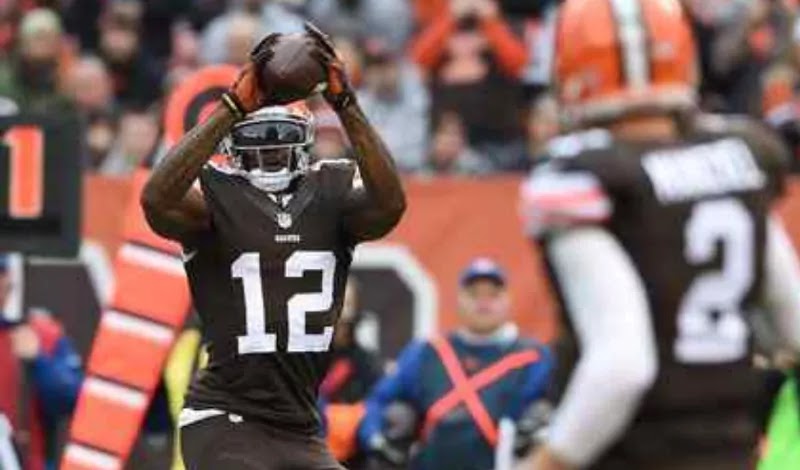 The FCF, which started in February, is a 7-on-7 football league. The selling point of this event is that fans can set the team lineup, decide tactics and participate in the interaction of the event, which combines traditional football games and e-sports elements.

In January, Gordon's conditional resumption of playing qualification was revoked by the NFL, resulting in him being suspended again indefinitely. At the time, an NFL spokesperson stated that the decision was due to Gordon’s violation of the league’s drug abuse regulations. Previously, the NFL imposed an indefinite ban on Gordon in December 2019 for violating drug abuse and performance-enhancing drug use regulations. This is the 6th time Gordon has been suspended since the 2013 season and the 5th time because of drug abuse.

Gordon was conditionally resumed by the league in December last year and would have participated in the Seattle Seahawks training in the last two weeks of the regular season. At the time, Seahawks coach Pete Carroll said Gordon had a chance to play against the Los Angeles Rams in Week 16. But in the same week, the NFL revoked his qualification to play.

In 63 games, Gordon completed 247 catches for 4,252 yards and 20 touchdowns. He was selected by Browns as a second-round pick in the 2012 supplementary draft.

The FCF league has six weeks in the current season. The game is held in Atlanta venues and is broadcast live on Twitch. The entire game lasts approximately one hour and is held in a 50-yard long and 35-yard wide field with 10 yards in the end zone.

Players participating in the FCF have backgrounds in FBS and FCS league college teams, as well as players from the CFL, XFL and Indoor Football League. The most well-known of these is Manziel.

Before joining the FCF, the 28-year-old Manziel played for the AAF for the last time in a professional football game in April 2019. After being waived by Browns in 2015, he also participated in the Spring League and CFL.