The Curse of 10 to 85: Eli Manning's Super Drives Against the Patriots

The Curse of 10 to 85: Eli Manning's Super Drives Against the Patriots, As a Giants fan for over 20 years, and a student of New York Giants history 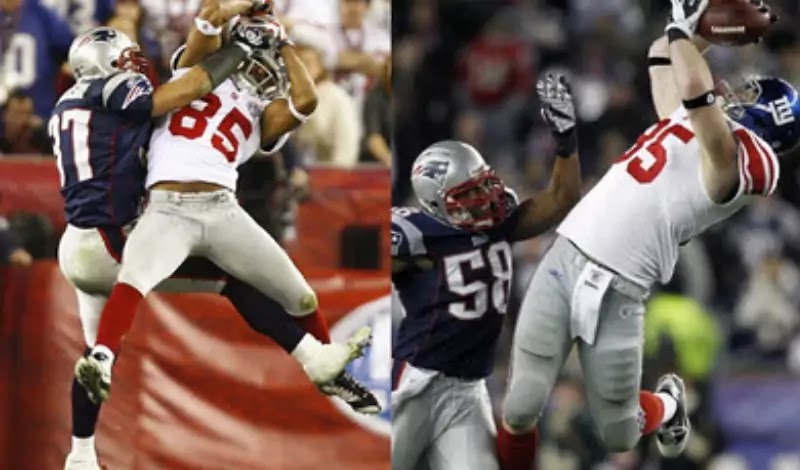 The Curse of 10 to 85: Eli Manning's Super Drives Against the Patriots. That was simply amazing. As a Giants fan for over twenty years, and a student of New York Giants history since their founding in 1925, I can honestly say that was one of the single-greatest moments in team history. Sure, this was only week 9 and the Patriots are now just a 5-3 team, but the stakes were so much bigger. Regardless of what anyone says, this was a rematch of Super Bowl 42. I don’t care how many of the players have changed. This is about Boston vs. New York, about Brady vs. Manning, and about Belichick vs. Coughlin. As long as those ingredients were the same, it was a rematch.

What made the game even better was the fact that before the season Manning had labeled himself as an elite quarterback in the same league as Tom Brady. The Patriots’ fans would have wanted nothing more than for Manning to have gone belly up in Foxboro. Not only that, the Patriots hadn’t lost in Foxboro since 2008, and Brady hadn’t lost there since 2006. The Giants were clearly underdogs much in the same way as in Super Bowl 42. If that wasn’t enough, the Giants are embarking on one of the hardest stretches in recent memory with San Francisco next week and a host of contenders after that. Besides the magical 2007 run, the Giants have made a habit of starting the season strong (5-2 is almost routine) and crashing at the end (last year as the most recent example). This was a statement game on so many levels. They needed this win to prove that history can repeat itself in some ways but not others.

The importance of the game made it exciting, but the finish made it a classic. This time we got a total of three “game-winning drives” between the teams. But, once again, Eli orchestrated a victory when the football world thought that Brady had led his team to victory. 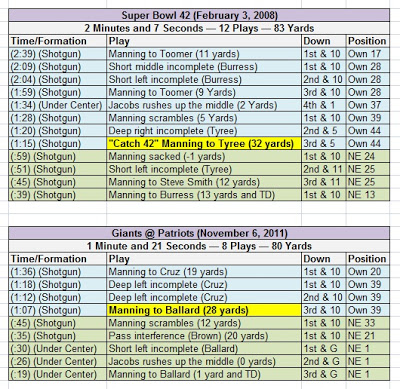 Both years Eli Manning made a dramatic pass to continue the drive when all hope seemed lost, and both years it was to a receiver wearing number 85. Not only that, but both men who wore 85 entered the season and game with doubts about the ability and a lack of experience. Both David Tyree and Jake Ballard went from unknown work horses to heroes. That is why we watch the NFL, because anything can happen and regular guys can become heroes with a little hard work.

I can’t help but thinking that perhaps the Patriots are a little bit cursed. To allow passes over the middle on third downs to men wearing #85 is too much of a coincidence. Both passes brought the Giants into New England territory and avoided disastrous fourth and long situations.
Covers everything about NFL, NFL Draft, NFL News and Rumors, Super Bowl, best NFL players in history, best NFL players, NFL Mock draft and more. YouTube TV NFL.