the Super Bowl XL where by the Pittsburgh Steelers met the Seattle Seahawks in one of the great sporting events on the 5 th February 2006. 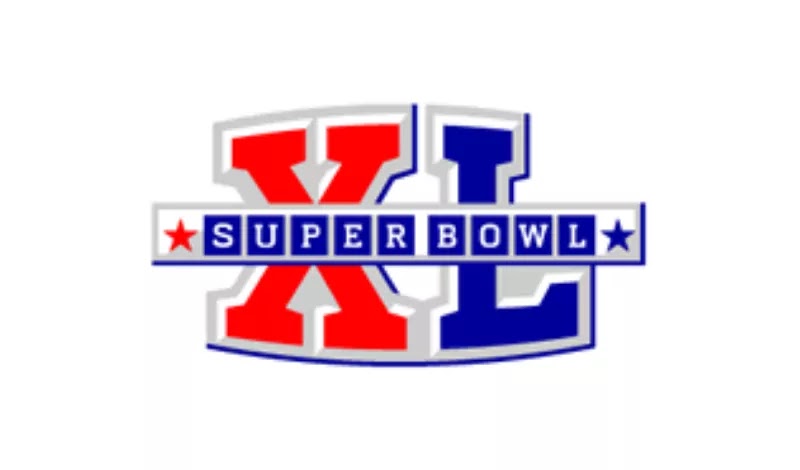 The climax of the American Football season, the Super Bowl XL where by the Pittsburgh Steelers met the Seattle Seahawks in one of the great sporting events on the 5 th February 2006 . The American Football Conference [AFC] champion Pittsburgh Steelers defeated the National Football Conference [NFC] championship Seattle Seahawks, 21-10. With the victory, the Steelers tied the Dallas Cowboys and the San Francisco 49ers for the most Super Bowl wins by a team with 5 Super Bowl Titles.
The Pittsburgh had no easy road to the Super Bowl. As number 6 seed they had to play and win every game on the road this post season and that just the way they did. The Steelers beat the Bengals, a heavily favored Indianapolis Colts team and went on to dominate the Denver Broncos at Invesco Field in the AFC Championship Game. They are lead by the second youngest quarterback to start in a Super Bowl, 24 year old Ben Roethlisberger. In his second year Roethlisberger has established himself as an elite NFL quarterback. The Steelers play old fashioned, smash mouth football. They have an established running game with Willie Parker at running back and an old favorite Jerome ‘'the bus'' Bettis coming off the bench in short yardage situations.
The Seattle Seahawks surprised everyone this year with their incredible 13-3 record in the regular season. They are the fourth team in NFL history to go an entire season without losing a game at home 10-0.They are lead by an offense with an great passing game lead by Matt Hasselbeck and the league MVP at running back Shaun Alexander. Alexander put up some impressive numbers this year scoring an NFL record 28 touchdowns and rushing for 1880 yards. Under Bill Cowher, the Steelers entered Super Bowl XL, the sixth Super Bowl in team History, after finishing the regular with a 11-5 record and becoming the first team ever to defeat the first, second and third seeded teams on the road in the playoffs. The team became the first sixth seeded team to reach both a conference championship game and the Super Bowl since NFL expanded to a 12 team playoffs format in 1990.
The Seahawks entered Super Bowl XL after finishing the regular season with an NFF best and club record 13-3 record. Seattle had never advanced to the Super Bowl before, and had been a mediocre team for much of the 1990s, recording eight non winning seasons from 1991 through 1998. The team's fortunes began to turn after mike Holmgren became head in 1999. Holmgren previously was the Green bay Packers head coach from 1992 to 1998, and had led that team to Super Bowls XXXI and XXXII. Seahawks punt returner Peter Warrick gave his team good field position by returning Chris Gardockiss 37 yard punt 12 yards to Seattle 's 49 yard line, after the first four possessions of the game ended with punts. Quarterback Matt Hasselbeck then started off the drive with a pair of completions to receivers Darrell Jackson and Joe Jurevicious for gains of 20 and 11 yards. By the time the first quarter ended, the Steelers ended, the Steelers had failed to gain a single first down and quarterback Ben Roethlisberger had completed just one of five pass attempts for one yard. Two plays into the second half, Willie Parker made a 75 yard touch down run to give the Steelers a 14-3 lead.
The rushing touchdown beat Marcus Allen's record set during Super Bowl XVIII by one yard. Aided by a 21 yard run from Alexander, the Seahawks responded with a drive to the Pittsburgh 33, but Brown missed a 50-yard field goal attempt. The Pittsburgh were in great position to build a big dead lead and put a lot of pressure on Seattle, but on third down, Seahawks defensive back Kelly Herndon intercepted a pass from Roethlisberger and returned it a Super Bowl records 76 yards to the Steelers 20 yard line. While making the tackle on Taylor , Hasselbeck ran into another player and was penalized for blocking below the waist during the return, adding 15 yards to the return and giving Pittsburgh the ball at the 44 yard line. Four plays later, Pittsburgh ran what appeared to be a wide receiver reverses, but actually involved an even more complex play. Parker took a pitch from Roethlisberger and then handed off to receiver Antwana Randle EI who was running in the opposite direction. But instead of running with a ball, Randle EI threw a 43 yard touchdown pass to Ward, extending the Steelers lead back to 11 points at 21-10. It was the first touchdown pass by a wide receiver in Super Bowl. On the Seahawks' next possession, Hasselbeck began a long run up the middle and was briefly touched by Steelers linebacker Larry Foote as he went down. The ball squirted loose as he hit the ground, and the Steelers recovered what the officials ruled a fumble.
The Seahawks challenged this call and won, as the referee stated that since he was touched by Foote, Hasselbeck was down before he fumbled. The drive then stalled, and the Seahawks punted into the end zone. He Steelers picked up two first downs on their next drive, running precious time off the clock before punting into the Seahawks' end zone with 1:51 left. Seattle 's drive got them to the Pittsburgh 30 yard line. The ball was turned over on downs with three seconds remaining, and the Steelers ran out the clock. Pittsburgh wide receiver Hines Ward, who had 5 interceptions for 123 yards and one touchdown and rushed for 18 yards, was named the Super Bowl's Most Valuable Player. Running back Jerome Bettis ‘'the Bus'' announced his retirement after the game, saying ‘'I think the Bus's last stop is here in Detroit.''
Covers everything about NFL, NFL Draft, NFL News and Rumors, Super Bowl, best NFL players in history, best NFL players, NFL Mock draft and more. YouTube TV NFL.