The Super Bowl 2023 will take place on the night of February 12-13 at State Farm Stadium in Glendale, Arizona. The game begins at 6:30 P.M. ET.
Home
New Orleans Saints
NFL

Ramczyk shores up the Saints lineup

Ramczyk's $19.2 million per season average makes him the highest paid right tackle in the NFL. 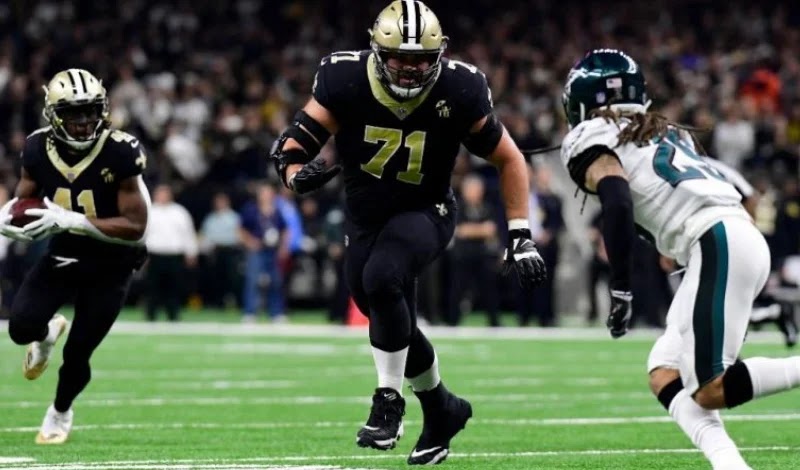 Ramczyk's $19.2 million per season average makes him the highest paid right tackle in the NFL.

Ryan Ramczyk signed a million-dollar extension and the New Orleans Saints shore up their offensive line for the future.

Ryan Ramczyk is the highest paid right tackle in the NFL. The New Orleans Saints reached an agreement with Ramczyk to give him a five-season contract extension and according to reports from NFL Network's Ian Rapoport and ESPN's Adam Schefter, the salary is $96 million for five seasons, with $60 million guaranteed, making him the highest paid NFL player at right tackle position.

Ramczyk, who shores up the Saints' line, was the last player selected in the first round of the 2017 NFL Draft and only missed one of the Saints' games since coming into the league.

If the Saints are not clear on who will be the starting quarterback when the 2021 regular season kicks off, as there will be a competition between Jameis Winston and Taysom Hill, whoever wins has a guaranteed offensive line bolstered by Ramczyk.

The right tackle was entering the final year of his rookie contract, but now has his future secured with this extension.

CB Marshon Lattimore and S Marcus Williams (franchise tag) are due for massive extensions too.