The highest paid NFL players can be counted here and now by a variety of metrics - total amount per current contract, average earnings per year. 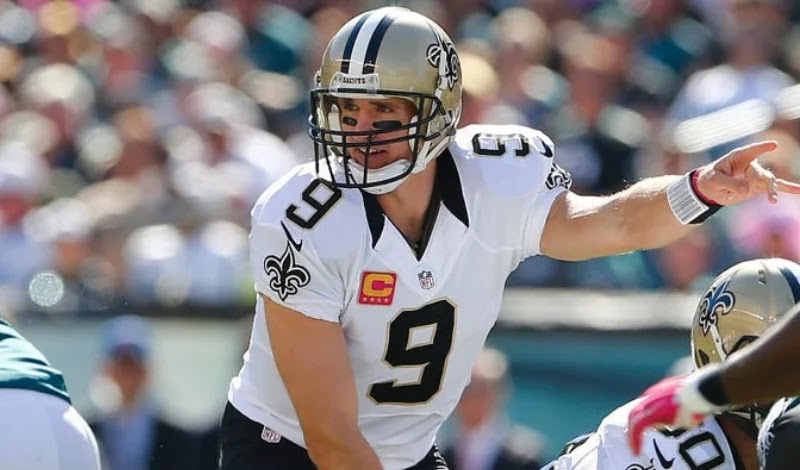 The highest paid NFL players can be counted here and now by a variety of metrics - total amount per current contract, average earnings per year, guaranteed money, money a player will earn in 2021, and so on. Things are simpler when it comes to counting money over time. Who raised the most money during their NFL career? Here are the current top 20 highest paid NFL players :

Tony Romo was not selected in the draft, so he made pennies the first few years. After becoming Dallas' starting quarterback, he was able to count on the generosity of club owner Jerry Jones. Due to injuries, Romo ended his career rather early, giving way to Dak Prescott, but quickly found himself as a commentator. Now Tony is considered the best sports analyst on football television and earns even more than when he was a player.

Bradford's career has been inconsistent - Best Offensive Rookie, a lot of injuries, rare flashes of good play... He was lucky to be in the right place at the right time - Bradford was picked #1 in the 2010 draft, but starting in 2011 the salary cap for rookies was severely reduced.

Favre's example shows how much more lucrative it is to play in the NFL now than it was 20 years ago. Brett spent his best years with the Packers, where he was MVP twice, but only once did he make more than $12 million a year in Wisconsin. In each of his three seasons with the NY Jets and Minnesota, he earned more.

And this is the first active player on our list. In terms of making money, Cousins is one of the luckiest quarterbacks in NFL history. He played two years on a franchise tag (a very expensive one-year contract) with Washington, who couldn't decide if they needed him long term or not. Then he entered the free agent market amidst a lack of fish and got a very cool contract from Minnesota.

First non-quarterback on our list. Suh went to Detroit for good money after the 2009 draft, and then signed a six-year, $114.4 million contract with Miami as one of the NFL's best d-linemen. There was a lot of buzz about that agreement at the time, but Suh essentially earned half of that amount in three years and was waived. Still, the big man made good money during his career, and now he's won a ring as well.

Wilson was very cheap for Seattle in his first years, as he was selected in the third round of the draft. Before the 2019 season, he signed a $140 million, four-year contract and became the highest paid NFL player by average salary per year. He's already been passed over by Mahomes and Watson, but still Wilson is at the top now.

Peppers ended his career in January at age 39. For a linebacker to make that much money in a career is my homage! He managed to live up to his second contract at Carolina and then cashed checks twice on the free agent market, to Chicago and Green Bay.

Flacco is an amazing story of how to shoot at just the right moment. He's never been an elite quarterback, but he's always looked good in the playoffs, and in the 2012 season he hit the peak of his career form and played all of the elimination games at an outstanding level, including the Super Bowl. And just then his contract with Baltimore was coming to an end. "The Ravens gave the Super Bowl MVP a huge contract, and Flacco rolled back to his base level of play.

Palmer once ended his career just to avoid playing for the Cincinnati Bengals. The Bengals eventually let him go, and Carson managed to earn his way to Oakland and Arizona.

Larry Fitzgerald is the Tom Brady of receivers. Only without the rings. And was selected high in the draft. Well, I mean, he's always been cool, has been playing for a very long time (and still isn't officially done), and his game has evolved over time.

Not bad for a game manager! Alex Smith has steadily led his teams to the playoffs, but has never been able to move up the ladder, which has caused him to lose his spot on the roster to more intriguing younger players like Colin Kaepernick and Patrick Mahomes. In recent years, though, his narrative has shifted to a heroic recovery from a terrible injury.

Stafford was the No. 1 pick in the 2009 draft, so he made a lot of money on the fly. Things were almost always bad for Detroit (even when they made the playoffs, it was literally for a minute), the club didn't want to let their franchise quarterback go, so Matthew had no problem getting top contracts. Now they did let him go to Los Angeles on the same $135 million contract.

Rodgers has been the toughest quarterback in the NFL in terms of quality of play for nearly 10 years, and all his resume lacks is more rings. Now his future in Green Bay is in question, with the quarterback himself unwilling to return to the team. Considering how much he has earned in the league, he could very well afford to end his career and become the host of Jeopardy.

Wow, found something Philip Rivers has done more than children! Like Stafford, Rivers played most of his career for one club, the Chargers (first San Diego, then Los Angeles), and only tried his hand elsewhere near the end of his career. Rivers was unstable, but when he was good, he was on par with the strongest quarterbacks in modern NFL history. Except he never got the ring.

Atlanta, too, has always clung to its franchise quarterback, found shortly after Michael Vick's imprisonment. In 2016, Ryan won the MVP title and seemed to reach a new level, but a failed Super Bowl undermined him along with the rest of the team.

Along with Brady, Peyton Manning is the epitome of an NFL quarterback. Yes, he often wasn't at his best in the playoffs, took on too much and drove to his second ring on Vaughn Miller's back, but still, that's certainly someone who deserved all the money he earned.

Eli has never been as consistently awesome as his older brother. He's more like Joe Flacco in that regard -- very good in the playoffs. If it weren't for the Manning brothers, Tom Brady would be wearing championship rings on his toes by now. Eli won the Super Bowl twice and got pretty good financially out of it.

Big Ben got on a great team as a rookie, quickly won two rings and pretty much spent his entire career skimming off the cream of that early success. To the quarterback came confidence and big money. On that baggage, Roethlisberger reached the top 3 highest paid NFL players.

Brady played at New England for a long time on below market value contracts, but because of the length of his career, he still made it to the top of the roster and will soon conquer it. Maybe he'll be surpassed someday by someone like Mahomes in money earned, but not likely in titles won.

The savior of New Orleans went off into the sunset as the highest paid NFL player. Helped by both a fairly early exit to the free agent market for a quarterback, a vacancy with the Saints and, of course, a consistently high level of play and a winning ring.