Don Shula, coach of the Miami Dolphins, achieved a feat in 1972 that no other team has ever accomplished: finishing the season undefeated.

Don Shula, coach of the Miami Dolphins, achieved a feat in 1972 that no other team has ever accomplished: finishing the season undefeated. 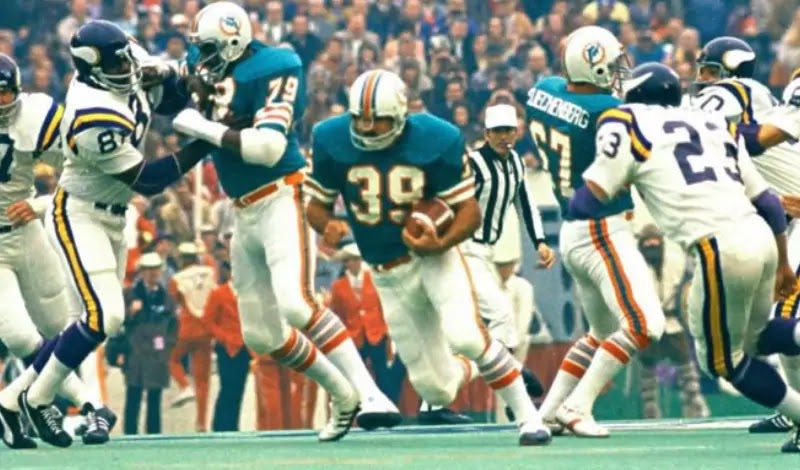 They are a benchmark. Undoubtedly, a milestone in the 100-year history of the NFL. When one speaks of perfection in the league, one must always refer to the 1972 Miami Dolphins. Coach Don Shula or running back Mercury Morris would agree.

Most teams that aspire to have an undefeated record will always harken back to those invincible Dolphins. Miami, in 1972, was a powerhouse in the NFL. Not only did they manage to finish the season undefeated, they were also far superior to their opponents. Of their 14 regular season wins, all but four were victories by 10 points or more. The tightest score they had during the campaign was a 24-23 win over the Buffalo Bills on October 22, 1972. The Dolphins posted three shutouts and a 52-0 thrashing of the New England Patriots.

"I think it's fairly obvious. There's no question it's the number one team." - @Larry_Csonka39

The Playoffs were more challenging, with all three wins coming by single digits. The AFC championship game, against the Pittsburgh Steelers, was the only game in which the perfect season was in jeopardy.

The Steelers opened the scoring when Gerry Mullins recovered a fumble in the end zone. Dolphins tied it after a nine-yard touchdown pass from Earl Morrall to Larry Csonka. Roy Gerela connected on a 14-yard field goal for the Steelers and the 10-7 lead. Jim Kiick put Miami ahead 14-10 after a two-yard touchdown run. Pittsburgh got an interception, but the referees overturned the play and the Dolphins responded with another Kiick touchdown, this time on a three-yard run. Although Terry Bradshaw connected on an Al Young yard touchdown pass, Miami ultimately prevailed 21-17.

In Super Bowl VII, the Dolphins faced Washington and clinched the NFL championship with a 14-7 win on a Bob Griese touchdown pass to Howard Twilley and a 1-yard touchdown run by Kiick; defensive secondary Jake Scott, who hauled in two interceptions for 63 yards, was named MVP. 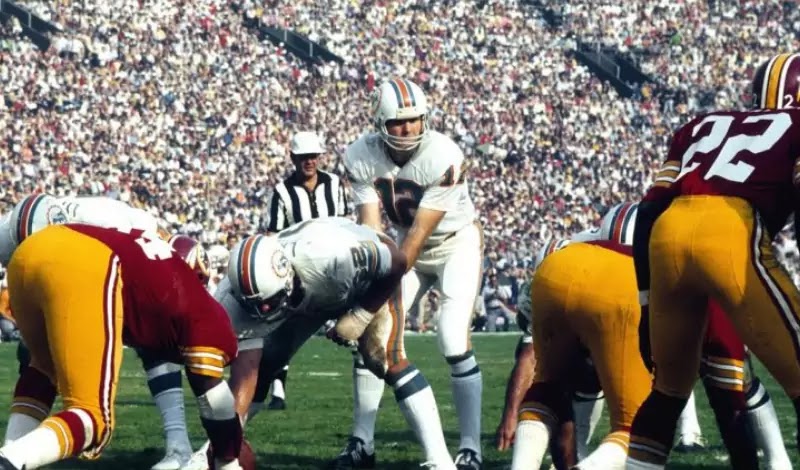 Griese was the Dolphins' starting quarterback, but he was injured in Week 5 of the regular season and Morrall took over the offense until Bob returned in the AFC title game, making Miami's 1972 perfect season even more legendary, a record that has stood the test of time.