A wave of protests is coming against the Cleveland Browns, in something we might well call the Deshaun Watson effect. 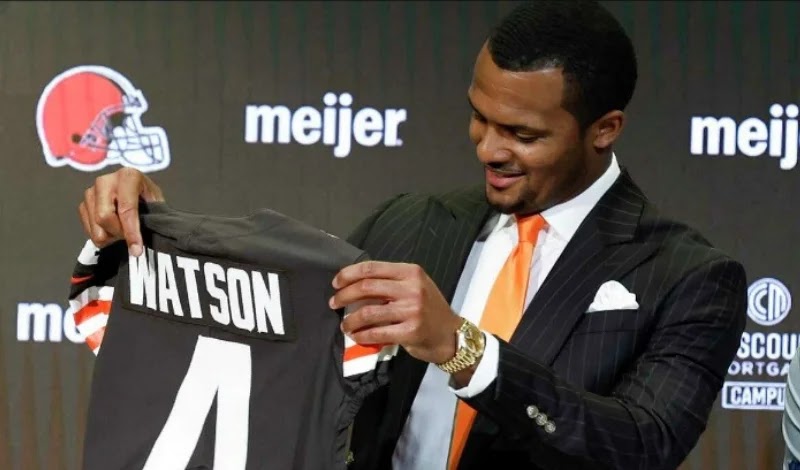 A wave of protests is coming against the Cleveland Browns, in something we might well call the Deshaun Watson effect.

It was on display at an MLS game for the Columbus Crew, a team owned in part by the Cleveland Browns owners Dee and Jimmy Haslam, over the weekend.

A group of Crew fans expressed themselves with banners reading “We Believe Jane Doe”. There were 22 banners in total, about the 22 women who sued Deshaun Watson, the Cleveland Browns' new quarterback, for sexual misconduct and harassment.

The protest was coordinated so that in the 22nd minute of the game, in which the crew lost 1-0 to Nashville, the fans displayed the 22 banners with the message.

In time, we will see if this is an isolated phenomenon of a specific group of fans or the beginning of a growing wave of protests regarding the Cleveland Browns' hiring of Deshaun Watson.

The quarterback has been cleared of criminal charges in these 22 cases of masseurs accusing him of improper behavior after two juries determined there was insufficient evidence against him. The civil lawsuits against Deshaun Watson are still pending.

The Watson effect began at the quarterback's introductory press conference with Cleveland, where most, if not ALL, of the questions were non-sports related, focused on the allegations against him and the credibility that many believe the player has lost and is unlikely to regain.

The Browns reached an agreement with the Houston Texans for QB Deshaun Watson, who was given a new 5-season, $230 million contract hours after his arrival with the team.