Elliott has a score to settle

Ezekiel Elliott is healed and has an outstanding bill for the 2022 NFL season, and his teammates appreciate his effort.

Ezekiel Elliott is healed and has an outstanding bill for the 2022 NFL season, and his teammates appreciate his effort. 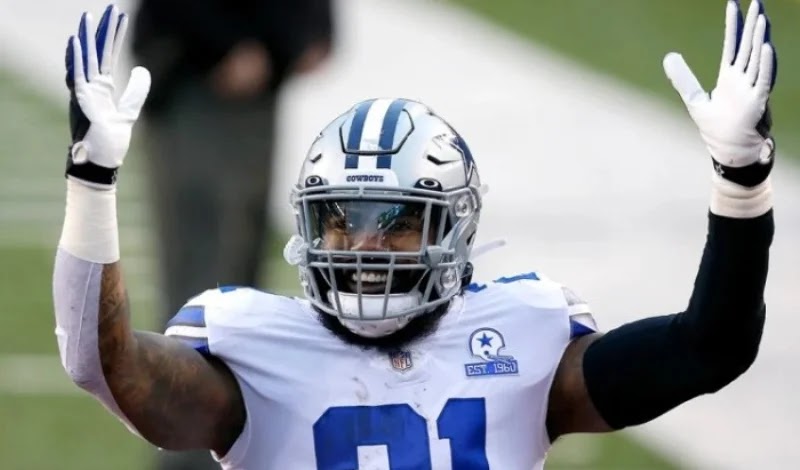 The Dallas Cowboys running back played last season with a posterior cruciate ligament injury in his knee, which limited him but did not keep him off the field. Despite that, he finished with 1,002 yards with 10 touchdowns and another 287 receiving yards with two touchdowns.

Here are some quick practice points from Thursday's session. ⬇️

“I think every year we have something to prove,” Elliott said.

If there's one thing last season taught the 26-year veteran, it's that he can play through pain and fight back.

“I mean, last year I was injured, but that's football. After the first week, no one will be 100 percent. It's part of the game. " Ezekiel Elliott, RB of the Cowboys.

“I knew I could be tough, I knew I could play through injuries … and it was tough, but hey, it's my job!” said Elliott during the week.

Ezekiel Elliott's sacrifice for the good of the team does not go unnoticed by his teammates, and Zack Martin recognizes the commitment the Ohio State graduate running back has made to contribute to the team's cause.

“He is a bulldog (Elliott). He loves the team and gives his all for the greater good. He has shown that in the last two years. Think back to 2020, half the offense was out and Zeke was playing with 20 carries per game. We have a lot of love for Zeke on this team and are excited to have him back with us, in better shape and the right direction.

Elliott's injury is now 100 percent recovered and right now, he looks agile and fast, despite his numbers, he feels he has a score to settle and wants to settle it this year.