The Super Bowl 2023 will take place on the night of February 12-13 at State Farm Stadium in Glendale, Arizona. The game begins at 6:30 P.M. ET.
Home
Dallas Cowboys
Facts 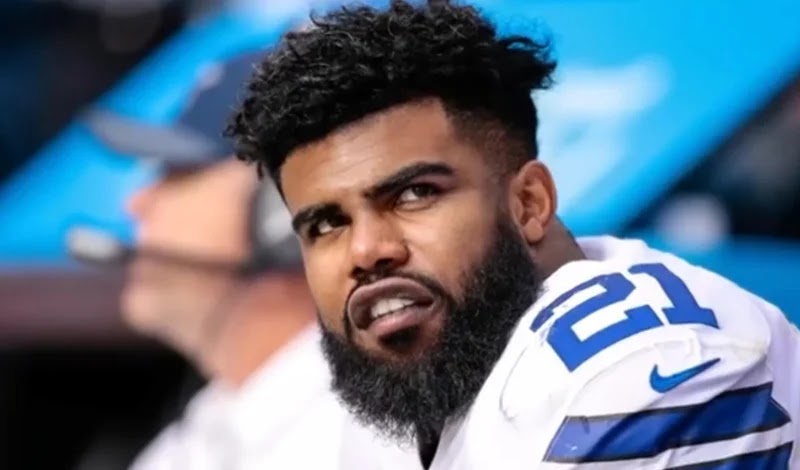 10. Ezekiel Elliott has suffered suspensions for his off-the-field antics.

The video that surfaced of an altercation between him and a security guard in May of 2019 was only the latest in a string of off-the-field antics that have seen Zeke get into trouble with authorities and the NFL. Even though he will not face suspension for the latest one, he has in the past been suspended for 6 games by the league for violating its personal conduct policy.

He was suspended by NFL commissioner Roger Goodell following a year-long investigation after allegations of domestic violence by his former girlfriend Tiffany Thompson. In another claim that was never substantiated, he allegedly was part of an altercation in a Dallas bar, where a 30-year old man claimed to have been assaulted by him.

He was also filmed pulling down a woman’s shirt during a St. Patrick’s Day parade in 2017, a woman he later claimed to have an intimate relationship with.

Frerotte is known to many as an NFL journeyman, having played for up to 8 teams and racked up a little over 21,000 passing yards and 114 touchdowns in his career. Frerotte even made the Pro Bowl in 1996, a career highlight. However, not many people know that he was Zeke’s coach in high school.

Frerotte served as head coach at John Burroughs School during Zeke’s time, leading the team to runner-up finishes in state title games in 2011, 2012, and 2013.

8. Ezekiel Elliott father was appointed as a helper when he signed to Ohio State.

A helper is a parent a college team brings in when they host big-time recruits in their school.

The role is to talk to the prospective recruits and their parents about the school, how it treats new students and parents, and give testimonials about the university. Zeke’s father Stacy Elliott excelled at the job, helping the school recruit other talented players like Justin Hilliard, whose parents he helped through the difficult decision process.

7. Zeke is not afraid to call out his coaches.

He has always been brash, straightforward, and very competitive. He would call out his coaches for decisions he felt were not the best. He called out Urban Meyer, one of the most celebrated coaches in college football, after a loss to Michigan State for the play calling in that game.

This might have been the reason why Meyer fed Zeke over and over again throughout the next game.

6. Ezekiel Elliott is the highest-paid running back.

In September of 2019, he signed a 6-year extension worth $90 million with the Cowboys.

This deal made him the highest-paid running back; a position of envy previously held by Todd Gurley of the Rams with a 4-year deal worth $60 million.

Zeke, as he is popularly known by fans, is also a huge marketing force, consistentlyat the top for highest-selling-jerseys. Apart from his $90 million deal, he also receives money from endorsements and sponsorships with such companies as Nike.

He keeps his love life notoriously secret, and were it not for his mother, many fans would not know who he is currently in a relationship with.

It turns out he is dating fitness trainer Halle Woodard, who is also a nurse and a bartender.

Zeke’s mother posted photos of her on Instagram celebrating her birthday, a post which he and his father Stacy also commented on. His mother has done this since Woodard was 24 years old, a sign that their relationship has been around for long.

4. He bought his parents a house with his first paycheck.

Soon after signing a deal worth almost $25 million, his first big purchase was not for himself, but for his parents. He bought a new house for his parents in the area where he grew up in St. Louis. His first contract was a four-year deal worth $24.9 million, with a signing bonus of about $16.3 million.

Related: Elliott has a score to settle

Zeke has never been fond of jerseys and often folds his back to show off his abs whenever he can. It is a habit that allegedly can be traced all the way back to high school, where he once tried to take off his blazer with nothing underneath. When Ohio State won the 2014 national title, he received some light-hearted roasting from President Obama about his crop-top jersey style.

The president made a joke about Zeke having the NCAA change their midriff policies, and thanked him for tucking in his shirt during the visit.

When he first played at Ohio State, he was used mostly as a backup to the then star of the team Carlos Hyde. It is here that he developed a close friendship with teammate Kosta Karageorge, who was a walk-on defensive end. Karageorge later committed suicide by a self-inflicted gunshot wound, a loss that left Zeke surprised and devastated.

He has two dogs, Chase and Ace, showing his love for man’s best friend. Chase was actually stolen once after someone cut a hole through his fence to get the dog. The dog was then a year old and was later found chained to a fence after fans circulated photos of the dog on social media. He shows his love for his dogs through their own Instagram account.