Deshaun Watson has offered money, specifically $100,000 to each of the women who sued him civilly, to settle their cases.

Deshaun Watson has offered money, specifically $100,000 to each of the women who sued him civilly, to settle their cases. 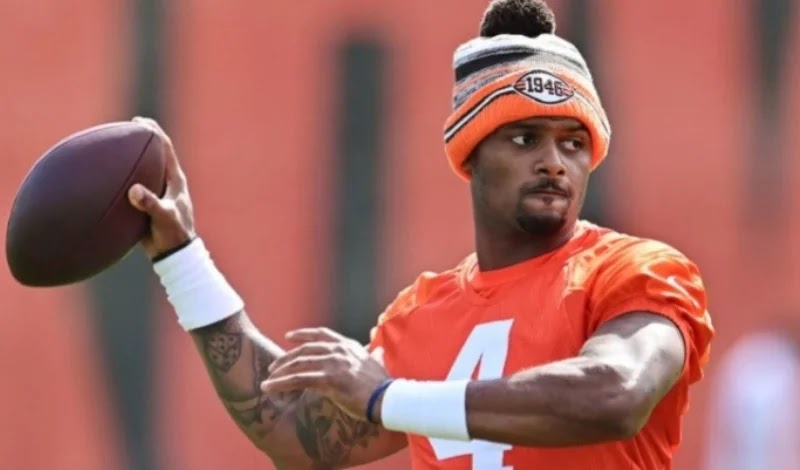 This is revealed in the latest civil suit filed, which brings to 23 the number of women accusing the Cleveland Browns quarterback of misconduct and sexual harassment during massage sessions requested by Watson.

#Browns Deshaun Watson said last month that no settlements were currently in the works in his civil suits. But the attorney for the 23 women suing Watson is alleging the QB previously offered $100k to each plaintiff to end their litigation. https://t.co/afLFXFJv7g

The allegation is contained in a footnote to the civil suit filed Tuesday by Nia Smith, which mentions a meeting between Watson's defense attorneys and Smith, the cosmetologist who filed the most recent complaint. The document states that at one point in the meeting the Browns quarterback's lawyers tried to intimidate her and told her they would “fight any (civil) lawsuit to the end.”

Smith's lawyer, Tony Buzbee, added a comment to that effect, arguing that Watson had instead tried to settle the lawsuits out of court.

“Of course, we now know that Deshaun Watson offered each plaintiff $100,000 to settle the case,” Buzbee's note reads. But not everyone would accept that amount because of the aggressive confidentiality agreement proposed by Watson's legal team.

When asked about this topic, Watson's attorney Rusty Hardin did not respond to NFL columnist Charles Robinson of Yahoo Sports.

Pro Football Talk was the first media outlet to report the news that Watson had offered money to settle with the plaintiffs.