The Super Bowl 2023 will take place on the night of February 12-13 at State Farm Stadium in Glendale, Arizona. The game begins at 6:30 P.M. ET.
Home
Los Angeles Chargers
NFL 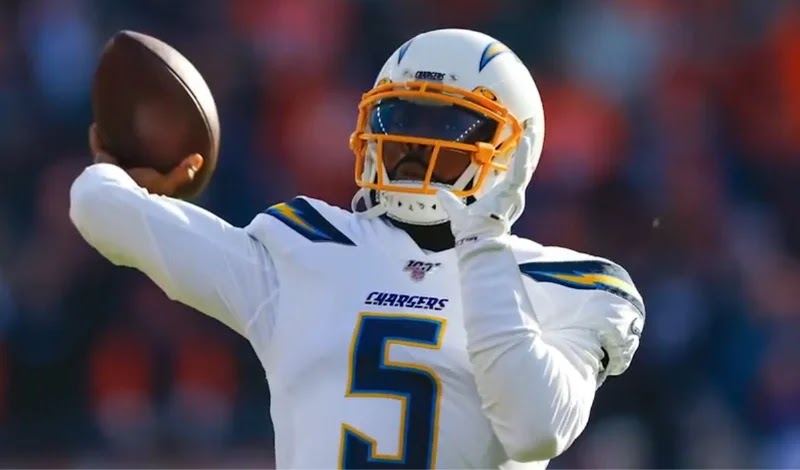 The future of Chargers QB Justin Herbert remains unknown after he suffered a serious cartilage injury to his rib cartilage in Thursday's loss to the Chiefs. Los Angeles physician David S. Gazzaniga is in charge of Herbert's treatment, however, it was reported Sunday that Gazzaniga and the Newport Orthopedic Institute, the facility he directs, have been sued by franchise quarterback Tyrod Taylor, the franchise's quarterback from 2019-2020.

According to ESPN, Taylor, who now plays for the Giants, has sued Gazzaniga for medical malpractice and is seeking a minimum $5 MDD settlement after moments before the Chargers' Sept. 20, 2020 game against the Chiefs, Taylor suffered a punctured lung when Gazzaniga wanted to administer a painkilling injection into his fractured ribs. From there, Taylor, who started 2020 as the Chargers' starter, lost the job to Herbert.

The corresponding trial was scheduled for November, but both sides agreed to move it to April because of the 2022 NFL Season. However, the issue has been percolating since the lawsuit was filed in Los Angeles County Superior Court in May 2021. Taylor, 33, alleges to have suffered "severe physical pain that resulted in hospitalization, physical therapy, emotional distress and other pain and suffering in the past."

For their part, Taylor's attorneys also contend that "Gazzaniga's negligence, carelessness and other tortuous, wrongful and improper acts caused Taylor to lose his position as the Los Angeles Chargers' starting quarterback for the 2020 season," just before he became a free agent. "When he returned in free agency, he entered as a backup quarterback instead of starting quarterback."

"The economic difference between the salary of a starting quarterback and the salary of a backup quarterback is at least $5 million and likely much greater," the lawsuit continues. "The exact amount of such past and future loss is unknown to Taylor at this time, and he will seek leave of this Court to amend this Complaint to set forth the full amount when it is determined."

Taylor, who after his rib injury did not play another game for the Chargers in the 2020 Season, came to the Texans on a 1-year, $12.5 MDD contract in 2021, but suffered a hamstring mishap in Week 2, missing six weeks, and although he started four more games upon his return, Houston opted to stick with QB Davis Mills. Thus, in March, Taylor signed a 2-year, $17 million dollar contract with the Giants, where he now serves as the backup to QB1 Daniel Jones.

Related: Chargers QB Justin Herbert has a rib injury and has X-rays.

Finally, as previously mentioned, Gazzaniga still remains on the Chargers' coaching staff, and the NFL Players Association and Herbert's own representatives are expected to "closely monitor" how the team deals with the injury to its 24-year-old starting quarterback.

Is Tyrod Taylor right to file this lawsuit, and does he deserve another chance as a starter in the NFL? We'll read your comments below this article and on our social media.