There is not a single franchise in the NFL that could compete with Packers in terms of tradition. The Wisconsin team is one of the founders of the league, it has won a record thirteen league titles and the city is sometimes rightly called Titletown. There were several champion eras in Packers history: the era of Curly Lambeau (six victories from 1929 to 1944), the Vince Lombardi dynasty (five titles in the 1960s), the team of Mike Holmgren and Brett Favre (two victories in the NFC and success in Super Bowl XXXI in 1990s), finally, the successful team of Mike McCarthy and Aaron Rodgers of the 2010s.

There is not a single franchise in the NFL that could compete with Packers in terms of tradition. The Wisconsin team is one of the founders of the league, it has won a record thirteen league titles and the city is sometimes rightly called Titletown. There were several champion eras in Packers history: the era of Curly Lambeau (six victories from 1929 to 1944), the Vince Lombardi dynasty (five titles in the 1960s), the team of Mike Holmgren and Brett Favre (two victories in the NFC and success in Super Bowl XXXI in 1990s), finally, the successful team of Mike McCarthy and Aaron Rodgers of the 2010s. 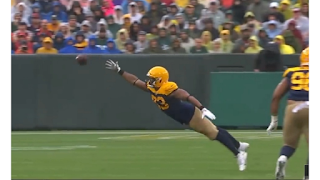 The upcoming season will be for the team one hundred and first in the league. By this date, the CBS team of journalists decided to make up the Packers symbolic national team. A roster of fifty-three people was formed according to modern rules, so we were not able to include all the legends of the club, which were much more. Naturally, the issue of the quarterback position attracts the most attention. In Green Bay, two members of the Hall of Fame played at this place, and now the team is led by a future member of the Hall of Fame. Choosing a quarterback for our team, we reasoned as follows:

Bart Starr is rated higher than Brett Favre and Aaron Rodgers. All three players are undoubtedly among the NFL legends. However, it was Bart Starr who became the model and example for the subsequent stars of the team. He was recognized by MVP Super Bowls I and II and the last of the quarterbacks led his team to three consecutive titles. During his career, Starr won the NFL Championship five times and spent many truly legendary drives, among which stands out victorious against Dallas in Ice Bowl in 1967.


Favre, not Rodgers, was chosen second. Aaron still continues to create his legacy and is inevitably compared to Favre, one of the most successful players in league history. Rodgers' current achievements are already worthy of the Canton, but Favre’s successes, including three consecutive NFL MVP titles and 297 consecutive games in the starting lineup, are very difficult to beat. In the playoffs, their results are closer to each other and if Rodgers can lead the Packers to another victory in the Super Bowl, he will bypass his outstanding forerunner.

Once we get the quarterbacks, now take a look at the resulting Packers team stars.

Ahman Green got a place in this line-up, as he is the record holder for remote yards in his career. Behind him is Dorsey Levens, Super Bowl winner and two-time NFC champion. It was pretty easy to pick a fullback. This position was taken by Jim Taylor, the owner of the Packers record for remote touchdowns. He successfully played in conjunction with Paul Hornung, the leader of the league in touchdowns on the takeaway in the 1960 season, formerly one of the key players in the championship of Vince Lombardi.

Among the receivers of candidates for inclusion in the team of stars was much more than places. So, the stars of the 1960s were left overboard, Bart Starr's favorite goals: Boyd Dowler and Max McGee. It was even harder to unhook Antonio Freeman, who played for Green Bay in Super Bowls XXXI and XXXII and scored 241 yards with three touchdowns. Places in our roster were taken by members of the Hall of Fame Don Hutson and James Lofton, a failed member of the Hall of Fame Sterling Sharpe, as well as the holder of the best career results for receptions and yards at the reception of Donald Driver. The company was made up by Jordy Nelson, a former one of the leaders of the 2010 champion team. In Super Bowl XLV, he scored 141 yards with a touchdown and helped Aaron Rodgers earn the MVP award of the game.

In the early 1980s, the eight-time participant of ProBowl Lofton twice in a row became the best in average yards collected per reception. Sharpe, a five-time participant in Probowl, a thrice player in the All-Pro team, would also have received his gold jacket, but an injury interrupted his career at the age of 29. Even more offensive that he managed to spend next to Brett Favre just three seasons, in which he twice became the best in the league in the number of receptions and yards scored. Five years after Sharpe left, Packers drafted Donald Driver. He became Farve's favorite target and then scored 1,000 yards per season with Rogers.

All these receivers are certainly outstanding players, but the leader among them is Don Hutson, the best receiver of the NFL in the first half of the 20th century. He was included eight times in the first All-Pro team, nine times he became the best in the number of touchdowns at the reception. As part of the Packers, Hutson won three league titles, including the last with Curly Lambeau in 1944.

There are many legends in the line of attack. In starting five, four members of the Hall of Fame. Ringo, Kramer and Gregg played in the 1960s and that team’s attack was almost impossible to stop. Michalske was one of the Packers most valuable players to win three consecutive titles from 1929 to 1931. Players of the present complement it: Clifton, Bakhtiari and Bulaga. From the 1960s, Gillingham and Thurston were also included. Frank Winters was the center of Brett Favre in the 1990s.

It's hard to find a better defender duo than a couple of Reggie White and Willie Davis. Three White sacks on Drew Bledsoe in the second half of Super Bowl XXXI helped Packers hold the lead. In total, Reggie made 198 sacks in his career. Davis played in the 1960s and won the NFL Championship five times. Also from 1964 to 1967, he was part of the All-Pro team. Behind this duo is Kabeer GBaja-Biamila, nicknamed KGB, who made 74.5 sacks - the second result in the history of Green Bay. The interior of the line is formed by Henry Jordan, a member of the Hall of Fame, and Dave Hanner and Ron Kostelnik, players of the 1960s dynasty.

Starting linebackers are also the star team of the 1960s: Ray Nitschke and Dave Robinson. In the 1966 NFL Championship Finals, Robinson destroyed the Dallas attack and helped the team enter Super Bowl I. Nitschke was one of the leaders of that team and had been waging an in-depth dispute with Dick Butkus for the title of the most frightening league player. Clay Matthews (record holder of the franchise for sacks), AJ Hawk, Nick Barnett and Bill Forester also entered the linebacker corps. This part of the roster is complemented by a member of the national team of the 1980s, John Anderson and Tim Harris, the holder of a club record for the number of sacks per season.