The Super Bowl 2023 will take place on the night of February 12-13 at State Farm Stadium in Glendale, Arizona. The game begins at 6:30 P.M. ET.
Home
Green Bay Packers
NFL

After completing his career, Butler was inducted into the 1990s All-Star Team and the Green Bay Packers Hall of Fame. In 2018, he was nominated for induction into the Professional Football Hall of Fame, and in 2020 he was named a finalist for the first time. Leroy's legacy also includes the famous Lambeau Leap, a celebration of touchdowns by Packers at home games. 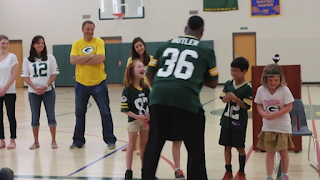 In 1989, NFL club owners unanimously approved the decision to create the World Football League, later reformatted to NFL Europe. The new structure was seen as a spring development league, and its creation process accelerated the public's success with American Bowl exhibition matches. Initially, the league included six teams from the United States and one each from Canada, United Kingdom, Germany and Spain. Later, there were also rumors about investors interested in creating teams in Moscow and Tokyo. League C functioned for fourteen seasons and was disbanded in 2007.

LeRoy Butler, the Packers star and one of the best players of the 1990s, winner of Super Bowl XXXI.

LeRoy Butler III was born on July 19, 1968 in Jacksonville. As a child, he had serious problems with his legs, because of which for some time he even moved in a wheelchair. Leroy managed to cope with them and already at school earned the status of a football star. During those years, his coach was Corky Rogers, the most winning specialist in the history of high school football in Florida. Butler himself in 2007 was included in the national team of the century of high school football in the state and was included in the 33 best players in Florida.

From 1987 to 1989, LeRoy played for the Florida State team with another great coach, Bobby Bowden. In three seasons in college, he made almost two hundred tackles and nine interceptions, but most of all he is remembered for the fake play against Clemson in 1988. This combination, called "Puntrooskie", allowed Butler to score 78 yards and his team to score the winning field goal. 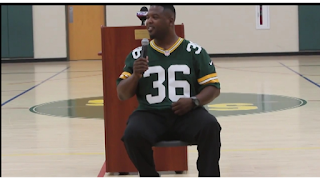 In 1990, the Packers drafted Butler with a total of 48. In the team, he spent his entire career - twelve seasons. During this time, LeRoy played 181 matches in the regular season and 14 in the playoffs. In the 1996 season, he won Super Bowl XXXI with Green Bay. Four times he was selected to Probowl and included in the first All-Pro team. In five seasons, Butler was the best in the team in terms of the number of interceptions. He also became the first d-back in league history to make at least 20 sacks and 20 interceptions in his career. He finished playing shortly before the start of the 2002 season, when it turned out that the previously broken scapula after surgery had not recovered properly.

After completing his career, Butler was inducted into the 1990s All-Star Team and the Green Bay Packers Hall of Fame. In 2018, he was nominated for induction into the Professional Football Hall of Fame, and in 2020 he was named a finalist for the first time. Leroy's legacy also includes the famous Lambeau Leap, a celebration of touchdowns by Packers at home games. On December 26, 1993, in a match against the Raiders, Butler forced fumble, and moments later received a pass from Reggie White and brought a touchdown, after which he jumped into the arms of the fans. Later, receiver Robert Brooks began to celebrate touchdowns in this way, and then the tradition was entrenched among the other players on the team.