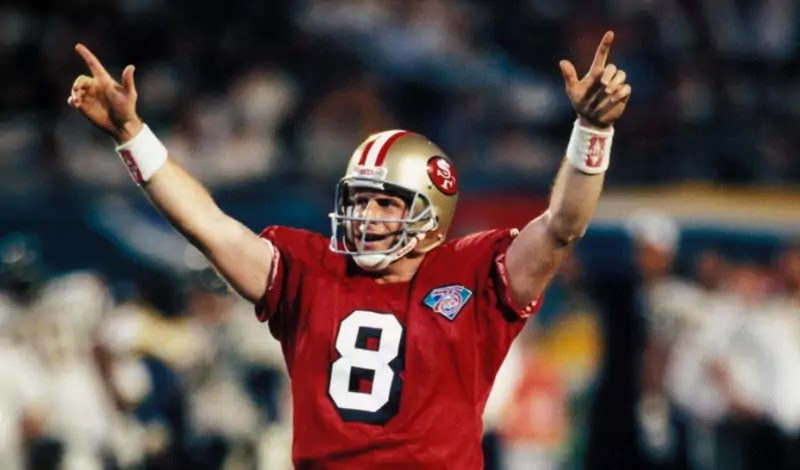 The 49ers' contenders in Super Bowl XVI were the Cincinnati Bengals, for whom it was also their first Super Bowl hit. The 49ers almost immediately seized the initiative and by the end of the second quarter the score was already 20-0, thanks to the precision of kicker Ray Wersching, who had four field goals and the resilience of the defending team. In the fourth quarter, the Cincinnati players tried to make a comeback, but the 49ers were able to withstand and hold the winning score, eventually the San Francisco players win their first Super Bowl, 26-21. Montana has been named the Super Bowl MVP.

In a short period of time, in just two years, the team is transformed from an underdog in the late 70s League into the Super Bowl of NFL Champions. At the end of the season, Bill Walsh was awarded the title of the best coach of the year. The most important key to the 49ers' success in the 1981 season was a quick passing attack led by young quarterback Joe Montana. Over time, the club has evolved into an NFL favorite in all aspects of the game, including a dominant defense (which nevertheless remained overshadowed by offense) and a quick scoring attack (with receivers Jerry Rice and John Taylor).

After the success in 1981, the 1982 season turned out to be not so bright for the club, the season was shortened due to the strike of players to nine games. The 49ers lost all five games at home arena Candlestick Park and finished 3-6. Nonetheless, Montana was able to throw 2,613 passing yards in nine regular season games, playing five straight games with over 300 yards per game.

In Super Bowl XIX, the 49ers faced off against Dan Marino's Miami Dolphins and his fast receivers Mark Clayton and Mark Duper. The winners of the first quarter came from Miami, 7-10, but the tipping point came in the second quarter, in which San Francisco averaged 21 points against two Dolphins field goals, after which the 49ers took the game to a close, 38-16, for a second Super Bowl champions. Joe Montana, with 331 yards and four touchdown passes in a game, was named Super Bowl MVP for the second time in his career. One of the key players of the meeting was also San Francisco fullback Roger Craig, who chalked up one touchdown on the run and two touchdowns on the reception.

Super Bowl XXIII was held in Miami, with the Bengals facing off against the 49ers for the second time. The first half of the meeting was not rich in points, both teams left the field for the break with a score of 3-3. In the second half, the Bengals briskly start the third quarter, 3-10, and in the fourth quarter consolidate the lead to 6-13. However, the 49ers recover after Montana throws a touchdown pass to Jerry Rice, 13-13. It seemed that the Bengals' field goal at the end of the meeting would bring them victory, but there were still 3:20 left on the scoreboard, and for a quarterback like Joe Montana, this was enough to create a miracle. He led the team on a decisive 92-yard drive to victory with just 34 seconds remaining on the clock and passing the winning 10-yard touchdown pass to wide receiver John Taylor. The final score was 20-16, and the 49ers' third Super Bowl win.

In Super Bowl XXIV, San Francisco is just as spectacular against the Denver Broncos, 55-10, setting an NFL record for points and difference in Super Bowl history. Montana has also set a number of records, including three Super Bowl MVP titles. By winning this Super Bowl, the team becomes the first in the NFL to win two consecutive titles with different coaches. The 49ers roster became one of the most productive in the playoff series, with a total of over 100 points in three post-season 1989 games.

Super Bowl XXIX was the first to feature two teams from California, with the 49ers competing against the San Diego Chargers. San Diego did not resist the 49ers, and San Francisco won an easy victory 49-26, becoming five-time Lombardi Trophy winners. Steve Young was voted MVP of the match with 325 passing yards and six touchdown passes, three of which went to Jerry Rice. In 1995, the 49ers were unable to renew their contract with Dion Sanders. With the start of the regular season, the team is plagued by a string of injuries to key players, including fullback William Floyd and quarterback Steve Young.