Let's know the game better and understand the NFL Draft Rules, fans are excited to see their favorite college players drafted and play with the pro clubs. 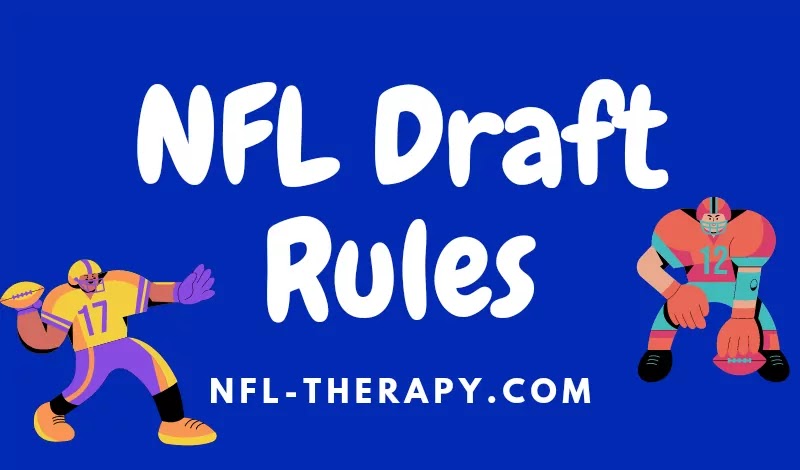 Every April, each NFL team holds a student draft in order to get new players to join, called the “NFL Annual Player Selection Meeting”, which is called the NFL Draft.

Each team will select players from the top players in the national universities, but before they will be invited to participate in the NFL Combine test, through a series of physical and mental tests, to show their talents and strength, they need to use this method to give Important people in NFL teams leave an impression so that they can be selected by a team in the three-day NFL draft.

During the draft process, 32 teams will be selected in seven rounds, and each team will get at least one draft pick in each round. The team's drafting order is determined in reverse according to the previous season's record ranking. It is possible to ensure the competitiveness of the NFL.

The team with the worst record will be selected first in each round, and the winner of the “Super Bowl” will be selected last. Teams can trade in signings to exchange future signings or players to improve their draft picks. Each team has a time limit during the draft.

If the decision is not completed within the allotted time, the team with the lower pick may draft before them. Although the sought-after No. 1 pick will be regarded as a future star, every player who wins the lottery in the last few rounds of the draft is also likely to become the second Russell Wilson.

Where can you find the official rules and regulations of Pro Football?

The National Football League has the official rules and regulations of Pro Football. NFL set of rules consist of Official’s Jurisdiction, positions and its duties. Football’s officials are the umpire, the referee, head linesman, line judge, field judge, side judge, and back judge.

NFL has the definitions of the game, Summary and Penalties, field end zone and the official markings to avoid confusion in terms of goal lines, sidelines, and end lines.

Other sets of rules like fumble, double foul, unfair acts, kicking from scrimmage and intentional grounding of forward pass are also imposed by the NFL. Official Rules and Regulations of NFL are followed by the players in the whole game season.