As we enter the final stretch before the NFL Draft, I want to share a collection of thoughts from the research that I have done on the General manager

As we enter the final stretch before the NFL Draft, I want to share a collection of thoughts and observations from the research that I have done on the NFL general managers. When I began this blog, I had assumptions that shaped how I looked at the draft, and it reflected in how I designed and shaped my mock drafts. Five drafts later, my understanding of this process has led me to view things much differently. Found below are some previously held ideas of mine, in addition to some newer theories that I am excited to test for accuracy. 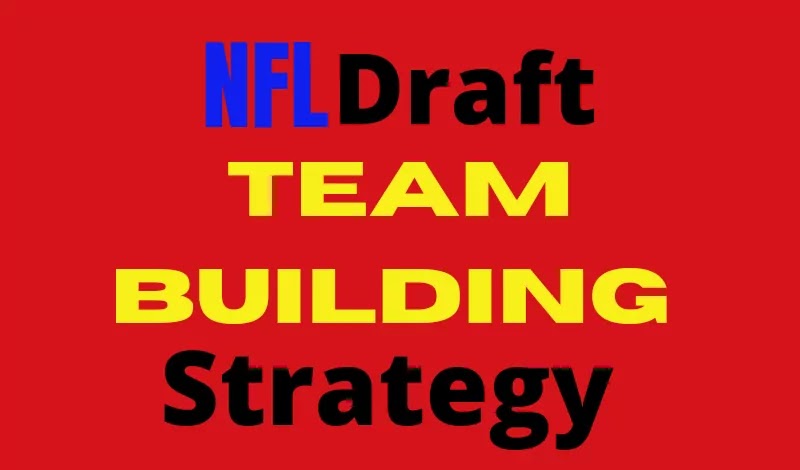 Original assumptions about how the draft works

2. Most, if not all team draft boards look pretty much the same (this makes big boards rather useful tools)

These assumptions eventually were replaced by newer ones:

Building a draft board

First, understand that this is a process.

A team’s draft board is usually made up of the 100 or 150 prospects that that team rated the highest. This sounds straightforward, but it requires us to go back and define the term “best.” What makes one player better than another, in the eyes of Team X?

1. Scheme fit-does this player have the skills to play in our scheme? Some teams are very scheme specific, while others are very flexible and prefer players with a high level of versatility

2. Physical Measurements– Teams sometimes place a premium on prospects who display a certain trait(s) such as height, weight, arm length, speed, and hand size. These specifications can be very specific, and varies from team to team. Most of these traits are natural, and cannot be coached, thus being heavily linked to perceived “upside.” More on that later.

3. On-field playing temperament-The majority of teams are looking for players who play the game a certain way. Franchises such as the Steelers, Ravens, and now the Seahawks have developed a very recognizable style of play. Does a prospect show that intensity, hustle, physicality, consistent effort on the field?

4. Off-field character-Is this player a leader/team captain? Do they have off field issues? If so, were these issues legal offenses or team rules violations? Teams want to feel comfortable with the character of the player they are bringing in. Certain teams are very strict in this area, and will remove players with certain issues off their board entirely. Pre-draft visits and interviews play a role in this area of evaluation.

5. Other traits-Some teams have additional factors that can increase their value considerably, such as special teams experience, being able to play multiple positions, or even experience playing in certain highly competitive conferences.

Measurables are a BIG deal. More or less, teams want players who look the part of an NFL player. Coaches can teach many things, but speed, length, and size they cannot improve significantly. This may seem obvious, but the more I study about it, the more I find this to be true.

The “targeting a player” approach to drafting

First of all, I contend that NFL teams use NFL free agency, and to some extent the college free agency to fill positions of need. The draft is for finding players that fit what that team does, regardless of position (except if they have a top quarterback). This theory does not eliminate the consideration of need from the equation, but it heavily de-emphasizes it by making it something of a tie-breaker.

Through my analysis of specific team drafting behavior, and by listening to post draft press conferences, teams do indeed target specific players, identifying which players they like the most, then maneuvering into position to select these players at spots close to league value.

Since rookie contracts no longer are quite so enormous, moving up and down in the draft has become much more prevalent, not to mention less costly. This further aids in the targeting approach to drafting.

How do teams decide to move up or down?

Here is an example:

Lets pretend we are looking at the draft board of the our favorite team, Team X.

The players on our board are listed along with their respective grades, (each player name will he the position he plays, and the number that follows is his draft grade). Our current draft pick is at number 11 overall.

Examining our board, you see there is a large drop off between prospect number 6 and 7. A good strategy would be for us to try to move up to select one of the top 6 players on our board if we do not think any will be available at our pick at #11. Now, if we are not the type of team that is aggressive in moving up, we may feel that we can move back and still get a good player while acquiring more picks. Building on the scenario above, lets now say that our top 6 guys are off the board and we are on the clock at #11. Here is how our board looks for the next 8 picks:

Now, we have another cluster of similarly rated players between prospects #9-19. This is a great opportunity to try to move back from #11. Why? We have 11 prospects with virtually the same grade. We could move back to the back end of that cluster, receiving additional picks plus a very good player.

Using the targeting approach to drafting, let’s go through this same example, but lets just say that we chose to stay put at #11 and select prospect #9 on our board. Assume that prospect #11 is very highly rated by us, and he fits our system much more than he fits other teams. His league value is probably around the early 2nd round pick So, if we really like this guy, we decide to trade up 5 spots to select him. Now we have acquired the number 9 and 11 players on our board. Nice work!

Are private workouts and interviews an indication of interest by a team?

Pre-draft interviews and visits between specific players and teams do not necessarily demonstrate strong interest. Teams will often bring in players with some off field issue to get more information on the prospect. However, this holds true primarily in regards to early round prospects. Clubs will frequently select players with whom they have met in the later rounds and in college free agency.

I hope this information is useful to you, and that it will help explain why some of the decisions you see are made. As you know, the thoughts provided here are based on studying the data and from reading as much as I can about this fascinating topic. I shared my thoughts, I’d love to hear yours as well!